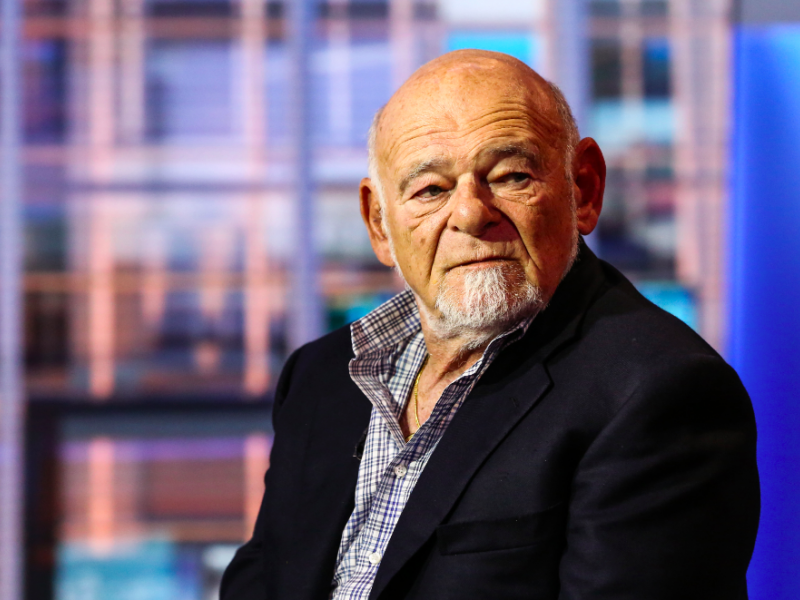 The Monmouth acquisition may remind some of another big deal in a hot real estate market: the $7.2 billion takeover in 2001 of Spieker Properties by Equity Office, an office real estate investment trust led by Zell.

Zell faced a lot of criticism from analysts and investors for buying Spieker, which had a heavy concentration of office buildings in tech-heavy markets, just as the tech market was crashing. Zell managed to write a happy ending to that story. He burnished his reputation as a savvy market timer by selling Equity Office in a $39 billion blockbuster deal in 2007, as the economy and office market were peaking.

That’s one reason few investors are willing to bet against Zell, a 79 year old with a $5.4 billion fortune, according to Forbes. Nicknamed the “Grave Dancer,” he’s best known as a buyer of distressed assets, but Zell describes himself as a “professional opportunist,” an investor with a much broader repertoire.

He saw an opportunity in 2014 when he teamed up with an investor group to take over the leadership of a company called Commonwealth REIT. The Newtown, Mass.-based office landlord faced criticism for poor management and conflicts of interest that depressed its share price. Dissident shareholders tossed out the board and brought in Zell and longtime lieutenant David Helfand to run the company.

They quickly moved the business to Chicago and renamed it Equity Commonwealth, an adopted sibling for Zell’s other two REITs, Equity Residential, a big apartment landlord, and Equity Lifestyle Properties, a mobile-home park owner.

Since then, Equity Commonwealth has been selling off buildings and amassing a war chest for a big acquisition. It only owns four office properties today. After the pandemic sent the economy and real estate market into the dumps last spring, many investors pondered the possibility of a major distressed deal.

That’s why some may have been surprised by the Monmouth deal. The REIT owns 120 properties totaling 24.5 million square feet, including nine in Illinois, and it’s not struggling with low occupancies or bad debt.

But Monmouth has obvious parallels to Commonwealth circa 2014. Its management and board also are facing criticism for insider-friendly arrangements and poor stock performance. Two shareholders have been agitating for change.

One of them, Blackwells Capital, a New York-based hedge-fund manager, made an unsolicited $18-per-share cash offer for the Monmouth in December. Even though it’s hard to find value in the industrial market today, a takeover could create value for Monmouth shareholders merely by putting its portfolio under new management.

Still, Blackwells could complicate matters for Zell by sweetening its bid for Monmouth. Equity Commonwealth’s friendly all-stock deal works out to $19.40 per share, or $19.58 including an extra dividend payment. Blackwells criticized the offer as “wholly inadequate” and said it will “consider its options” after reviewing merger documents.

That raises the prospect of a bidding war for Monmouth, something that Equity Commonwealth executives almost certainly have gamed out. Monmouth shares closed today at $19.35, up 6 percent. Factoring in a 4.5 percent decline in Equity Commonwealth shares and the stock exchange ratio set out in the deal, the trading activity suggests investors believe a higher bid is possible, according to Green Street Advisors, a California-based research firm. Many may be wondering how much Zell is willing to pay to join the herd.

This story has been corrected with information suggesting that investors believe a higher bid for Monmouth is possible.

The number of international homebuyers declined sharply throughout the United States in the past year amidst the global COVID-19 pandemic, according … END_OF_DOCUMENT_TOKEN_TO_BE_REPLACED

Tom Rodeno, 50, a 20-year veteran in representing industrial spaces for Colliers International, based out of the Rosemont office with the title of … END_OF_DOCUMENT_TOKEN_TO_BE_REPLACED

Chicago’s city officials move the deadline for submitting a proposal for the planned casino to October 29, looking for more bidders. Chicago … END_OF_DOCUMENT_TOKEN_TO_BE_REPLACED

A community in western Illinois has officially disbanded its police department over budget concerns. East Galesburg has been without its police … END_OF_DOCUMENT_TOKEN_TO_BE_REPLACED

The officer who died was the first Chicago cop shot and killed in the line of duty this year, Brown said. It's the first line-of-duty shooting … END_OF_DOCUMENT_TOKEN_TO_BE_REPLACED