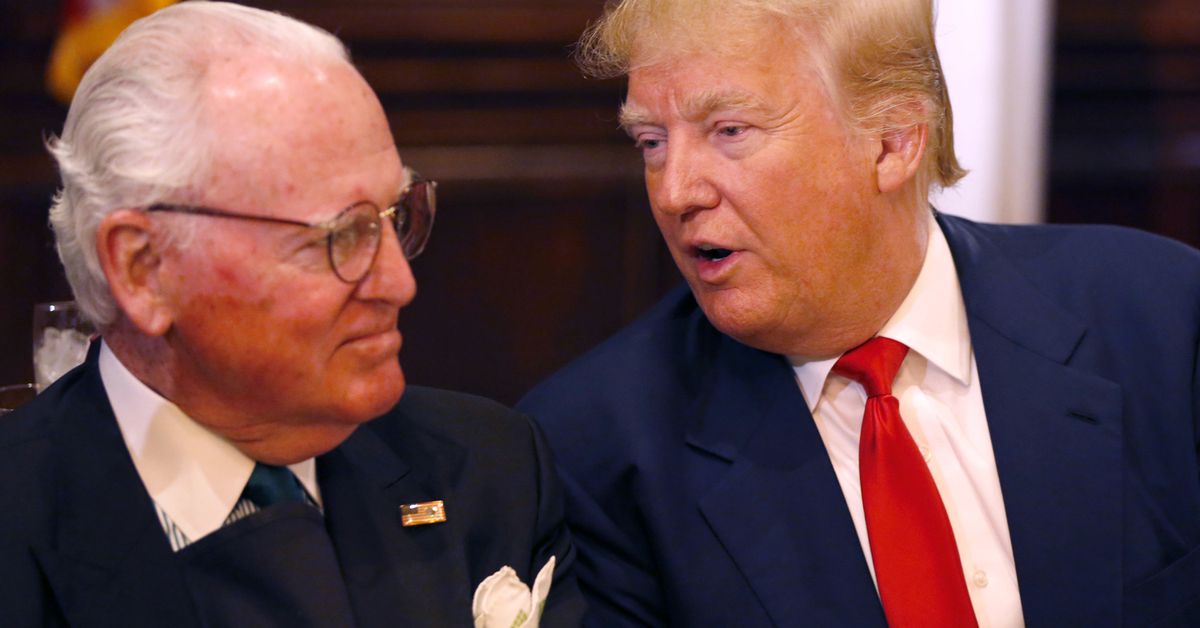 The Illinois Property Tax Appeal Board has decided former President Donald Trump is due a $1 million refund on his skyscraper’s 2011 tax bill, ruling last month that the Cook County Board of Review overestimated the value of the building’s hotel rooms and retail space.

But the Cook County State’s Attorney has filed suit with the Illinois Appellate Court, seeking to block the tax refund, which has yet to be issued.

If Trump ends up with the tax refund, it would come out of property taxes due to the city of Chicago and eight other government agencies, including Chicago Public Schools, which stands to lose the biggest chunk of money, about $540,000.

Burke’s former law firm Klafter & Burke had won more than $14 million in tax breaks for Trump over a dozen years, but the alderman ended the relationship in 2018, citing “irreconcilable differences” between the Chicago Democrat who represents a predominantly Hispanic 14th Ward, where residents objected to many of the Republican president’s policies.

A refund on the property tax bill for Trump International Hotel & Tower is being disputed.Sun-Times file photo

Burke has since been indicted by a federal grand jury on charges that he blocked businesses from getting city permits unless they hired his law firm. He has left the firm, but remains on the City Council while awaiting trial.

Trump’s current attorney, Patrick McNerney, couldn’t be reached for comment regarding the 2011 case that languished before the state agency for the past decade.

The appeal involves only the hotel rooms and the retail spaces, including the vacant storefronts along the Chicago River, which occupy about a third of the skyscraper. The residential condos aren’t part of this case.

Trump originally argued his vacant stores had no value because he never found any tenants to lease them. But the state agency rejected that argument, saying in a written opinion that those empty spaces “add contributory value to the overall building.”

Nevertheless, the state agency’s board voted 5-0 on June 2 to reduce the assessments on the building’s commercial property, which would trigger a refund of $1.03 million for Trump, slightly less than Burke had requested.

It’s contrary to a decision written by a hearing officer for the state agency in early 2018, who rejected Burke’s attempts to win a refund for Trump, arguing they had failed to prove that the county overvalued the building.

That report was shelved, and a new report was written by another staff member, who argued Trump and Burke had proven the skyscraper was overvalued and was entitled to a refund of $1 million. But the state agency delayed acting on the case while Trump was still president.

Then in November 2019, an anonymous employee from the state agency filed a complaint with the Illinois Office of Executive Inspector General, alleging the agency’s executive director, Mauro Glorioso, was leading the charge to give Trump a refund. Glorioso had made a few small campaign contributions. Glorioso has denied those allegations in a lawsuit he has since filed against the Chicago Sun-Times for disclosing the investigation.

O’Malley and the inspector general’s top lawyer declined to say if the investigation has concluded, but the board approved the rewritten staff report nearly two months ago, saying Trump’s company “had met its burden warranting reduction.”

On July 9, the county state’s attorney appealed to the Illinois Appellate Court. The Illinois Attorney General’s office intervened in the case on Monday on behalf of the appeal board.

Any decision by the appellate court can be appealed to the Illinois Supreme Court, headed by Burke’s wife, Chief Justice Anne M. Burke.

The number of international homebuyers declined sharply throughout the United States in the past year amidst the global COVID-19 pandemic, according … END_OF_DOCUMENT_TOKEN_TO_BE_REPLACED

Tom Rodeno, 50, a 20-year veteran in representing industrial spaces for Colliers International, based out of the Rosemont office with the title of … END_OF_DOCUMENT_TOKEN_TO_BE_REPLACED

Chicago’s city officials move the deadline for submitting a proposal for the planned casino to October 29, looking for more bidders. Chicago … END_OF_DOCUMENT_TOKEN_TO_BE_REPLACED

A community in western Illinois has officially disbanded its police department over budget concerns. East Galesburg has been without its police … END_OF_DOCUMENT_TOKEN_TO_BE_REPLACED

The officer who died was the first Chicago cop shot and killed in the line of duty this year, Brown said. It's the first line-of-duty shooting … END_OF_DOCUMENT_TOKEN_TO_BE_REPLACED