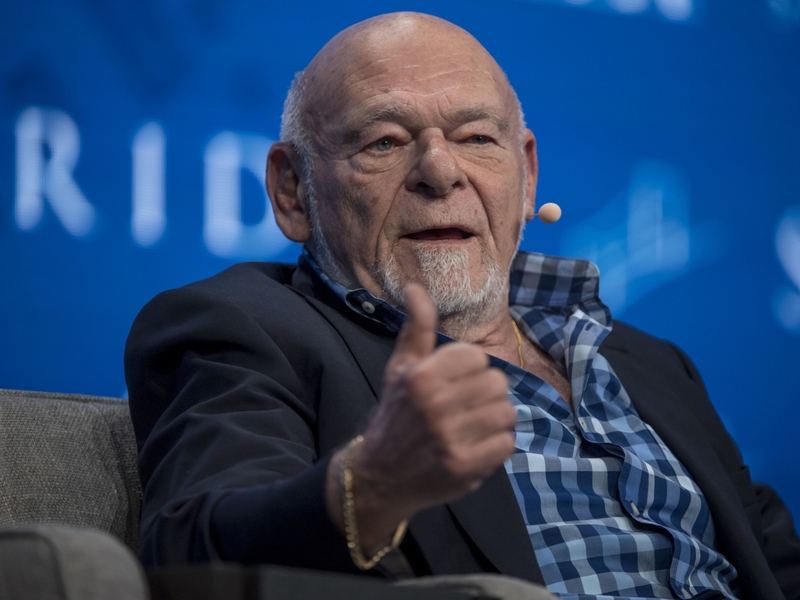 It’s a surprising deal for Equity Commonwealth, an office landlord taken over by a Zell-led group in 2014. The REIT has been selling off its office properties, including the Groupon headquarters building in River North, the past several years and amassing a big pile of cash for a major acquisition.

Though shareholders knew Equity Commonwealth was looking beyond the office market, many believed its target would be a distressed portfolio or company, given Zell’s reputation as a vulture investor. The all-stock deal is surprising, too, considering Equity Commonwealth has so much cash sitting on its balance sheet. It expects to have about $2.5 billion of cash on hand after completing the Monmouth acquisition.

But that will allow the company to load up on more properties in an industrial real estate sector that’s booming amid growth in logistics and e-commerce.

“Subsequent to the merger, we will have a very powerful company with an enormous amount of dry powder able to take advantage of what is we believe for the next four or five years may be the number one growth area in real estate,” Zell said on a conference call this morning to discuss the deal, according to a transcript.

But a big obstacle could be standing in Equity Commonwealth’s way: Blackwells Capital, a New York-based hedge fund manager that owns about 4 percent of Monmouth’s shares and has been agitating for change at the company. In December, Blackwells made an unsolicited $18-per-share cash offer for Monmouth, and the firm doesn’t sound like it’s ready to accept Zell’s deal and move on.

“The transaction as disclosed is wholly inadequate,” Blackwells said in a statement. “Had the company engaged with Blackwells, its fourth-largest shareholder, and not excluded it from the process, they would have seen we were prepared to potentially increase our all-cash offer.”

Equity Commonwealth’s deal works out to $19.40 per share, $19.58 per share including an extra dividend payment, according to a statement from the company. But unlike Blackwells, the REIT is not paying cash, often a drawback for some shareholders in big public company mergers. Blackwells didn’t say it plans to submit a new offer but said it will “consider its options” after reviewing merger documents.

After the acquisition, Equity Commonwealth President and CEO David Helfand would continue to lead the company and Zell will remain chairman. The REIT plans to sell its four remaining office properties in Colorado, the District of Columbia and Texas.

To some investors, the Monmouth deal may seem uncharacteristic for Zell, a contrarian who likes to zig when other investors zag. The expectation that Equity Commonwealth would scoop up a distressed company grew last year as the pandemic ravaged the economy and pushed many landlords into the financial trouble.

Though the retail and hotel sectors are still struggling, the market is recovering quickly and optimism is returning, limiting opportunities for distressed investors. The industrial market is especially hot, and Equity Commonwealth is merely joining the herd of investors stampeding into the sector.

But Monmouth does offer turnaround potential for Zell. Its stock performance in recent years has trailed that of its peers and it has come under criticism for its governance, with three members of the same family on its board, including President and CEO Michael Landy.

Blackwells and another shareholder, Stamford, Conn.-based Land & Buildings Investment Management, have been pushing for a shakeup of the Monmouth board. And Blackwells is critical of a friendly takeover offer accepted by Monmouth’s management and board.

“Shareholders should be inherently suspicious of a transaction that is more aligned with the Landy family’s interests than maximizing value,” the firm said in its statement.

But Land & Buildings, which owns less than 1 percent of Equity Commonwealth’s shares, likes the deal. Jonathan Litt, the investment firm’s founder and chief investment officer, commended Monmouth’s board in a tweet, saying the agreement “appears to be a great outcome for all shareholders.”

The acquisition has similarities to the takeover of Equity Commonwealth in 2014, when the company, then based in Massachusetts, was known as Commonwealth REIT. Frustrated with the performance of the REIT and critical of its governance, two large shareholders managed to overthrow the company’s management and install new trustees, including Zell.

The company changed its name and moved its headquarters to Chicago, joining two other Zell-led REITs based here, Equity Residential, which owns apartments, and Equity LifeStyle, which owns mobile-home parks. Zell is also on the hunt for a big deal through a recently formed special purpose acquisition company, or SPAC, called Equity Distribution Acquisition, that he formed last year.

Monmouth owns warehouses across the country, including nine in Illinois. Its biggest Chicago-area property is a 171,000-square-foot warehouse in Montgomery leased to Home Depot, according to the REIT’s 2020 annual report.

But Monmouth relies heavily on one tenant, FedEx, which accounts for 55 percent of the REITs annual rent. Equity Commonwealth plans to diversify the company’s tenant base through acquisitions.

“Monmouth provides an attractive and scalable platform,” Helfand said in the statement. “With significant cash and balance sheet capacity, we have the ability to grow the platform and create long-term value for shareholders.”

The number of international homebuyers declined sharply throughout the United States in the past year amidst the global COVID-19 pandemic, according … END_OF_DOCUMENT_TOKEN_TO_BE_REPLACED

Tom Rodeno, 50, a 20-year veteran in representing industrial spaces for Colliers International, based out of the Rosemont office with the title of … END_OF_DOCUMENT_TOKEN_TO_BE_REPLACED

Chicago’s city officials move the deadline for submitting a proposal for the planned casino to October 29, looking for more bidders. Chicago … END_OF_DOCUMENT_TOKEN_TO_BE_REPLACED

A community in western Illinois has officially disbanded its police department over budget concerns. East Galesburg has been without its police … END_OF_DOCUMENT_TOKEN_TO_BE_REPLACED

The officer who died was the first Chicago cop shot and killed in the line of duty this year, Brown said. It's the first line-of-duty shooting … END_OF_DOCUMENT_TOKEN_TO_BE_REPLACED