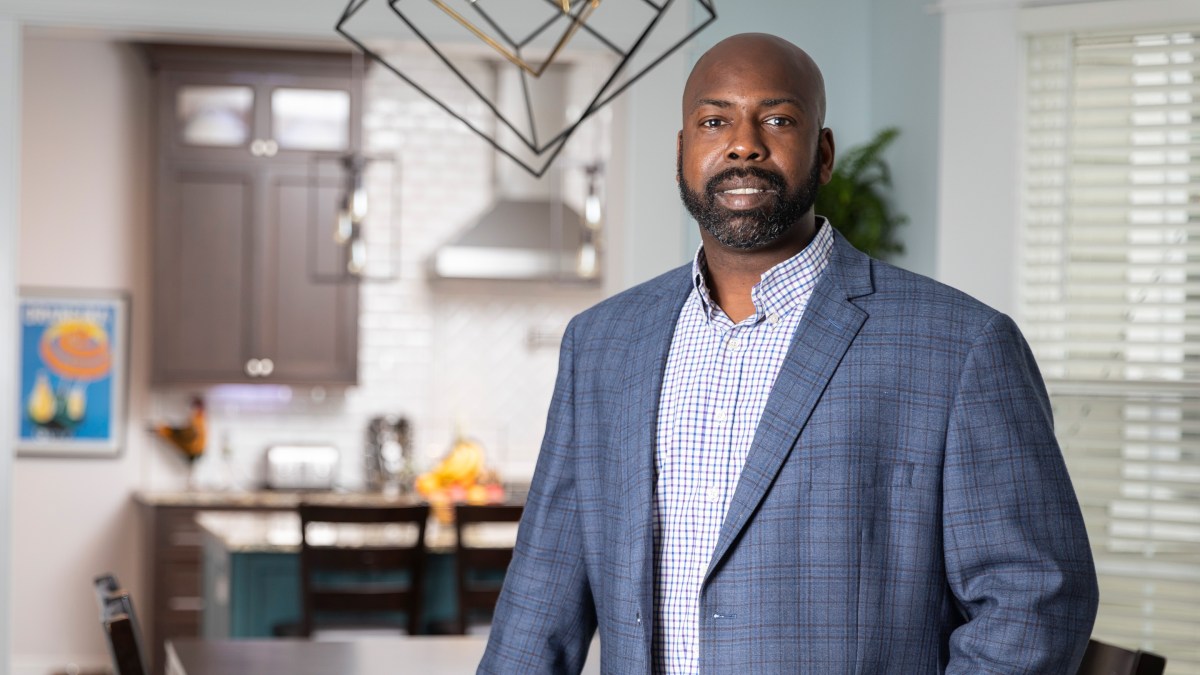 Don and Solonge Robinson live with their two young children in the Woodlawn neighborhood of Chicago’s South Side. Their renovated farmhouse was built in the late 1800s. Light pours in from multiple windows even on a rainy day. The Robinsons’ favorite space in the home is their spectacular kitchen.

Last year, the Black couple refinanced their home. The appraisal — $480,000 — shocked them.

“And that $660,000 was reflective of the comps in our area in walking distance. We weren’t pulling numbers out of the sky,” Solonge Robinson added.

As a real estate agent, Don Robinson said, he has seen the devaluing of Black homes in Black neighborhoods in Chicago, with little recourse for the owners.

The federal government and professional appraisal associations removed explicit race language in the process of determining home values in the late 1970s, said Elizabeth Korver-Glenn, a sociologist who co-authored a study on the appraisal race gap. The study found that a racial lens on appraisals still harms Black communities. A combination of the historical legacy of undervaluing Black neighborhoods, segregation, lack of knowledge of Black communities and stereotyping contribute to the wide disparity between appraised values in Black and white neighborhoods across the country.

Lenders require appraisals, which is among the final steps in purchasing or refinancing a home with a mortgage. Licensed appraisers evaluate properties for quality, upgrades and number of rooms to determine the market price. To assist the process, appraisers use comparables, or “comps” — the prices of recently sold homes nearby.

Sociologists Korver-Glenn and Junia Howell published a study last year that found the neighborhood race appraisal gap nearly doubled in the U.S. from 1980 to 2015. Across all years, neighborhoods with large Black and Latinx populations had lower appraised values. The lower values were partially due to historical policies that led to the building of smaller and more densely concentrated homes in Black and Latinx neighborhoods as well as contemporary policies that perpetuate socioeconomic inequality across racial groups. Yet, even when the researchers considered all of this and compared neighborhoods with homes of the same size and quality and with comparable socioeconomic status and location, the inequalities in appraised values still existed.

For example, they compared neighborhoods whose houses, socioeconomic status and location matched the national medians. Homes in Black and Latinx neighborhoods whose housing and demographic characteristics matched the national averages were valued at $125,000 in 2015. Yet, homes in white neighborhoods with these same housing and demographic characteristics were valued at $370,000 — or $245,000 more than their counterparts in Black and Latinx areas.

The scholars drilled down their analysis to show the Chicago-area racial gap. They created a model comparing similar-style houses in similar socioeconomic neighborhoods with racial demographics as the only difference. In 1980, there was a $50,000 gap between Black/Latinx neighborhood home values and white ones. In 2015, that gap was $324,000.

“Racial inequality is actually increasing over time — suggesting that our contemporary practices, not just our historical legacy, are exacerbating and contributing to how we are further racialized in these spaces and actually valuing white spaces as more valuable despite being really similar,” said Howell, an assistant director at Boston University’s Center for Antiracist Research.

Korver-Glenn, author of the new book “Race Brokers: Housing Markets and Segregation in 21st Century Urban America,” said that since the inception of appraisals in the 1930s, appraisers considered neighborhoods desirable if they were homogenous. White buyers are still considered the default.

“The training materials that they’re using teach them to define neighborhoods as homogenous places. They teach them to draw boundaries around demographically similar areas,” she said.

The Appraisal Institute describes itself as the industry’s largest professional association. In an email, the organization said its methodologies are grounded in fair and objective economic principles.

Jason O’Beirne, a Chicago real estate agent, said he’s seen nervous appraisers pull up in Black neighborhoods. So O’Beirne has used his whiteness by being present at appraisals.

“I definitely believe that my skin color influences positively amongst these appraisers, and secretly I’m wondering if that’s why I’m hired for some of these opportunities because people know maybe there’s an advantage to the color of my skin to set these appraisers at ease,” O’Beirne said.

In early June, the Joe Biden administration announced plans to address the disparity in appraisals as part of an effort to narrow the racial wealth gap. “The impact of these disparities in home appraisals can be sweeping, limiting homeowners’ ability to properly benefit from refinancing or re-selling their homes at higher valuations and thereby contributing to the already-sprawling racial wealth gap,” the administration said.

A number of local groups are studying what can be done to change the appraisal industry, including Illinois Realtors, which represents 50,000 professionals in the state. Don Robinson is on a task force that’s collecting appraisal complaints.

The Robinsons said they appealed their home’s appraisal to the appraiser company — and lost. That led Robinson to contemplate whether he should start a business that helps Black homeowners erase their presence, taking down Black photographs and artwork so their properties can sell at a higher prices.

“One of the things that really hurt us most is that we do have to take the Blackness out, which really shouldn’t have an impact on the value of a home,” Robinson said.

The Robinsons said that takes a psychological toll and sends the message that they and other Black families don’t belong. And this appraisal has left them with a house they think is undervalued, which also reduces their wealth.

The number of international homebuyers declined sharply throughout the United States in the past year amidst the global COVID-19 pandemic, according … END_OF_DOCUMENT_TOKEN_TO_BE_REPLACED

Tom Rodeno, 50, a 20-year veteran in representing industrial spaces for Colliers International, based out of the Rosemont office with the title of … END_OF_DOCUMENT_TOKEN_TO_BE_REPLACED

Chicago’s city officials move the deadline for submitting a proposal for the planned casino to October 29, looking for more bidders. Chicago … END_OF_DOCUMENT_TOKEN_TO_BE_REPLACED

A community in western Illinois has officially disbanded its police department over budget concerns. East Galesburg has been without its police … END_OF_DOCUMENT_TOKEN_TO_BE_REPLACED

The officer who died was the first Chicago cop shot and killed in the line of duty this year, Brown said. It's the first line-of-duty shooting … END_OF_DOCUMENT_TOKEN_TO_BE_REPLACED