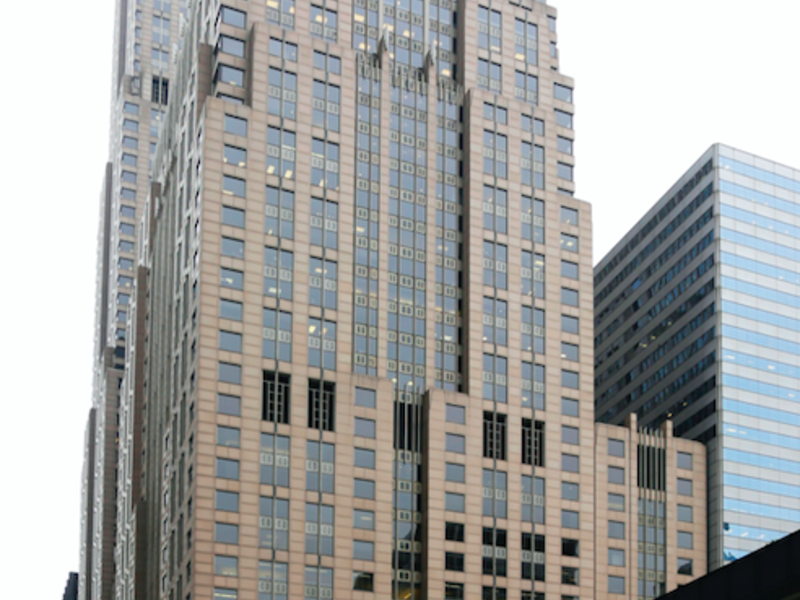 Ipsos had been looking to consolidate its local staff into a new office to integrate workers from local business units it had acquired from rivals, said Ipsos President and Chief Client Officer Claire Hanlon, “and the pandemic basically allowed us to (accelerate) the speed at which we could do that.”

Instead of building out desk space at its new office to accommodate all of the company’s nearly 400 Chicago-based workers, Ipsos is planning more “social spaces” with its smaller overall footprint and “user experience lab” areas where it will work with clients, Hanlon said. “We’re just going to organize the space that’s there a little differently, so that we can have collaboration that supports the value of being in person, as well as team members that won’t necessarily be in the office at the same time.”

That approach is good news for downtown office landlords worried about companies abandoning office space altogether. But it also reinforces a harsh reality that demand for space may have shrunk for good even as owners grapple with the highest downtown office vacancy rate on record, according to data from brokerage CBRE.

Hanlon said Ipsos looked at several downtown office buildings but settled on the Franklin because of its location and amenities. “All of the stuff that we’re looking to have as part of our employee and client environment—this building allowed us to make that happen more simply,” she said.

Hanlon declined to share financial terms of the lease for the company’s largest U.S. office, but said the building’s owner, New York-based Tishman Speyer, was “very willing to work with us—that helped a lot.”

The lease for the 11th floor in the 60-story tower is a win for Tishman Speyer, which is backfilling space vacated last year by West Monroe Partners when the business and technology consulting firm moved to 311 W. Monroe St. A Tishman Speyer spokesman declined to comment.

On the losing end of the deal is the real estate unit of Deutsche Bank, which has owned the 35-story office building at 222 S. Riverside—known as the Fifth Third Center—since 2014. Ipsos, which picked up the office location on the building’s fourth and fifth floors through its 2011 acquisition of market research rival Synovate, is one of the largest tenants today in the 1.2 million-square-foot building. The property today is 87 percent leased, according to real estate information company CoStar Group.

Downtown office leasing activity has started to show signs of life during the second quarter after a year in which most companies avoided making new commitments to workspace. Companies including consumer products giant Kimberly-Clark, Lactalis Heritage Dairy, Impact Networking and furniture designer Teknion have all signed new or expanded leases in recent weeks.

But tenants during the pandemic have been steadily moving out of more office space than they’ve occupied. Net absorption, which measures the change in the amount of space leased and occupied compared with the previous period, fell nearly 627,000 square feet downtown during the first quarter, according to CBRE. That was the biggest loss of demand since first-quarter 2010, when the downtown market lost more than 700,000 square feet of tenants—the most CBRE has ever tracked for a single quarter.

The number of international homebuyers declined sharply throughout the United States in the past year amidst the global COVID-19 pandemic, according … END_OF_DOCUMENT_TOKEN_TO_BE_REPLACED

Tom Rodeno, 50, a 20-year veteran in representing industrial spaces for Colliers International, based out of the Rosemont office with the title of … END_OF_DOCUMENT_TOKEN_TO_BE_REPLACED

Chicago’s city officials move the deadline for submitting a proposal for the planned casino to October 29, looking for more bidders. Chicago … END_OF_DOCUMENT_TOKEN_TO_BE_REPLACED

A community in western Illinois has officially disbanded its police department over budget concerns. East Galesburg has been without its police … END_OF_DOCUMENT_TOKEN_TO_BE_REPLACED

The officer who died was the first Chicago cop shot and killed in the line of duty this year, Brown said. It's the first line-of-duty shooting … END_OF_DOCUMENT_TOKEN_TO_BE_REPLACED