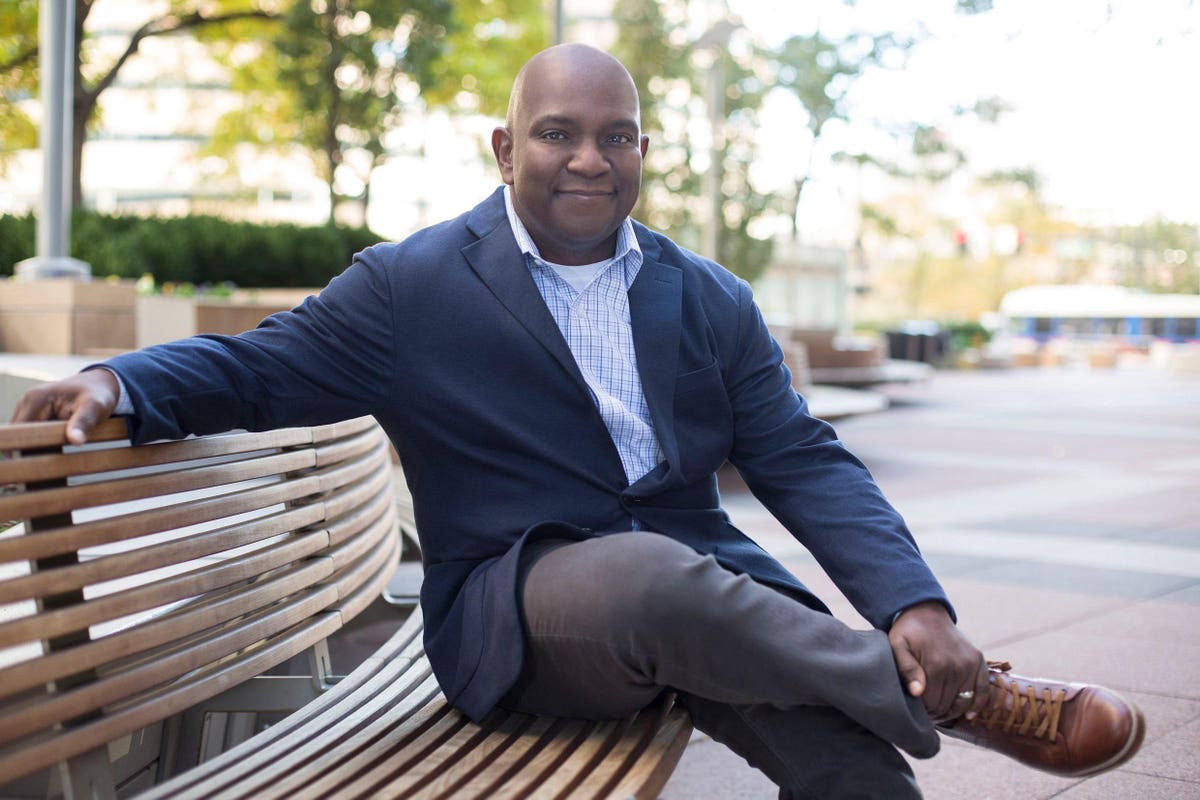 Last year, Chicago real estate investor and economic development proponent Lyneir Richardson decided it was time to step up the mission of his company. Richardson had founded Chicago TREND Corp. five years earlier to make loans to entrepreneurs of color, the better to help them open businesses and develop the economy in urban neighborhoods.

But with the pandemic and its especially heavy toll on Black Americans, along with protests over racial injustice, he readjusted his focus: help people of color own commercial real estate, thereby building wealth, while also allowing neighborhoods to thrive and local communities to feel they have a stake in that success. “We want people to experience a sense of pride and ownership,” he says. “That’s our goal—to facilitate that ownership,” he says.

To that end, he just closed on a $6.2 million shopping mall in Baltimore, partially funded with money raised through a crowdfunding campaign from more than 100 local investors.

Richardson started out working for a bank as a lawyer, a job he found, “boring as heck,” he says, with one exception—smaller loans the bank made to small businesses. So he left and got involved in a variety of real estate and economic development efforts, including nine years running his own real estate development company in Chicago and four years in charge of economic development in Newark, working for then-Mayor Cory Booker.

Since 2014, he’s been executive director of Rutgers Business School’s Center for Urban Entrepreneurship and Economic Development, a program that supports women and people of color who are starting their own ventures.  “I’ve been chasing the same goal of getting capital to people who other people overlook and undervalue,” he says.

He founded Chicago TREND in 2016 with financing from MacArthur Foundation and Chicago Community Trust, along with smaller organizations, such as the American Baptist Home Mission Society and Living Cities. Total funding eventually came to $15 million.

Some of his investments included a nearly 12,000-square-foot structure in the historically rich Chicago neighborhood of Bronzeville that will have two theater spaces, with the aim of becoming an epicenter for the community; a mixed-use development on the former site of public housing, an elementary school and strip mall that will include a grocery store and other retailers, along with residential units; and a property on Chicago’s west side, where a popular Black-owned restaurant on the city’s affluent north side will open a second location and event space.

A Year of Clarity

But then came 2020. In March, it became clear to Richardson there was an urgent need to find new ways to close the racial wealth gap—and ownership of commercial real estate was one answer. In May, after protests and looting following the killing of George Floyd, he took a further step: engaging in development which would allow communities of color to feel invested, both financially and personally, in their neighborhoods. “Last year was a year of clarity,” he says. “There is civil unrest because people have no connection to or ownership of these assets.”

To that end, he decided to expand to three lines of business: small business advisory services, development advisory services aimed at boosting real estate development projects in minority neighborhoods and shopping center acquisition, done in partnership with Black entrepreneurs and community members. Specifically, that meant buying shopping centers in Black communities and structuring those deals by working with local community investors. Richardson would do all the upfront work, like property identification and site evaluation. Then if it made sense, Chicago TREND would make up to 50% of the financing available to local investors.

The focus was on local neighborhood shopping centers that are “non-Amazonable”, as Richardson puts it. In other words, their tenants are establishments selling necessary services, like an insurance office or a hair salon, that are unlikely to be gobbled up by Amazon.

Crowdfunding from the Community

The most recent investment is in the 47,000 square-foot Walbrook Junction Shopping Center in West Baltimore. To help fund it, Richardson had a brainstorm: Why not open up the investment opportunity to the larger community, instead of a few local investors? So, starting in February, he ran a crowdfunding campaign on Small Change, asking for a minimum investment of $1,000. After a story on the project ran in the Baltimore Sun, interest skyrocketed. Within 48 hours, the campaign was oversubscribed, with $330,000 raised from around 130 investors.

As far as Richardson is concerned, this is only the beginning. He feels he’s proven the concept—and now he wants to expand. With that in mind, he’s talking to shopping mall owners in North Carolina, Houston, Cleveland and Cincinnati. “We own about $15 million of assets and want that to be $100 million in the next 18 months,” he says.

The number of international homebuyers declined sharply throughout the United States in the past year amidst the global COVID-19 pandemic, according … END_OF_DOCUMENT_TOKEN_TO_BE_REPLACED

Tom Rodeno, 50, a 20-year veteran in representing industrial spaces for Colliers International, based out of the Rosemont office with the title of … END_OF_DOCUMENT_TOKEN_TO_BE_REPLACED

A community in western Illinois has officially disbanded its police department over budget concerns. East Galesburg has been without its police … END_OF_DOCUMENT_TOKEN_TO_BE_REPLACED

The officer who died was the first Chicago cop shot and killed in the line of duty this year, Brown said. It's the first line-of-duty shooting … END_OF_DOCUMENT_TOKEN_TO_BE_REPLACED