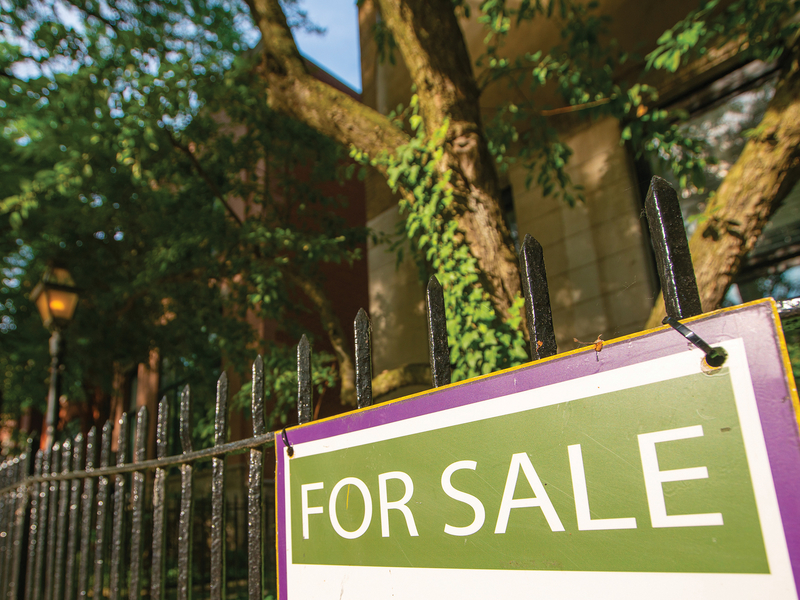 Linda Dressler, a Re/Max Suburban agent based in Schaumburg and the president of the Mainstreet Organization of Realtors, says the Kumars are among a series of homeowners who this spring have come to her on fact-finding missions because they’ve seen their friends’ and neighbors’ homes sell for tantalizingly high prices.

“When I give them an estimate” of what their home might sell for and how fast it might move, Dressler says, “they say, ‘Are you kidding me?’ “

Both Dressler and Kumar decline to divulge what the estimate is on Chippendale Road, but Kumar says, “prices look very good now.”

Prices do look good if you’re selling or considering it. After years of sluggish growth in home values that barely lifted homeowners’ equity stake, the twin sparks of low interest rates and the pandemic lit a fuse for the current market boom. The S&P CoreLogic Case-Shiller Indices reported that in March, Chicago-area home values were up 9 percent from a year before, the biggest increase in since spring 2014 and six times the increase of a year earlier.

In another lens, the eye of the homebuyer, that same 9 percent increase may seem intimidating, like a red flag signaling that homes are becoming less affordable.

That’s true, but relative to supercharged housing markets like Phoenix, where prices were up 20 percent in March, and San Diego, up 19.1 percent, Chicago is mellow. Affordability may be declining, but it’s not hurtling downhill.

Homes routinely sell for more than the asking price this spring, but for the most part they’re just a few percentage points higher, incrementally above comparable sales. Chicago isn’t Washington, D.C., where a house in Chevy Chase Village recently sold for $1 million over the asking price, a premium of 23 percent.

Chicago prices are rising fast enough to pull sellers into the market but not so fast that they scare all the buyers out of the market. The combination puts our housing market in a sweet spot: no longer too cold and not too hot. In Chicago real estate, it’s as close to a Goldilocks moment as it’s been in many years.

According to First American Financial’s Real House Price Index for March, home affordability was down less than half as much in Chicago than nationwide compared to a year earlier. In Kansas City and Phoenix, affordability dropped at more than 10 times the rate in Chicago.

The index compared Chicago’s house price growth of about 10.6 percent for the year to its 9.2 percent growth in household buying power, which is a measure of both income growth and interest rates. The difference, 1.4 percentage points, shows prices sightly outpaced buying power. Nationwide, the gap was 3.1 percentage points. In Kansas City, it was 16.2 percent, and in Phoenix, 16 percent.

Those two cities’ figures alone should give Chicago homebuyers some comfort, but comfort doesn’t pay for that North Mayfair bungalow. As Odeta Kushi, deputy chief economist at Santa Ana, Calif.-based First American Financial, notes, “All real estate is local. Chicago buyers are paying attention to what’s going on in the Chicago market.”

Kushi acknowledges that while buyers here lost ground, “it’s not extreme,” and that at the same time, “homeowners are in a good spot because they’re sitting on a lot more equity than they were.”

If they’re selling, that equity can be put to good use on buying the next home. If they’re not selling, the boost to their household wealth “is certainly good news,” Kushi says.

Rising home prices can also comfort buyers “if it looks like it’s going to be the pattern,” says Luis Lopez, assistant professor in the Stuart Handler department of real estate at the University of Illinois at Chicago.

During the Chicago real estate market’s long slog back from the depths of the 2006-07 housing bust, homeownership didn’t look as financially fruitful as it had for previous generations. Many millennials opted to rent housing and invest in other realms, Lopez says.

When interest rates made buying a house super-cheap and the pandemic made having a big backyard desirable, “homeownership looked good,” Lopez says. The question, he says, will be whether it works for them long term, whether “they can see there will be future equity growth and a profit from homeownership.”

Factors that will figure into that equation include the city’s ongoing population drain, which gradually reduces the buyer pool for homes, and the strength or weakness of the rental market.

“If rents begin to decrease, existing renters will have little incentive to become homeowners,” Lopez says. “They’d be better off just renting and putting what would have been a down payment into a diversified portfolio” instead of watching an investment in a home creep upward as it did for so many years before the real estate market exploded.

The number of international homebuyers declined sharply throughout the United States in the past year amidst the global COVID-19 pandemic, according … END_OF_DOCUMENT_TOKEN_TO_BE_REPLACED

Tom Rodeno, 50, a 20-year veteran in representing industrial spaces for Colliers International, based out of the Rosemont office with the title of … END_OF_DOCUMENT_TOKEN_TO_BE_REPLACED

A community in western Illinois has officially disbanded its police department over budget concerns. East Galesburg has been without its police … END_OF_DOCUMENT_TOKEN_TO_BE_REPLACED

The officer who died was the first Chicago cop shot and killed in the line of duty this year, Brown said. It's the first line-of-duty shooting … END_OF_DOCUMENT_TOKEN_TO_BE_REPLACED