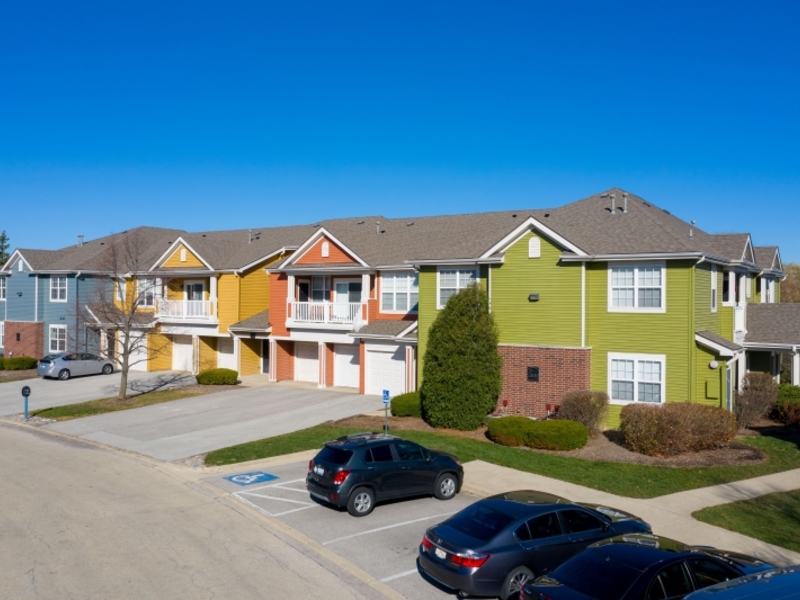 The BH Equities venture paid about $320,000 a unit, or roughly $103 million, for Glenmuir, according to people familiar with the transaction. That’s within the expected price range for the property, but it’s 66 percent more than the $61.8 million that Connor, which is based in suburban Dayton, paid for Glenmuir in 2014.

Though the pandemic drastically disrupted the downtown apartment market, suburban properties escaped with little trauma. Suburban rents hit a record high in the first quarter, and the suburban occupancy rate rose to its highest level since 2016, according to the Chicago office of Integra Realty Resources, an appraisal and consulting firm.

“You can pay up and still get a return on your equity,” he says.

Given how much investors are paying for apartments in the suburbs, 2021 could be a very big year for apartment sales, with more landlords deciding it’s a good time to cash out and putting their properties up for sale.

“There is an incredible amount of product on the market right now and more stuff is coming out,” DeVries said.

A BH spokeswoman declined to comment. With more than 51,000 units, BH is the 20th-biggest apartment owner in the nation, according to the National Multifamily Housing Council. Including Glenmuir, BH owns 14 properties in the Chicago area, none in the city, according to its website. In its most recent local acquisition before Glenmuir, a BH joint venture paid $96 million in December 2019 for Railway Plaza, a 417-unit property in Naperville, about six miles north of Glenmuir.

At $103 million, the Glenmuir deal is the largest suburban Chicago apartment sale since October 2018, when Wheaton Center, a 758-unit property in downtown Wheaton, sold for $131 million.

Glenmuir is 100 percent occupied, according to real estate information provider CoStar Group. The property’s average apartment rents for $1.67 per square foot, up from $1.62 a year earlier, according to CoStar. Rents range from $1,602 per month for a one-bedroom unit to $2,242 for a three-bedroom. The complex generates net operating income of about $4.8 million to $5.0 million, according to a person familiar with the property.

ARA Newmark, the brokerage that sold Glenmuir, pitched the property to investors as value-add opportunity, or a fixer-upper. BH can boost the value of the property with improvements like new cabinetry and flooring in its apartments and a renovation of its clubhouse, updates that would allow it to hike rents. An ARA Newmark executive did not return a call.

Connor, which oversees a $3.7 billion portfolio, owns apartments as far east as Raleigh, N.C., and as far west as Denver. In the Chicago area, the company owns properties in Arlington Heights, Glenview and Wheaton, near Naperville. In a statement, the company said it plans to continue operating in the Naperville market long-term, “anticipating it will continue to outperform other areas of the Chicago real estate market.”

The number of international homebuyers declined sharply throughout the United States in the past year amidst the global COVID-19 pandemic, according … END_OF_DOCUMENT_TOKEN_TO_BE_REPLACED

Tom Rodeno, 50, a 20-year veteran in representing industrial spaces for Colliers International, based out of the Rosemont office with the title of … END_OF_DOCUMENT_TOKEN_TO_BE_REPLACED

Chicago’s city officials move the deadline for submitting a proposal for the planned casino to October 29, looking for more bidders. Chicago … END_OF_DOCUMENT_TOKEN_TO_BE_REPLACED

A community in western Illinois has officially disbanded its police department over budget concerns. East Galesburg has been without its police … END_OF_DOCUMENT_TOKEN_TO_BE_REPLACED

The officer who died was the first Chicago cop shot and killed in the line of duty this year, Brown said. It's the first line-of-duty shooting … END_OF_DOCUMENT_TOKEN_TO_BE_REPLACED