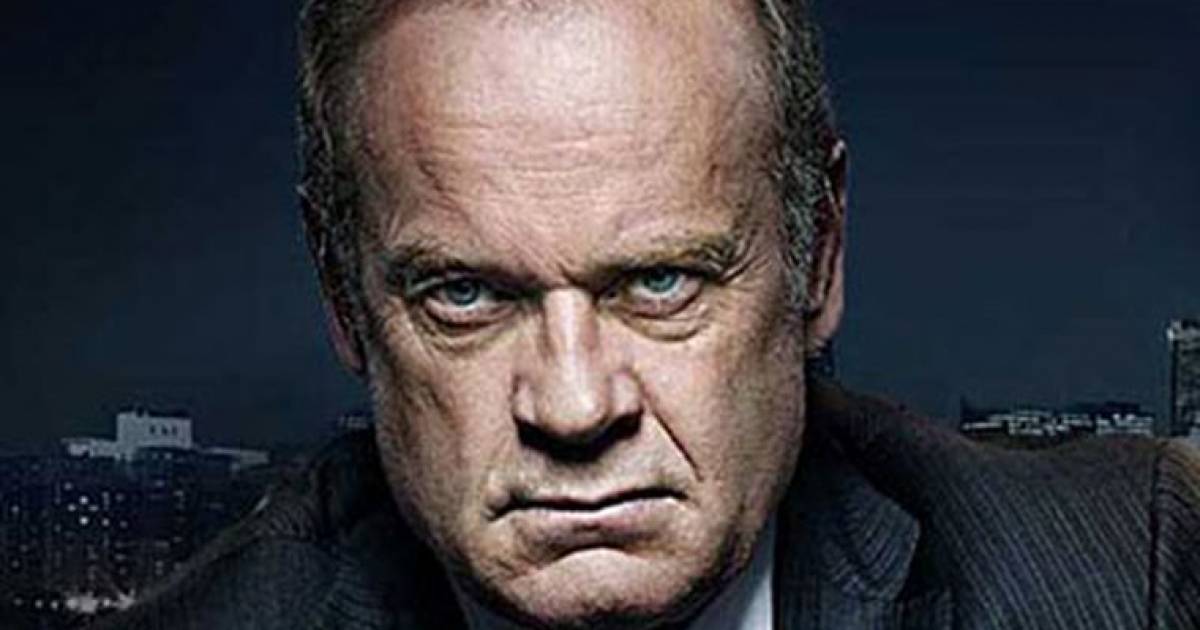 “You’ll know when it comes up. You won’t have to ask.”

—The Institutional Foundations of the Horgan-Weaver Sellout

By 1995, the Mike Harcourt government’s Commission on Resources and Environment had played out. The multiyear public process that began in early 1992 had created “stakeholder” “tables” of government-selected “representatives” of environmental, industrial, and recreational interest groups to create regional land use plans in the Kootenays, Eastern Vancouver Island, and the Cariboo-Chilcotin.

This process was supposed to end BC.’s “War in the Woods” and had enjoyed substantial buy-in from the various groups represented at the tables. CORE created new protected areas and, to placate industry, also created unprecedented new “dedicated-use” areas of public land for specific industries, most notably the Elk Valley coal mining sector.

The origins of CORE went back to a news conference Harcourt had held in 1990, announcing an end to the “War in the Woods”. That was the media’s name for the many land-use conflicts around the province that escalated to the point of large-scale civil disobedience and, in especially contested valleys like the Stein (Stagyn), tree-spiking and more radical forms of direct action.

At the news conference, while Harcourt was still leader of Her Majesty’s Loyal Opposition, internationally renowned environmentalist Colleen McCrory, president of the Valhalla Wilderness Society, the woman who had named B.C. “Brazil of the North”, joined hands with Jack Munro—the environmentalist-hating president of B.C.’s branch of the International Woodworkers of America, who had sabotaged a general strike in 1983—to announce that B.C.’s woods would soon achieve peace in our time.

Few environmentalists publicly dissented. Paul George and Adriane Carr, founders of Western Canada Wilderness Committee, were among the very few prominent and well-funded environmental leaders not to join the consensus around Harcourt’s plan. But Carr and George were atypical opponents. George, who ran for the Greens in 1991 against the sitting premier Rita Johnston, publicly stated that trying to address climate change was as futile as trying to stop a volcano and that one had to focus on the basics of putting fences around new groups of trees.

Opponents of CORE like me and my mentor, David Lewis, opposed CORE not just because it was only permitted to protect a maximum of 12 percent of the province’s land base from logging, but because it and its most prominent supporters were opposed to making climate change part of the conversation.

McCrory and her allies, like Ric Careless of the World Wildlife Fund (WWF), worried that their park-creation agenda would be hurt if people like Lewis shaped the discourse. Beginning in 1989, Lewis had been showcasing mathematical models of atmospheric change showing that a rapidly changing climate would destroy B.C.’s old-growth trees “whether they are cut down or not”.

In the mathematical models he showcased, forests would have to move toward the poles at somewhere between three and eight times the rate ecosystems in the fossil record had moved during prior episodes of rapid warming.

There were reasons major international environmental groups tended to be part of that consensus. Organizations like the WWF and Greenpeace had branch offices or affiliates in B.C. that received money from around the world because their temperate rainforest “campaigns” were headquartered out of their Vancouver offices. Funding for these offices and access to international funds and profile were contingent on old-growth forest preservation continuing to shape B.C.’s environmental discourse.

Also, many organizations raised much of their money through door-to-door canvassing and direct-mail fundraising at the time. There is no question that, especially in outdoorsy neighbourhoods like Kitsilano and Fernwood, people were much more willing to open the chequebook to support a new park than a climate-action campaign that might tax or ban the SUV that they planned to drive to it.

While most of B.C.’s environmental activists threw themselves into CORE, a minority of us demanded that science—not brokerage—govern land-use planning and that the climate needed to be placed at the centre of the conversation.

In 1991, McCrory and Lewis, who lived not far apart in the rural Slocan Valley, came into public conflict as McCrory attempted to push the local Green Party candidate out of the impending election. She argued that if the NDP did not win the riding of Nelson-Creston, it would “ruin everything I have ever worked for in my entire life”.

But the rift remained. At a hastily-organized press conference, McCrory endorsed the party but still refused to speak to me, look directly at me or say my name, even though I, as party leader, had rushed to Nelson from hundreds of kilometres away to accept her support. A Jean Chrétien–Paul Martin press conference writ small.

Video of War in the Woods remembered

Following the 1996 election, the NDP’s next premier, Glen Clark, focused on a number of industrial development plans designed to reinvigorate the party’s waning support from blue-collar workers. The most-remembered was his attempt to kickstart an aluminum-hulled shipbuilding industry in B.C. by instructing the Crown’s B.C. Ferries Corporation to order the first of these ships. B.C.’s rentier elite saw their power threatened by Clark’s import-substitution industrialization plans and orchestrated a major capital strike.

But lost in that story is the most substantive and long-lasting part of Clark’s industrial strategy: a massive expansion of petroleum, especially fracked natural gas, in the province’s northeast. The government presided over an increased subsidy regime and a massive increase in B.C.’s participation in the petro sector. This even culminated in B.C. and Saskatchewan’s NDP governments going to the Supreme Court to demand that Canada’s adoption of the Kyoto Treaty on climate change be struck down.

During the Glen Clark years and the premiership of Dan Miller, his immediate successor, B.C.’s environmental movement overwhelmingly focused on attempting to create new parks in regions where there had been no CORE process, most importantly the Central Coast and Inside Passage archipelagos between Vancouver Island and Haida Gwaii.

While organizations like Greenpeace and Sierra Club B.C. were more engaged on climate change at the international level, this was not reflected in their B.C. activities at that time.

This was not wholly surprising in that every major B.C. environmental group except the Wilderness Committee had been part of British Columbians for a Better Environment. That was a strategic voting advocacy group in the 1996 election that sought to suppress the Green Party vote with the slogan “Don’t Make Your Vote a Toxic Political Waste”. As exposed in an investigation by the Georgia Straight’s Charlie Smith, many of the groups had received government grants prior to the election.

I had been warned in advance about BCBE by George and Carr because it was an outgrowth of a project in which Wilderness Committee was working on with the other blue chip environmental organizations: Greenpeace, Sierra Club, WWF, Valhalla, Sierra Legal Defense, et cetera. And so it was in March of 1996 that I learned a piece of information whose significance and meaning I failed to fully put together for decades.

All of the major blue chip environmental organizations in BC had been approached in 1995 by an entity called the Pew Charitable Trusts. It appeared, at the time, that the War in the Woods was winding down and that B.C.’s environmental leaders might pivot to another policy issue. But Pew showed up with a promise of $1 million per year, to be shared among the groups, to support a continuation and renewal of their forestry campaigns.

The groups that signed on created a new, jointly administered, nonprofit entity called BC Wild. The agreement to create BC Wild was straightforward: BC Wild was an organization whose purpose was to focus on forestry issues; it had no other mandate and the agreement promised nothing else. Its one curious requirement was that all the groups had to be in; there had to be a consensus among the main environmental groups who shaped B.C.’s public discourse on the environment.

Two decades later, I was watching the brilliant Kelsey Grammer show Boss, depicting the seedy underbelly of Chicago politics. In the first episode, Grammer’s character, Chicago Mayor Tom Kane, approaches a young upstart politician and asks him to run for governor of Illinois. He explains that he will be putting the full weight of his party machine behind the young man.

“What do you want from me?” the candidate asks.

“You’ll know when it comes up,” Kane replies, “you won’t have to ask.”

It was at that moment that I suddenly rethought the BC Wild agreement and the need for it to represent a broad consensus. At the time, I had thought that the Pew Charitable Trusts, in its hamfisted way, was trying to address B.C.’s environmental movement’s predilection for institutional instability and factionalism. But, in fact, it was really an agreement like the one I had just witnessed on TV.

That is because the Pew Charitable Trusts is the charity branch of Suncor.

By the end of the 1990s, the fever had broken. New environmental groups were in town. And other blue chip charities not tied to Big Oil had shown up. The consensus not to address climate change had evaporated by 1999, and so had the BC Wild money.

Video of George Monbiot : What We Need To Do To Avoid Climate Breakdown

Video: Author George Monbiot talks about the impact of economic growth on the climate.

But the resentments remained.

Officials at Valhalla, the Wilderness Committee, and Sierra Legal effectively declared war on the B.C. Green Party, demanding that it be offered up to their leaders, now that they had embraced the gospel of climate justice. That story is unpleasant to tell and was decidedly more unpleasant to live through. But by the end of 2000, the B.C. Greens were a new party, its former leader no longer a member, and none of its elected municipal representatives still sitting as Greens.

I want to suggest that it was during these crucial formative years that the foundations of the first Horgan government were laid. B.C.’s New Democrats and Greens tripled fossil fuel subsidies in a series of budget votes and increased fracking every year; they increased oil industry subsidies by more in three years than the pro-oil B.C. Liberals had in the previous 16. The “Clean BC” climate plan touted by both parties includes increases in fracking and petroleum and coal exports and promises to double the number of logging and mining vehicles on the road by 2050.

And that is because the winners in shaping the environmental policies of both parties descend from an institutional, personal and intellectual lineage that traces back to BC Wild—that, in fact, those who rose to positions of power and influence in the movement in the ’90s, while so many community organizations withered, were propelled to the top, in part, by oil money funnelled to a charitable trust.

Video of Antarctica, climate change and a tale of two penguins

Last year, the Guardian produced this documentary showing how penguins are being affected by climate change in Antarctica.More

The number of international homebuyers declined sharply throughout the United States in the past year amidst the global COVID-19 pandemic, according … END_OF_DOCUMENT_TOKEN_TO_BE_REPLACED

Tom Rodeno, 50, a 20-year veteran in representing industrial spaces for Colliers International, based out of the Rosemont office with the title of … END_OF_DOCUMENT_TOKEN_TO_BE_REPLACED

A community in western Illinois has officially disbanded its police department over budget concerns. East Galesburg has been without its police … END_OF_DOCUMENT_TOKEN_TO_BE_REPLACED

The officer who died was the first Chicago cop shot and killed in the line of duty this year, Brown said. It's the first line-of-duty shooting … END_OF_DOCUMENT_TOKEN_TO_BE_REPLACED