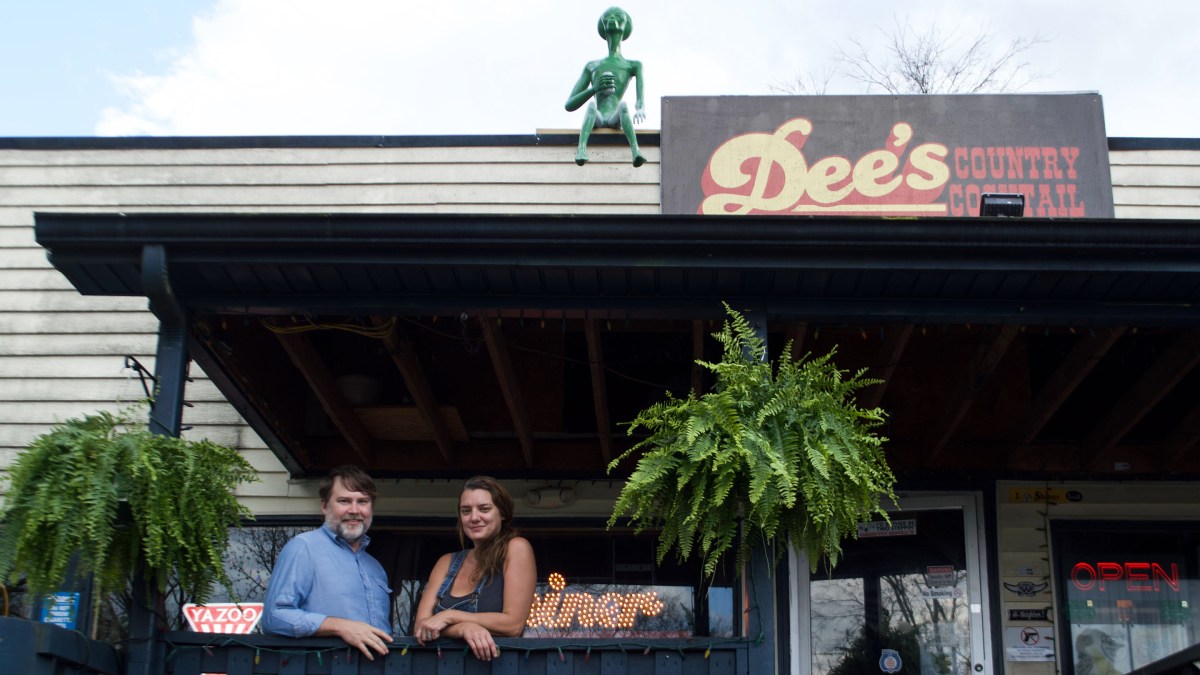 Dee’s Country Cocktail Lounge is a self-professed ’70s-inspired “dive,” with a modest stage and a less modest disco ball. The roughly 100-person venue shut down mid-March 2020, and stayed that way for five months because Nashville’s capacity limits made it too costly to reopen.

Now that things are starting to open again, co-owners Amy Dee Richardson and Daniel Walker wish the city would step up and better support music venues.

“I would like to see some more help coming from the government in the observation that, ‘Hey, we are Music City, so let’s go ahead and protect our musicians, our artists and the venues that support those musicians more,’” Walker said.

Other city governments around the country have done that. New York is helping with an effort to pay artists to do hundreds of pop-up performances on the streets as well as to play at vaccine sites. Chicago’s mayor launched a year-long effort to connect the city’s artists with paid gigs, including a new festival designed to honor the city’s diverse musical history.

So far, Nashville –– which is indeed known as Music City –– has not. That’s pushed Nashville’s independent venues and musicians to try and navigate reopening on their own.

Musician Colleen Orender started playing at Dee’s again to small audiences. She says the city didn’t do enough to let people know that there are ways to safely see shows. “Music is a draw for everybody that comes to Music City, that’s what we are called, so they should have figured that out first,” Orender said.

The mayor’s office said the local vaccine rollout should trickle down to benefit musicians and venues. But the city still lags behind the national average for vaccine rates.

Nashville does have a fund it uses every year to solicit ideas to bring visitors to Nashville. This year that fund, which comes from hotel taxes, is estimated to be about $2 million in size –– with fewer people stayed in hotels during the pandemic, the pot is smaller than usual. One idea from a local nonprofit group, Sow Good, is to have a concert series.

The city will decide how to use the funds in late June.

Why are consumer prices rising?

Some shoppers may have noticed that their grocery bills are higher lately. Prices for energy and used cars and trucks are also up. Jayson Lusk, head of the agricultural economics department at Purdue University, said that multiple factors have been pushing up food prices, including China purchasing more American products recently, more people driving and pandemic-related challenges in supply chains and workforces. Also, wages are up, although productivity has been growing faster than labor compensation for decades. “I expect inflation to probably continue for the next half a year, at least,” Lusk said.

What does the CDC’s most recent mask guidance mean for stores and their workers?

By now you’ve heard the news on that guidance: Vaccinated people no longer need to wear a face mask indoors in most settings. Still, local governments and businesses are permitted to require them. Mask mandates have been tricky, even dangerous, for public-facing businesses to navigate. Retail workers around the country have been harassed and physically attacked while enforcing mask mandates. “The updated guidance has created an impossible situation for retailers,” said Lisa LaBruno, senior executive vice president of retail operations & innovation with the Retail Industry Leaders Association. “There is now ambiguity in expectations, both from retail team members and from customers.”

Why do you have to be out of work for more than six months before you’re classified as “long-term unemployed”?

After all, people start feeling the stress and financial hardship of long-term unemployment before they hit the 27-week mark. According to the latest data from the Bureau of Labor Statistics, 4.2 million Americans are long-term unemployed. Patrick Carey, an assistant commissioner in the Office of Employment and Unemployment at the statistics bureau, has one explanation. “The breakout of 27 or more weeks accords well with the maximum length of time that many states offer regular unemployment insurance benefits,” Carey said.

The number of international homebuyers declined sharply throughout the United States in the past year amidst the global COVID-19 pandemic, according … END_OF_DOCUMENT_TOKEN_TO_BE_REPLACED

Tom Rodeno, 50, a 20-year veteran in representing industrial spaces for Colliers International, based out of the Rosemont office with the title of … END_OF_DOCUMENT_TOKEN_TO_BE_REPLACED

Chicago’s city officials move the deadline for submitting a proposal for the planned casino to October 29, looking for more bidders. Chicago … END_OF_DOCUMENT_TOKEN_TO_BE_REPLACED

A community in western Illinois has officially disbanded its police department over budget concerns. East Galesburg has been without its police … END_OF_DOCUMENT_TOKEN_TO_BE_REPLACED

The officer who died was the first Chicago cop shot and killed in the line of duty this year, Brown said. It's the first line-of-duty shooting … END_OF_DOCUMENT_TOKEN_TO_BE_REPLACED