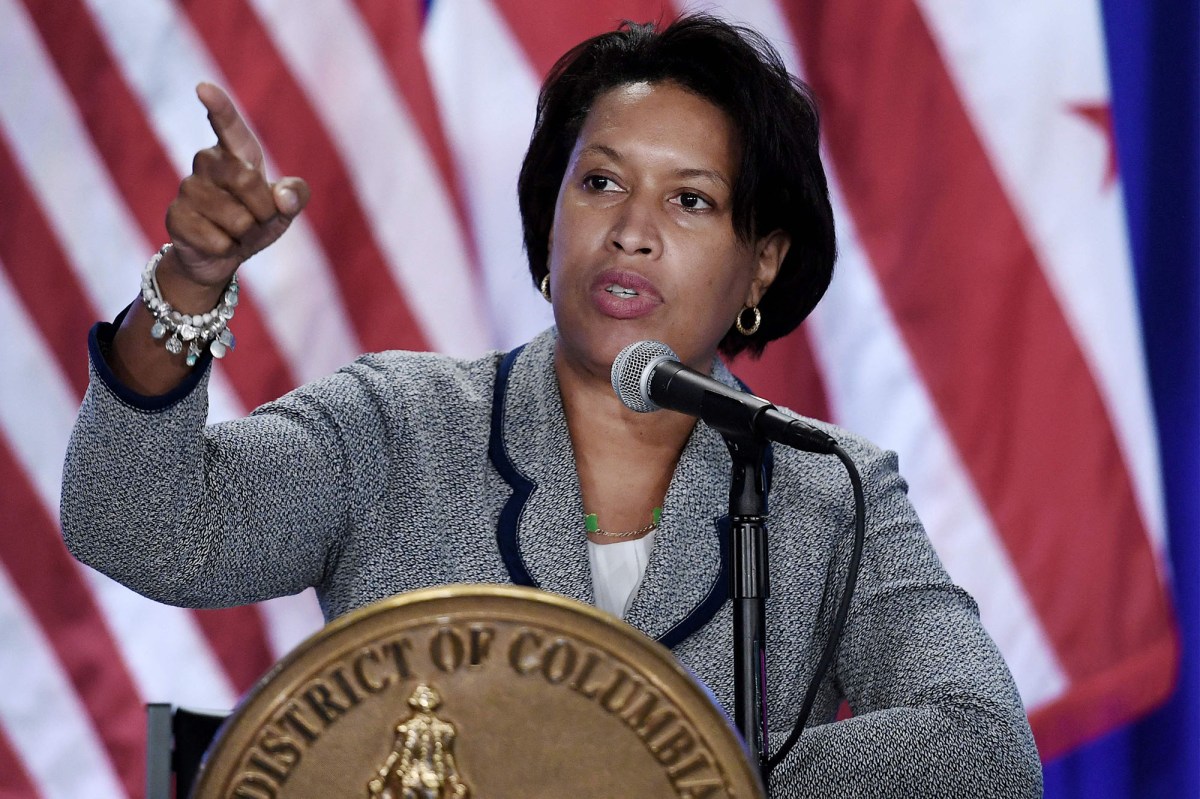 There’s a handy device for determining status in American society: whether someone feels obligated to abide by his or her own COVID rules.

The true masters of the universe, the people who imagine themselves the great and good without which society can’t function, are the ones who preach but don’t practice, who mandate but don’t comply.

They are the mayors and governors who tend to be at the forefront of lockdowns and other impositions, while believing they needn’t pay ­attention to them, certainly not if it might mean missing a dinner date or a hair appointment.

This phenomenon isn’t the most important thing about our COVID response, not even close. Yet it ­understandably occupies an outsized place in the public mind and is one of the factors that has shred the credibility of the political and public-health establishment during the pandemic.

Muriel Bowser, the mayor of Washington, DC, is the latest official to demonstrate the requisite high-handedness and lack of self-awareness to take her place among the most memorable hypocrites of the COVID era.

Within days of handing down an indoor mask mandate, Bowser was photographed sitting mask-less at an indoor event. She officiated at a rooftop wedding ceremony — so far, so good — then proceeded to the indoor reception, where she and others didn’t mask up. The Washington Examiner reported on her lapse.

Bowser says that she was eating and drinking, which are allowed under her edict, but all that’s visible on the table she’s sitting at are a few glasses. No one is obviously eating dinner. Regardless, since people tend to eat and drink throughout wedding parties, Bowser’s explanation is really a justification for being unmasked during the entire event.

Why did she do it? Either ­because she doesn’t really consider her new mask mandate that important, or she considers herself too important to be significantly inconvenienced by it — and probably both.

As a vaccinated person, Bowser is at very low risk, even if her mask-mandate policy doesn’t ­reflect it. And she surely considers her socializing too interesting and consequential to be crimped by something as trifling as pandemic consistency.

She isn’t the first. One reason that California Gov. Gavin Newsom is under threat of a recall next month is that, amid the Golden State’s lockdown last fall, he couldn’t resist having dinner with friends at French Laundry in Napa Valley, one of the finest restaurants in the country.

At the same time the state was prohibiting social events involving people from more than three households.

At the same time the state was requiring that such gatherings be held outside.

Then there are the hair exceptions to lockdowns. Nancy Pelosi notoriously — and to her fury — got caught violating the rules in San Francisco during a surreptitious salon appointment.

In Illinois, the state shut down barbers and hairstylists, and Chicago Mayor Lori Lightfoot cut a public service announcement declaring, “Getting your roots done is not essential!”

Chicago Mayor Lori Lightfoot received criticism for getting a haircut during the lockdown.Ashlee Rezin/Chicago Sun-Times via AP

Then, Lightfoot turned around and got her hair done anyway. When she, too, got caught, her ­explanation perfectly captured the attitude of the high-flying COVID hypocrites: “I’m the public face of this city. I’m on national media, and I’m out in the public eye.”

Ah, yes. To paraphrase what Gore Vidal once said about the ­impressive locks of the magazine editor Leon Wieseltier: “She has very important hair!”

Of course, the high-profile role of public officials should impel them to be sticklers about following their own rules. But that would require a sense of modesty long ago overcome by the self-importance that accompanies political power and quasi-celebrity.

The hypocrites believe they live in a hierarchical society, starkly divided between the rule-makers and the suckers who have no choice but to obey them.

The number of international homebuyers declined sharply throughout the United States in the past year amidst the global COVID-19 pandemic, according … END_OF_DOCUMENT_TOKEN_TO_BE_REPLACED

Tom Rodeno, 50, a 20-year veteran in representing industrial spaces for Colliers International, based out of the Rosemont office with the title of … END_OF_DOCUMENT_TOKEN_TO_BE_REPLACED

Chicago’s city officials move the deadline for submitting a proposal for the planned casino to October 29, looking for more bidders. Chicago … END_OF_DOCUMENT_TOKEN_TO_BE_REPLACED

A community in western Illinois has officially disbanded its police department over budget concerns. East Galesburg has been without its police … END_OF_DOCUMENT_TOKEN_TO_BE_REPLACED

The officer who died was the first Chicago cop shot and killed in the line of duty this year, Brown said. It's the first line-of-duty shooting … END_OF_DOCUMENT_TOKEN_TO_BE_REPLACED