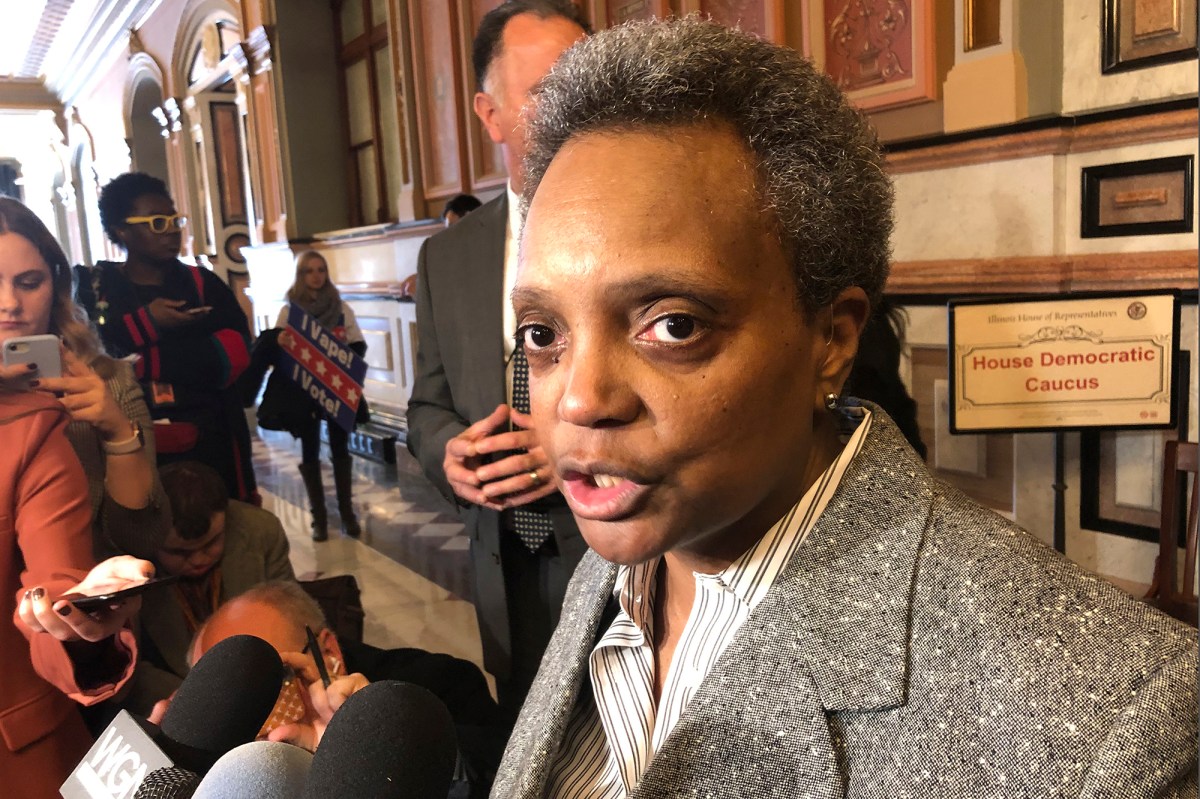 Chicago Mayor Lori Lightfoot has reportedly defended her controversial decision to grant interview requests only to minority journalists — calling the number of non-whites covering her “unacceptable.”

“I would absolutely do it again. I’m unapologetic about it because it spurred a very important conversation, a conversation that needed to happen, that should have happened a long time ago,” Lightfoot told the New York Times’ “Sway” host Kara Swisher on Monday of the temporary May declaration.

As she marked her two-year anniversary in office in May, the Democrat — whose city is in the midst of a plague of gun violence and is on track to surpass last year’s total of 48 mass shootings — assailed the “overwhelming whiteness” of the Windy City’s media and announced that she’d grant one-on-one interviews only to minority members, Fox News reported.

“Here is the bottom line for me, to state the obvious, I’m a black woman mayor. I’m the mayor of the third-largest city in the country, obviously I have a platform, and it’s important to me to advocate on things that I believe are important,” Lightfoot told Swisher.

“Going back to why I ran, to disrupt the status quo. The media is critically important to our democracy … the media is in a time of incredible upheaval and disruption but our city hall press corps looks like it’s 1950 or 1970,” she added.

Mayor Lori Lightfoot called the number of non-white reporters covering her “unacceptable,” and decided to only grant one-on-one interviews to minority members of the press.AP

Lightfoot urged media outlets to be “focused on diversity.”

“In Chicago, we have a huge amount of diverse media talent. We’ve got schools that are of journalism that are best in class across the country, and I would say, really, across the world,” she said.

“So the absence of journalists of color, covering the mayor of the third-largest city in a country is absolutely unacceptable. And so I decided to say something about it,” the mayor added.

But she also noted that politicians should not get to decide who covers them.

“I just taught at the University of Chicago. You have amazing diverse journalists studying there that I taught. And I agree with the need for more diversity in media. But politicians don’t get to choose who covers them,” Swisher said.

“One 24-hour period and it was like people’s heads exploded. I had journalists saying, ‘Does the mayor think I’m racist?’ No, it’s not about individuals. It’s about systemic racism,” the mayor added.

Asked if her decision worked, Lightfoot said she would “absolutely do it again.”

“I’m unapologetic about it because it spurred a very important conversation, a conversation that needed to happen, that should have happened a long time ago,” she said.

Chicago has recorded 428 homicides as of Sunday, or a 1 percent decrease from 434 at this point last year. Some 1,886 shootings were tallied, an 11 percent jump from the same period in 2020, police department data shows.

The number of international homebuyers declined sharply throughout the United States in the past year amidst the global COVID-19 pandemic, according … END_OF_DOCUMENT_TOKEN_TO_BE_REPLACED

Tom Rodeno, 50, a 20-year veteran in representing industrial spaces for Colliers International, based out of the Rosemont office with the title of … END_OF_DOCUMENT_TOKEN_TO_BE_REPLACED

Chicago’s city officials move the deadline for submitting a proposal for the planned casino to October 29, looking for more bidders. Chicago … END_OF_DOCUMENT_TOKEN_TO_BE_REPLACED

A community in western Illinois has officially disbanded its police department over budget concerns. East Galesburg has been without its police … END_OF_DOCUMENT_TOKEN_TO_BE_REPLACED

The officer who died was the first Chicago cop shot and killed in the line of duty this year, Brown said. It's the first line-of-duty shooting … END_OF_DOCUMENT_TOKEN_TO_BE_REPLACED