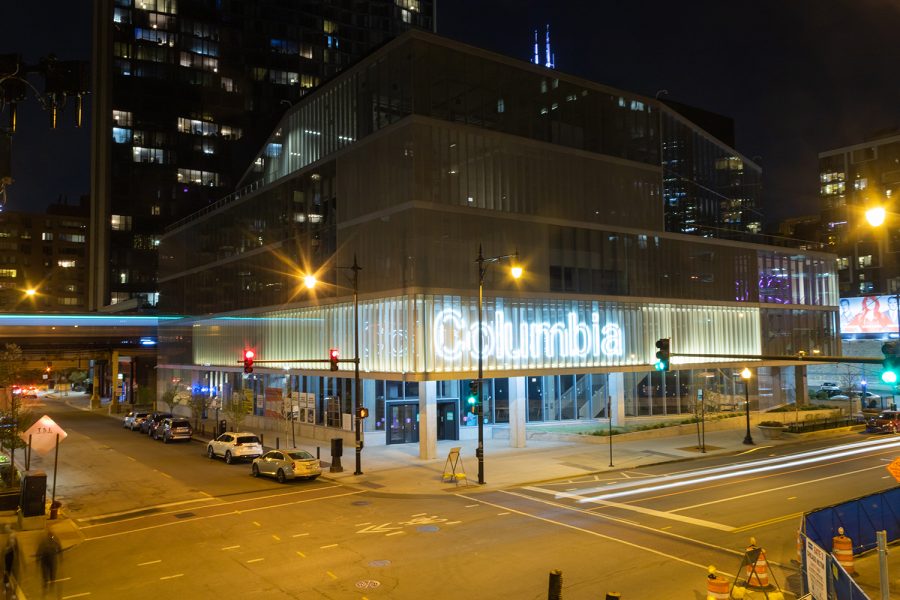 Initially, Pacyga said he thought Kim might ask him to give a lecture, as he frequently does now that he is retired. Instead, Kim informed Pacyga that he would be receiving an honorary degree.

Pacyga is one of three Columbia community members being honored for their contribution to the college and work embodying the institution’s mission.

“It means a lot to me,” Pacyga said. “When you do that much teaching [and] you know that many students, you are happy to have that acknowledgment that something like this was worthwhile.”

Columbia awards honorary degrees each year to “outstanding” individuals whose “life work and example embody the college’s ideal and spirit.”

The recipients were announced in an April 12 email from the Office of the President, and they will be recognized at the virtual commencement ceremonies on May 15, when their pre-recorded speeches will be shared with attendees.

Pacyga began working at Columbia in 1980 and became a full-time faculty member in the Humanities, History and Social Sciences Department in 1984, before retiring in 2017.

Pacyga, who earned his doctorate in history from the University of Illinois at Chicago in 1981, has published eight books about Chicago history and said he is currently working on a ninth book about Chicago politics.

Pacyga said students largely knew him as a professor of the “History of Chicago,” course at Columbia, where he would take students on walking tours around the Loop, observing the architecture of various buildings.

Pacyga said he is of Polish descent and grew up in the Back of the Yards neighborhood in Chicago.

Pacyga will receive his honorary degree virtually during commencement ceremonies one and two and at a special fifth ceremony dedicated to 2020 graduates.

Goi, an award-winning cinematographer and director, is receiving an honorary degree for his continued engagement with the college through alumni groups, hiring recent Columbia graduates to work on his film projects and serving on the Columbia Board of Trustees.

Goi, who graduated from Columbia in 1980, said he remembers taking his dad to see the college as a student in 1976 when the entire Cinema and Television Arts Department was only two floors in the Lake Shore Drive building.

Goi said he does not think he would have achieved what he has in the motion picture and television industry without his experience at Columbia.

“In a way, this honor really belongs to the college, because it was responsible for molding my future into what it became,” Goi said.

Among his accomplishments, Goi is the co-chair of the Directors Guild of America’s Diversity Task Force and wrote and directed the feature film “Megan is Missing” about internet predators. Goi has also worked on various television shows including episodes of “American Horror Story.”

In response to Columbia’s recent decision to remove celluloid film from the Cinema and Television Arts curriculum, Goi said as a working professional in the film industry, he has seen the use of film as a medium increasing, but to assess whether this decision is “smart business” or an “uninformed decision,” he said he needs to be “more in tune with Columbia College and its overall agenda.”

“It’s part of the reason why I accepted the honorary degree at this time, and also accepted the offer to serve on the Board of Trustees. The more current industry professionals Columbia College has in its folds, the better informed the college will be in its quest to create the next generation of artists and craftspeople,” said Goi.

Goi will be honored during ceremony three with the 2021 graduates from the Cinema and Television Arts Department.

David Broz, principal at Gensler, a global architecture and design firm that designed the Student Center, 754 S. Wabash Ave., which opened in 2019, said it was an honor for him and the Student Center design team to be awarded an honorary degree for their work on such a “pivotal place” on Columbia’s campus.

“Our profession is our passion,” Broz said. “It’s our natural craft, and when you do it for a while you forget the impact, or you don’t realize the impact it truly has on those around you.”

Broz said Kim and the board of directors came to the Gensler team with a strong vision of what they wanted the Student Center to be: a place for all students to come together.

Broz said he has worked with Columbia for 15 years on other projects including the Getz Theater, 72 E. 11th St., the journalism workspace in the 33 E. Ida B. Wells Drive building and the art and design studio space at 623 S. Wabash Ave.

Moving forward, Broz said the Gensler team is working with the college to find ways to instill the qualities of the Student Center in all campus buildings.

Broz said Gensler’s acceptance speech was written by the entire Student Center design team, and it focused on the collaborative process and the importance of incorporating different perspectives.

Similarly, Pacyga values the blended community at Columbia, which he says enables interactions between different people of various backgrounds and talents.

“All these different kinds of people that interact with each other … that’s what a great college is about and that’s what a great city is about,” Pacyga said. “Those two combined make the experience at Columbia for me—and I think, for students—spectacular in many ways.”

The number of international homebuyers declined sharply throughout the United States in the past year amidst the global COVID-19 pandemic, according … END_OF_DOCUMENT_TOKEN_TO_BE_REPLACED

Tom Rodeno, 50, a 20-year veteran in representing industrial spaces for Colliers International, based out of the Rosemont office with the title of … END_OF_DOCUMENT_TOKEN_TO_BE_REPLACED

Chicago’s city officials move the deadline for submitting a proposal for the planned casino to October 29, looking for more bidders. Chicago … END_OF_DOCUMENT_TOKEN_TO_BE_REPLACED

A community in western Illinois has officially disbanded its police department over budget concerns. East Galesburg has been without its police … END_OF_DOCUMENT_TOKEN_TO_BE_REPLACED

The officer who died was the first Chicago cop shot and killed in the line of duty this year, Brown said. It's the first line-of-duty shooting … END_OF_DOCUMENT_TOKEN_TO_BE_REPLACED