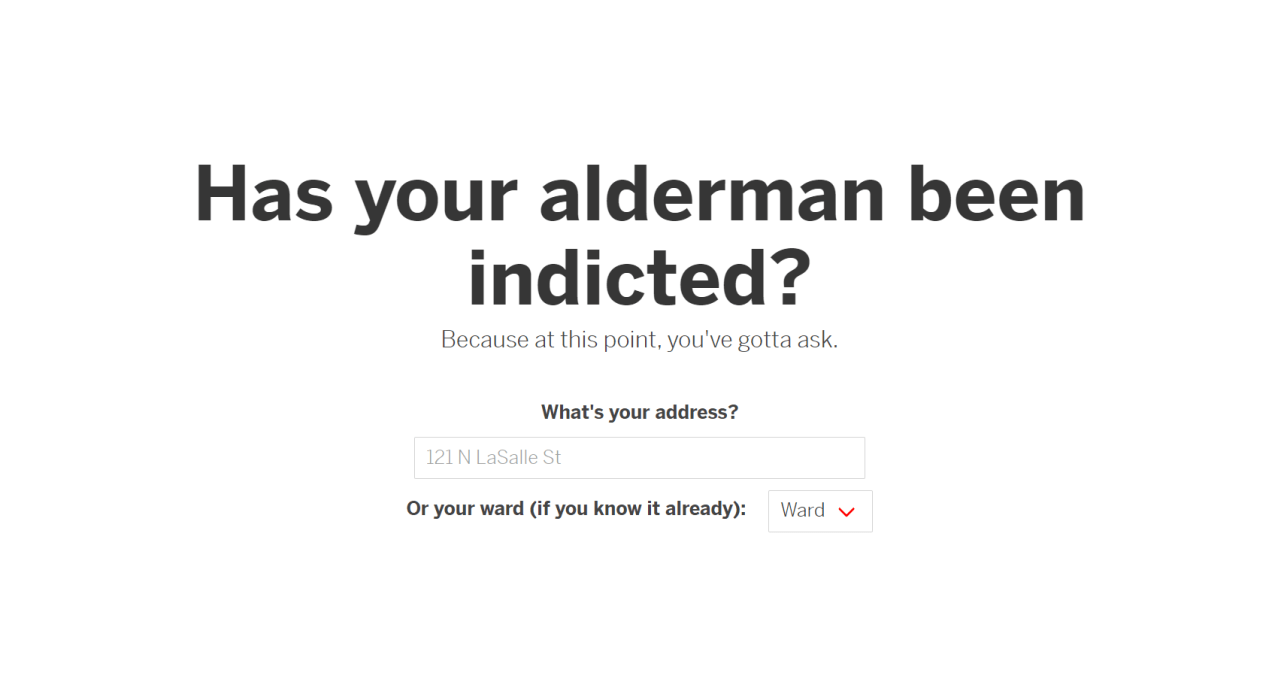 CHICAGO — Do you want to know if your alderman has been charged with a crime? There’s a website that helps Chicagoans figure that out.

The website hasmyaldermanbeenindicted.com lets you type in your address and will tell you if your ward’s alderman has been charged with a crime. The website was launched in 2019, by the South Side journalism lab City Bureau, but on Thursday Ald. Patrick Daley Thompson (11th Ward) and former Ald. Ricardo Munoz (22nd Ward) were both indicted — bringing renewed attention to the site.

Thompson allegedly made one payment on a $110,000 loan and never paid the rest back, according to the indictment. He has served as an alderman since 2015.

Prosecutors allege Munoz attempted to hide the fraud scheme by making “materially false representations” to the Illinois State Board of Elections and staff members and contractors of the CPRC, the indictment revealed.

Munoz, 56, is charged with 15 counts of wire fraud and one count of money laundering.

Corruption in Chicago politics has a long history. The Chicago Tribune reported that over 30 city aldermen have pleaded guilty or have been convicted of crimes related to their official duties since 1972.

The number of international homebuyers declined sharply throughout the United States in the past year amidst the global COVID-19 pandemic, according … END_OF_DOCUMENT_TOKEN_TO_BE_REPLACED

Tom Rodeno, 50, a 20-year veteran in representing industrial spaces for Colliers International, based out of the Rosemont office with the title of … END_OF_DOCUMENT_TOKEN_TO_BE_REPLACED

Chicago’s city officials move the deadline for submitting a proposal for the planned casino to October 29, looking for more bidders. Chicago … END_OF_DOCUMENT_TOKEN_TO_BE_REPLACED

A community in western Illinois has officially disbanded its police department over budget concerns. East Galesburg has been without its police … END_OF_DOCUMENT_TOKEN_TO_BE_REPLACED

The officer who died was the first Chicago cop shot and killed in the line of duty this year, Brown said. It's the first line-of-duty shooting … END_OF_DOCUMENT_TOKEN_TO_BE_REPLACED