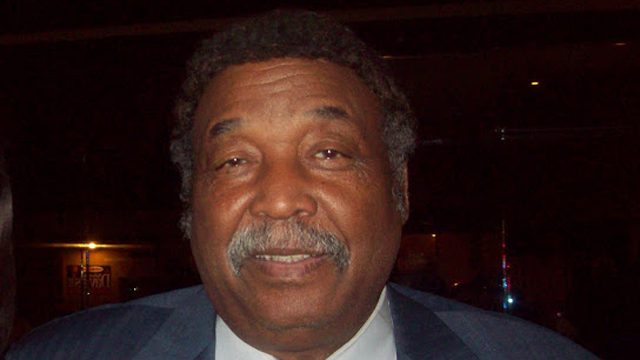 Sean Howard-Chicago Area Publicist- is regretfully announcing the passing of a true giant in the history of Chicago Politics, former Chicago Alderman and Cook County Commissioner Robert Shaw. Commissioner Shaw lost his battle to cancer. He was 83 years old.

Commissioner Shaw was one of the most charismatic and colorful personalities in Chicago politics. He was a staunch supporter and huge proponent of the upward mobility of African Americans in Cook County. During his combined 15 years as an Alderman of Chicago’s 9th ward he has been credited with sponsoring hundreds of ordinances creating more opportunities for black businesses to excel in Chicago city government. He paved the way for African Americans to set up businesses at both O’Hara and Midway airports.

But the most popular accomplishment in which he enjoyed was along with his late twin brother, former State Senator and Dolton Mayor William Shaw, they formed a political organization that led to over 6o African American lawyers to become Circuit Court and Appellate Judges in Cook County. They did this by pushing the Illinois State Legislature to create sub-Circuits throughout African American city wards. One of which was Illinois Appellate Court Justice Nathaniel Howse Jr.

Sean Howard served as the Shaw brothers long time spokesman ranging from the Cook County Commissioner’s Office to the Village of Dolton.

“Today my heart is heavy. Both Robert and William Shaw took me in when I had absolutely nothing and entrusted me to represent them as their Spokesman. From that more opportunities opened for me leading to now over 17 active clients throughout Cook County. “says Howard of STH Media LTD.

Howard adds, “For the last 20 year for six days per week Commissioner Shaw and I have eaten breakfast together. Literally every morning. This morning his chair is empty, but his spirit still reigns not only within me, but for the countless African American politicians throughout Illinois.

Robert Shaw was born July 31st, 1937, in Hope, Arkansas where his neighbor was President Bill Clinton. His family moved to Chicago’s westside in the mid-1950s where he and his brother became powerful civil rights activists who led the charge to elect the first African American Alderman in the 24th ward, Alderman Ben Lewis.

The Shaw brothers would then go further to lead demonstrations throughout the westside promoting African American political empowerment all while leading the political charge against then Chicago Mayor Richard J. Daley. The Shaws were instrumental in supporting Dr. Martin Luther Kin’s fair housing initiative on the westside.

Robert Shaw viewed the southside of Chicago as the best place to organize an African American LED Democratic organization. In the late 1970s he and his brother William moved to Chicago 9thWard. (Roseland) Robert Shaw was elected Alderman of the 9th ward in a landslide victory over the white incumbent, Alexander Adduci. He would then successfully run for the coveted Democratic Committeeman‘s position. His brother William simultaneously ran for Illinois State Representative and won handily.

Then Alderman Shaw became a nemesis to former Chicago Mayor Richard M. Daley. He and Daley would often verbally spar on the council floor. On one occasion, Shaw screamed at Mayor Daley so loud that Daley shut off his microphone. However, it didn’t matter because people could hear Shaw still screaming on the 6th, 7th and 8th floors of City Hall.

In 1998 Robert Shaw went on to serve as Cook County Commissioner for the Board of Review. He retired in 2008.

The number of international homebuyers declined sharply throughout the United States in the past year amidst the global COVID-19 pandemic, according … END_OF_DOCUMENT_TOKEN_TO_BE_REPLACED

Tom Rodeno, 50, a 20-year veteran in representing industrial spaces for Colliers International, based out of the Rosemont office with the title of … END_OF_DOCUMENT_TOKEN_TO_BE_REPLACED

Chicago’s city officials move the deadline for submitting a proposal for the planned casino to October 29, looking for more bidders. Chicago … END_OF_DOCUMENT_TOKEN_TO_BE_REPLACED

A community in western Illinois has officially disbanded its police department over budget concerns. East Galesburg has been without its police … END_OF_DOCUMENT_TOKEN_TO_BE_REPLACED

The officer who died was the first Chicago cop shot and killed in the line of duty this year, Brown said. It's the first line-of-duty shooting … END_OF_DOCUMENT_TOKEN_TO_BE_REPLACED