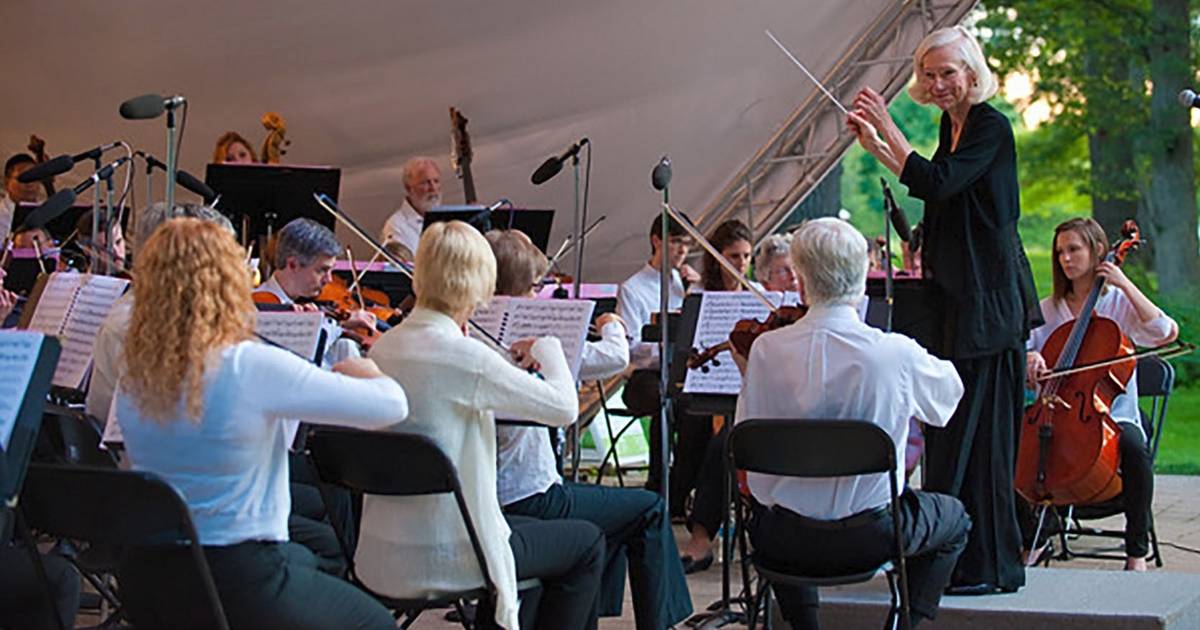 The Naperville-based DuPage Symphony Orchestra and West Chicago have entered into a long-term collaborative relationship — part of the DSO’s plan to get out of the concert hall and into surrounding communities.

Like so many performing arts troupes forced to halt concerts during the COVID-19 pandemic, DSO officials did some major soul-searching about the orchestra’s artistic and community goals.

“It forced us to try to re-imagine how we deliver programs,” said Shelley Campbell, a DSO board member and its marketing committee co-chair.

The orchestra typically performs a regular season at North Central College’s Wentz Concert Hall in Naperville and during the summer at Cantigny Park in Wheaton.

But Campbell said part of the orchestra’s newly formulated strategic plan is to bring music to more people in different and diverse concert formats.

“We focused on some key communities where we thought we could maximize our impact, and one of them was West Chicago,” Campbell said.

West Chicago Mayor Ruben Pineda set up a meeting with Campbell and DSO Executive Director Kristin Chmiel. But Pineda jokingly said he ambushed them by also inviting representatives from two school districts and the park district.

“I’m big on partnerships, not only in West Chicago and the entities we have here, but across the board,” Pineda said. “

The opportunities that they could give our kids here could be getting them excited to learn an instrument or possibly reading music.”

As a West Chicago “Community Partner,” the DSO plans to work with city agencies and organizations to formulate programming and educational offerings.

For example, the West Chicago Park District came up with the idea of a DSO “Christmas in July” concert, set for 4 p.m. July 24. The concert will feature the orchestra and some of its members who play jazz as the ZAZZ Quartet.

The event will be at The Shell, an outdoor venue at Reed-Keppler Park in West Chicago.

Campbell and Chmiel also hope the DSO can collaborate with West Chicago Elementary District 33, especially since it has the only area middle school that features a program in mariachi music.

They said the DSO has reached out to other communities, including the Wheaton Chamber of Commerce.

“DuPage County is a huge area to cover,” Chmiel said. “We’ve just started with a shortlist of communities where we thought we could have an impact.”

The number of international homebuyers declined sharply throughout the United States in the past year amidst the global COVID-19 pandemic, according … END_OF_DOCUMENT_TOKEN_TO_BE_REPLACED

Tom Rodeno, 50, a 20-year veteran in representing industrial spaces for Colliers International, based out of the Rosemont office with the title of … END_OF_DOCUMENT_TOKEN_TO_BE_REPLACED

A community in western Illinois has officially disbanded its police department over budget concerns. East Galesburg has been without its police … END_OF_DOCUMENT_TOKEN_TO_BE_REPLACED

The officer who died was the first Chicago cop shot and killed in the line of duty this year, Brown said. It's the first line-of-duty shooting … END_OF_DOCUMENT_TOKEN_TO_BE_REPLACED