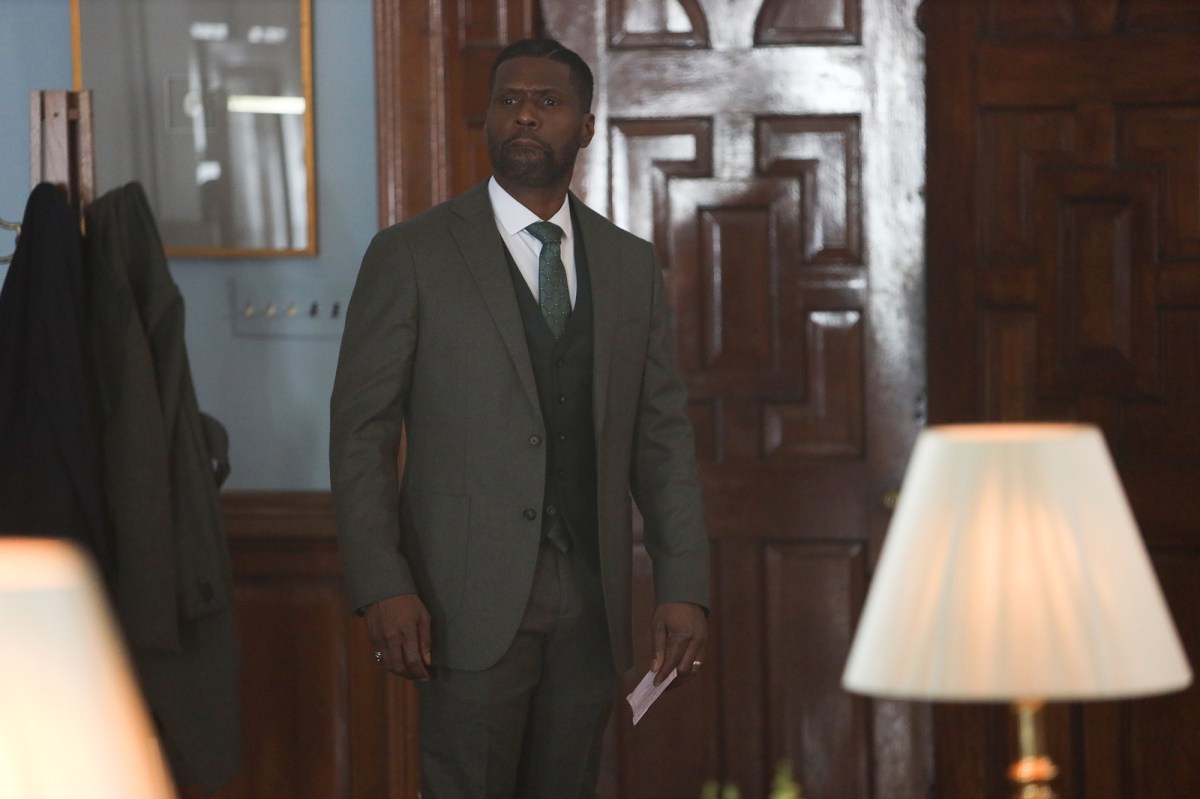 The dapper, civic-minded Perry was camouflaged behind his successful and lucrative pizza business, leading a double life as a drug lord with a vise-like grip on the South Central neighborhood around which “The Chi” orbits.

Then, in the show’s Season 3 finale, Perry was elected mayor of Chicago, beating Camille Hallaway (played by series creator Lena Waithe). Now, in Season 4, he’s using his political clout to defund the city’s police force — further blurring the edges of his opposing worlds.

“What I like about Otis is his tenacity and f–k-it-all attitude,” Cook told The Post. “He has a plan and he’s going to do something and make some changes. You have to realize this is a fictional world — a black mayor can’t go in and fire the cops — but that’s the whole what/if world [that the show] lives in.

Curtiss Cook as Chicago Mayor Otis Perry in Season 4 of “The Chi” on Showtime.Elizabeth Sisson/SHOWTIME

“I think [Perry’s] heart and passion was always about making a difference, a change, and making people rethink who he is,” he said. “Otis is a self-made man who was brought up in a society that didn’t honor or respect who he was and didn’t give him the opportunities he felt he needed. He’s educated himself and made himself into an important businessman, not without the help of his wife [played by Kandi Burruss] and the gang leaders who also molded him into what he is today.

“He basically said, ‘If you’re not going to give me a seat at the table, f–k it, I’ll do it myself — and if you turn around I’ll rip your head off.

“He’s had to be really careful with who and what he is.”

The other “Chi” characters, meanwhile, are dealing with their everyday lives: Emmett (Jacob Latimore) and Tiff (Hannaha Hall) are having marital difficulties; the friendship between Kevin (Alex Hibbert), Papa (Shamon Brown Jr.) and Jake (Michael Epps) is being tested as college approaches; Kiesha (Birgundi Baker), impregnated by the madman who held her hostage, is trying to figure it all out; and Emmett’s mother, Jada (Yolonda Ross), is dealing with breast cancer.

Cook was promoted to a series regular this season, so Otis Perry isn’t going anywhere…maybe. In the Season 4 opener, a short vignette showed Perry getting shot in the chest on a hotel rooftop during a party; the action then flashed back to the month leading up to that event. We’ll learn more next week, when the storyline returns to the present-day, Cook said, in summing up his on-screen alter-ego.

“I don’t know if he’s menacing, but he’s going to be the main person in charge when he walks into any space. He has this resonance like my father and my grandfather, this confidence that ‘I’m going to be able to handle any problems that come my way,’ that head-of-the-household kind of feeling.

“I enjoy that confidence,” Cook said. “If you met me in person you’d be like, ‘That little dude? He looks so much bigger on TV.’ Sometimes when I watch [Perry] it’s so embarrassing. I’m thinking, ‘What were you trying to do with that look you gave?’

“But Otis is inside of me.”

The number of international homebuyers declined sharply throughout the United States in the past year amidst the global COVID-19 pandemic, according … END_OF_DOCUMENT_TOKEN_TO_BE_REPLACED

Tom Rodeno, 50, a 20-year veteran in representing industrial spaces for Colliers International, based out of the Rosemont office with the title of … END_OF_DOCUMENT_TOKEN_TO_BE_REPLACED

A community in western Illinois has officially disbanded its police department over budget concerns. East Galesburg has been without its police … END_OF_DOCUMENT_TOKEN_TO_BE_REPLACED

The officer who died was the first Chicago cop shot and killed in the line of duty this year, Brown said. It's the first line-of-duty shooting … END_OF_DOCUMENT_TOKEN_TO_BE_REPLACED