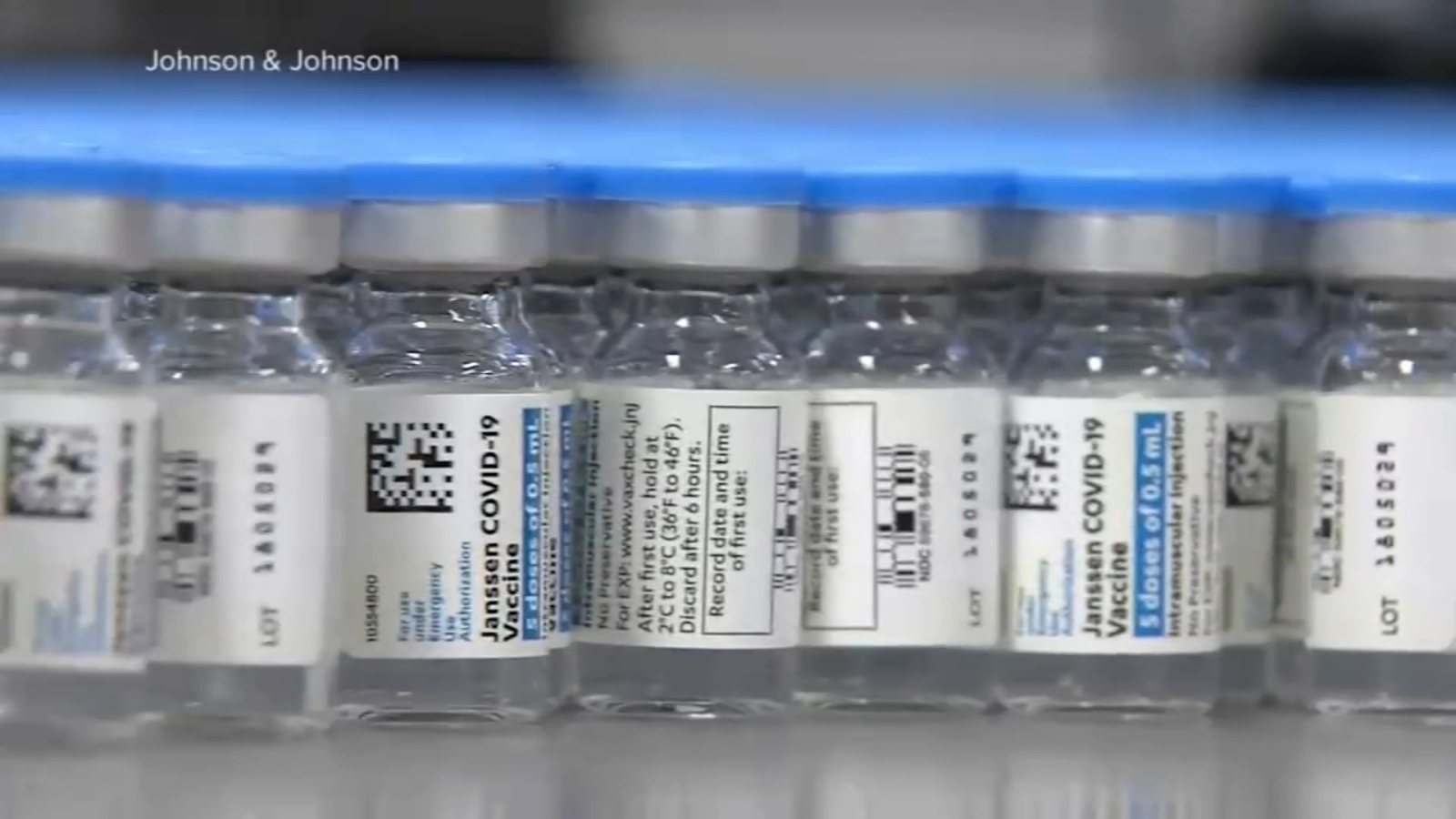 CHICAGO (WLS) — Chicago and the state of Illinois are about to see a major drop in the number of Johnson and Johnson shots they’ll get from the feds next week.

For weeks, officials have been saying we’re in a race between the vaccine and the variants. But now, vaccination efforts have been dealt a setback.

The month of April was when immunizations were supposed to hit their stride, and the Johnson and Johnson vaccine was to be the work horse supporting several newly-announced mass vaccination sites in Chicago and the suburbs.

But now, a supply crunch. Numbers released late Wednesday by the CDC show the allocation plummeting.

Chicago is set to receive just 4,800 doses next week – a sharp drop from the nearly 40,000 delivered this week.

Next week’s allocations of the Pfizer and Moderna vaccines for the city and state are essentially equal to this week’s deliveries, according to CDC data.

“We thought in April we’d see a significant increase in the amount of weekly doses that we’re getting, but unfortunately we’re not seeing that,” Chicago Mayor Lori Lightfoot said.

Gov JB Pritzker’s office confirmed a recently-reported mix-up at a Baltimore plant is behind the steep decline nationwide, despite federal assurances that J&J will still meet April and May projections.

“This drop is the unfortunate result of the error in production at the Emergent BioSolutions facility. Johnson and Johnson allocations are being reduced around the nation, but we look forward to production ramping back up so we can expand the use of this popular option for vaccination,” a spokesperson for Pritzker said in a written statement.

The word comes less than a week before Illinois fully expands vaccine eligibility, and less than two weeks before Chicago’s expansion date – which was just moved up to be aligned with the White House.

“We want to get as many people vaccinated as possible, but that’s really going again to be dependent upon supply,” Lightfoot said.

The timing is critical with the virus surging in suburban Cook County, where infections in recent weeks are up six-fold in some suburbs. New restrictions could be coming.

“We are considering tightening up the required mitigations again if the trend continues, but we’re not taking such actions now. Not yet,” said Dr. Rachel Rubin, Senior Medical Officer, Cook County Dept. of Public Health.

Cook County health officials say they’re in communication with their counterparts in Chicago, and any pullback would likely be coordinated with the city.

The number of international homebuyers declined sharply throughout the United States in the past year amidst the global COVID-19 pandemic, according … END_OF_DOCUMENT_TOKEN_TO_BE_REPLACED

Tom Rodeno, 50, a 20-year veteran in representing industrial spaces for Colliers International, based out of the Rosemont office with the title of … END_OF_DOCUMENT_TOKEN_TO_BE_REPLACED

A community in western Illinois has officially disbanded its police department over budget concerns. East Galesburg has been without its police … END_OF_DOCUMENT_TOKEN_TO_BE_REPLACED

The officer who died was the first Chicago cop shot and killed in the line of duty this year, Brown said. It's the first line-of-duty shooting … END_OF_DOCUMENT_TOKEN_TO_BE_REPLACED