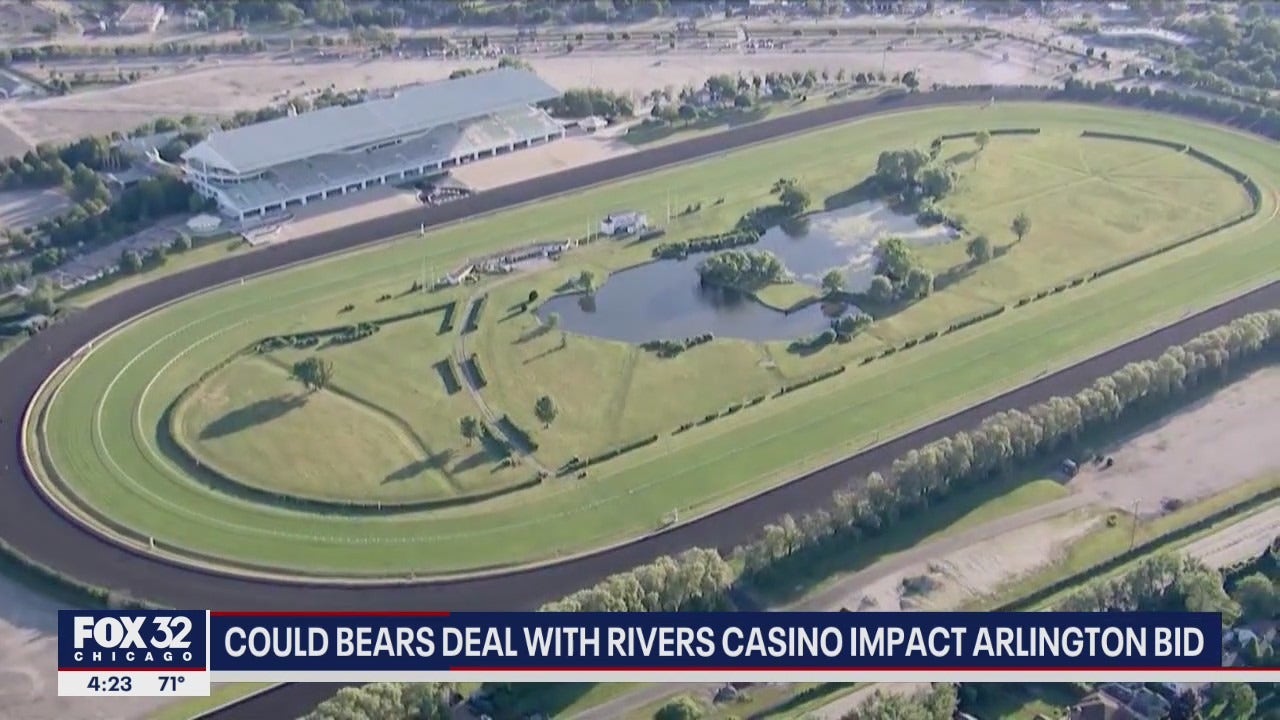 At this point, it is obvious the Bears and the track’s owner – Churchill Downs Incorporated – are in serious discussions to make a deal.

Chicago Mayor Lori Lightfoot dismissed it as a bargaining ploy when the Bears last week put in a formal bid to buy the racetrack in Arlington Heights.

In addition, Churchill Downs owns a big piece of nearby Rivers Casino in Des Plaines. On Tuesday, the NFL franchise announced a multi-year deal making Rivers and the BetRivers app the official casino and sports book of the Bears.

“We are incredibly excited,” said Bears president and CEO Ted Philips in a written statement.

Mayor Lightfoot dismissed the Bears potential move with a snarky statement, urging them to build a better team. Perhaps she thought that would somehow persuade the franchise to stay at Soldier Field, where they have voiced a series of complaints, and a lease that runs for a dozen more years.

The mayor of Arlington Heights insists a stadium in his village would be better for the team and most fans than the pandemic-battered Soldier Field in downtown Chicago.

“It’s a great venue on the lakefront, but it’s very difficult to get to on a Sunday. So lots of easy access to the Arlington Park property from north, south, east and west,” said Mayor Thomas Hayes.

Mayor Hayes says he thinks a majority of ticket-buying Bears fans would prefer a stadium in Arlington Heights to Soldier Field.

The number of international homebuyers declined sharply throughout the United States in the past year amidst the global COVID-19 pandemic, according … END_OF_DOCUMENT_TOKEN_TO_BE_REPLACED

Tom Rodeno, 50, a 20-year veteran in representing industrial spaces for Colliers International, based out of the Rosemont office with the title of … END_OF_DOCUMENT_TOKEN_TO_BE_REPLACED

A community in western Illinois has officially disbanded its police department over budget concerns. East Galesburg has been without its police … END_OF_DOCUMENT_TOKEN_TO_BE_REPLACED

The officer who died was the first Chicago cop shot and killed in the line of duty this year, Brown said. It's the first line-of-duty shooting … END_OF_DOCUMENT_TOKEN_TO_BE_REPLACED