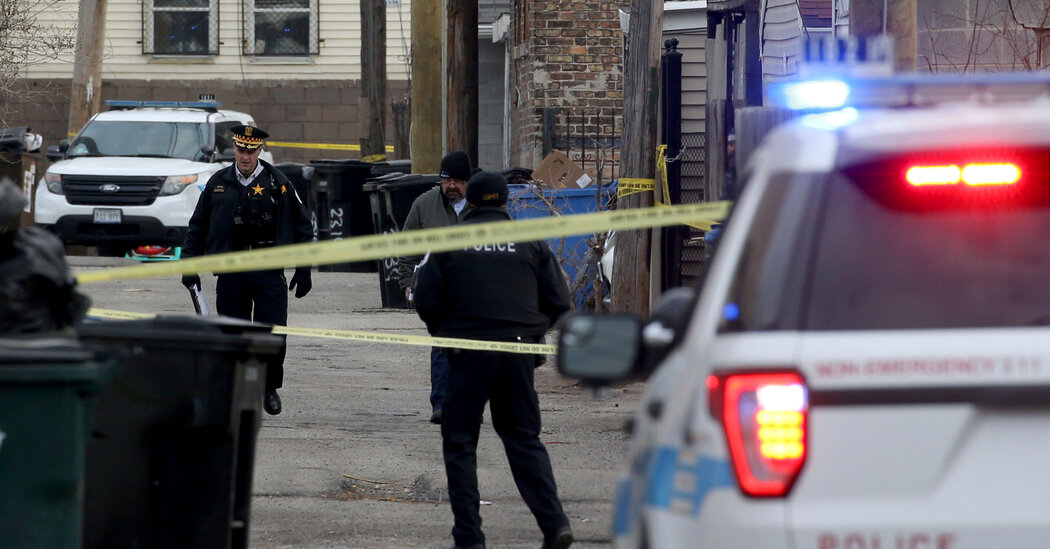 On the night of March 28, Elizabeth Toledo thought her 13-year-old son, Adam, was finally home. He had returned after days away. She had even called the Chicago police to report him missing. But that Sunday night, she would later tell reporters, she saw him go into the room he shared with his brother.

The next day, he was gone. Ms. Toledo later heard from the police: Adam was dead, fatally shot by a police officer who had chased him into an alley early in the morning on March 29, just hours after she last saw him.

“I just want to know what really happened to my baby,” Ms. Toledo said at a news conference last week, demanding transparency from law enforcement officials and expressing disbelief that Adam — who, she said, played with Legos and rode bikes with his siblings — would end up in what the police called an “armed confrontation.”

The Civilian Office of Police Accountability, an independent agency that handles investigations involving the Chicago Police Department, initially withheld the footage from body cameras worn by the officers involved in the shooting, but now says it plans to release the video. The announcement comes as the nation continues to contend with tensions over police violence, particularly when it comes to Black and Latino residents, amid the wrenching testimony in the trial of the officer accused of murder in the death of George Floyd.

The agency reconsidered after Adam’s family, city and police officials, and activists pressed for the public to see the video. Officials said they were coordinating with the Toledo family so that Adam’s mother could watch the footage before it was shared with the public.
The shooting has tapped into a tide of anguish and frustration in Chicago neighborhoods that have been gripped by recurring gun violence. Chicago, like other American cities, has struggled to stem a surge in shootings during the coronavirus pandemic. In the first quarter of 2021, there were 131 shootings, marking the most violent start to a year since 2017.

Chicago is also a city that has seen the power that video can have in shaping the public’s understanding of a police shooting and galvanizing a community’s outrage. In 2014, a recording from a police vehicle’s dash camera captured Laquan McDonald, a Black teenager, collapsing as a white officer shot him 16 times.

The footage did not emerge until a judge ordered its release 13 months after the shooting, and it reverberated deeply in the city. The police superintendent was fired, the local prosecutor lost her re-election bid, and the officer, Jason Van Dyke, became the first Chicago police officer to be convicted of murder in an on-duty shooting in 50 years.

he Chicago police said that officers were called shortly after 2:30 a.m. on March 29 to an address in the Little Village, a heavily Latino neighborhood on Chicago’s west side, responding to reports of gunfire. The officers saw two people in an alley and started chasing them.

One, a 21-year-old man, was arrested, the authorities said. An officer pursuing Adam fired his gun once, striking him in the chest. He was pronounced dead at the scene. Soon after the shooting, police officials described an “armed confrontation” and shared a photograph on social media of a firearm resting on the ground.

The Civilian Office of Police Accountability said initially that although the shooting had been captured by the officer’s body camera, it would not make the footage public. The agency said it was abiding by a longstanding practice of not releasing video in cases involving minors, but that 911 calls and police reports, among other evidence related to the case, would be released within 60 days of the shooting. Nothing about the identity of the officers has been released.

Pressure to share the video quickly intensified from activists and City Hall.

“We’re going to be out here every day until that tape is released,” Enrique Enriquez, a resident of the Little Village neighborhood, said during a vigil last week.

Chicago’s mayor, Lori Lightfoot, said in a series of posts on Twitter that “we must release any relevant videos as soon as possible,” adding that “transparency and speed are crucial” in an investigation as sensitive as this one. Ms. Lightfoot was criticized and later apologized in December after her administration attempted to block the airing of body camera footage from a botched police raid.

“As a mother of a 13-year-old myself, I can only imagine the incredible pain this boy’s parents are experiencing at this moment. My heart goes out to them,” Ms. Lightfoot said on Thursday, adding, “The facts and the circumstances around this case are under investigation, but we must ask ourselves how our social safety net failed this boy leading up to the tragic events in the early hours of Monday morning.”

David O. Brown, the Chicago police superintendent, also urged investigators to release as much video as the law would allow. He said that a fatal encounter between an officer and a minor had been “my greatest fear,” and he noted a rise in violence involving juveniles in the city.

The number of international homebuyers declined sharply throughout the United States in the past year amidst the global COVID-19 pandemic, according … END_OF_DOCUMENT_TOKEN_TO_BE_REPLACED

Tom Rodeno, 50, a 20-year veteran in representing industrial spaces for Colliers International, based out of the Rosemont office with the title of … END_OF_DOCUMENT_TOKEN_TO_BE_REPLACED

Chicago’s city officials move the deadline for submitting a proposal for the planned casino to October 29, looking for more bidders. Chicago … END_OF_DOCUMENT_TOKEN_TO_BE_REPLACED

A community in western Illinois has officially disbanded its police department over budget concerns. East Galesburg has been without its police … END_OF_DOCUMENT_TOKEN_TO_BE_REPLACED

The officer who died was the first Chicago cop shot and killed in the line of duty this year, Brown said. It's the first line-of-duty shooting … END_OF_DOCUMENT_TOKEN_TO_BE_REPLACED