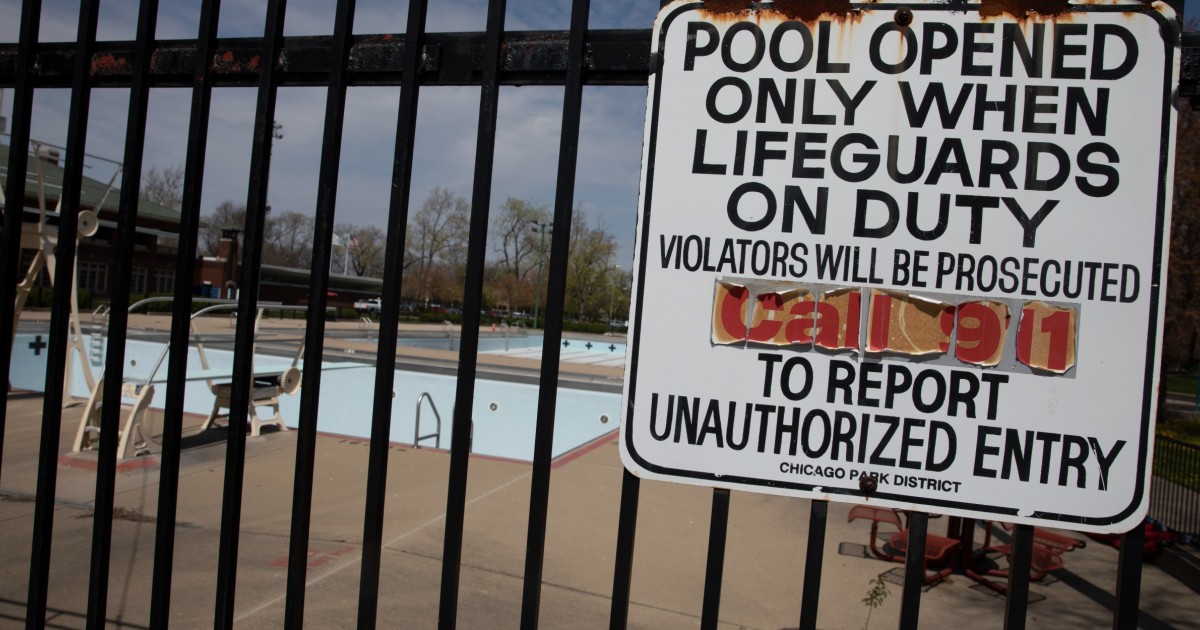 Within 12 hours of receiving a detailed, lengthy and disturbing complaint letter from a former lifeguard last year, the head of the Chicago Park District promised the young woman he would act on her allegations of “extreme abuse” against employees and other misconduct in the agency’s Aquatics Department, according to newly obtained documents.

“Thank you for your courage and call for change,” wrote Michael Kelly, the park district’s longtime general superintendent and chief executive officer, in a Feb. 7, 2020 email obtained by WBEZ.

But he did not make good on his promise to the young woman for 41 days, records show.

Kelly’s office only gave the initial whistleblower’s letter to the park district’s inspector general on March 19, 2020. That was two days after aides to Chicago Mayor Lori Lightfoot forwarded Kelly a separate but even more disturbing complaint from another young woman.

The pair of graphic and impassioned letters set off what’s become a “broad” internal probe into complaints that dozens of workers in the Aquatics Department regularly committed “sexual harassment, abuse and assault against teenage girls and young women” on the park district’s payroll, a WBEZ investigation first revealed.

Three veteran male lifeguards accused of serious sexual misconduct have left the park district, and the investigators have said they are looking into many other cases and any “systemic” issues that could have allowed the problems to persist.

But the probe has dragged on for more than 16 months. The park district’s inspector general recently asserted that her office lacks the resources to deal with the unprecedented investigation, though Lightfoot has disputed that notion.

In a statement in June, Kelly said he “took immediate action” when first notified of the alleged abuses.

But WBEZ first reported in April that Kelly took nearly six weeks to forward the complaint from the young woman to the inspector general. Park district officials have declined repeatedly to answer questions about what immediate action Kelly took – and his office took as long as it did to forward the initial complaint.

Kelly – who is paid $230,000 a year – has declined repeatedly to grant an interview to WBEZ about his role in the matter, as has the park district’s board president, Avis LaVelle. Lightfoot’s predecessor, Rahm Emanuel, appointed both Kelly and LaVelle to those positions

They did not return messages Thursday. The spokeswoman for the park district declined to comment.

For months, officials have hidden the letter from the whistleblower who contacted Kelly and his response to her. The park district denied WBEZ’s open records request for the documents, and the station has filed a lawsuit against the agency in Cook County Circuit Court to force officials to release the emails.

The Chicago Sun-Times first reported on the contents of the messages between Kelly and the whistleblower Thursday, and WBEZ has obtained copies of the emails.

The documents provide new details on what Kelly was told initially and how he handled the complaint.

Records show the whistleblower sent the 11-page complaint to Kelly shortly after midnight on Feb. 7, 2020. The young woman wrote that she worked at Oak Street Beach in the summer of 2019, and she alleged to Kelly, “There was extreme abuse from the other lifeguards and I do not want to see anybody go through what I went through.”

At 12:16 p.m. that same day, Kelly replied: “Thank you for sending this report. I am forwarding it to our Inspector General for an independent investigation. I have not had a chance to read it yet but I will and I take your assertions very seriously. Thank you for your courage and call for change. Please don’t hesitate to stay in touch with me moving forward.”

The following month, WBEZ has reported, Lightfoot’s office also got another complaint letter from a former lifeguard who said she had been sexually assaulted by a manager when she was 17 and that other high-ups at the park district mocked her about it.

Also in March 2020, that same woman who complained to Lightfoot’s office sent an almost identical letter to a high-ranking park district official, Adam Bueling. He’s paid $91,800 a year as the manager of beaches and pools.

According to the letters obtained by WBEZ, that woman told Bueling and Lightfoot’s office about being “sexually assaulted by another employee with a more senior position than I.” She said she then learned of a “huge” number of such incidents at the park district after telling three co-workers about the attack and about managers who mocked her when she had tried to speak up.

“They replied that they were not surprised because similar things had happened to them,” the woman wrote in the letters to Bueling and Lightfoot. “I was shocked. I asked them if they had made reports and some said that they had, but nothing was done about it. Others said that there were too many hoops to jump through to make a report and that they weren’t taken seriously, so it was not worth it.”

The mayor’s office has declined to release the complete copy of the letter she received from that lifeguard, prompting another lawsuit from WBEZ, alleging violations of the state’s Freedom of Information Act.

By the time of the letters to Bueling and Lightfoot, Kelly already had fielded similarly graphic allegations from the original complainant in February 2020.

That woman described regular drug use by lifeguards while on duty. She wrote that one male lifeguard “told me that he was so high when he was giving CPR to a man that just got pulled out of the water.”

She also alleged that a male lifeguard slammed her into the wall of a guard room and called her misogynistic slurs while he was “very high.”

The woman said she refused to drink alcohol as part of a hazing ritual, and she said that led to a lifeguard “grabbing me and trying to force a bottle of vodka down my throat.”

For the rest of the summer, she wrote, multiple lifeguards called her a litany of misogynistic slurs that “became my regular name.”

“Respect was something I never got, no matter how well I performed as a guard,” she wrote

Although the investigation began last year, nearly a dozen female former lifeguards have told WBEZ that sexism and other toxic workplace behaviors have been common at Chicago’s public pools and beaches virtually since women began working as lifeguards there more than 50 years ago.

Kelly has been the head of the park district since 2011 and he began working there eight years earlier.

The number of international homebuyers declined sharply throughout the United States in the past year amidst the global COVID-19 pandemic, according … END_OF_DOCUMENT_TOKEN_TO_BE_REPLACED

Tom Rodeno, 50, a 20-year veteran in representing industrial spaces for Colliers International, based out of the Rosemont office with the title of … END_OF_DOCUMENT_TOKEN_TO_BE_REPLACED

Chicago’s city officials move the deadline for submitting a proposal for the planned casino to October 29, looking for more bidders. Chicago … END_OF_DOCUMENT_TOKEN_TO_BE_REPLACED

A community in western Illinois has officially disbanded its police department over budget concerns. East Galesburg has been without its police … END_OF_DOCUMENT_TOKEN_TO_BE_REPLACED

The officer who died was the first Chicago cop shot and killed in the line of duty this year, Brown said. It's the first line-of-duty shooting … END_OF_DOCUMENT_TOKEN_TO_BE_REPLACED