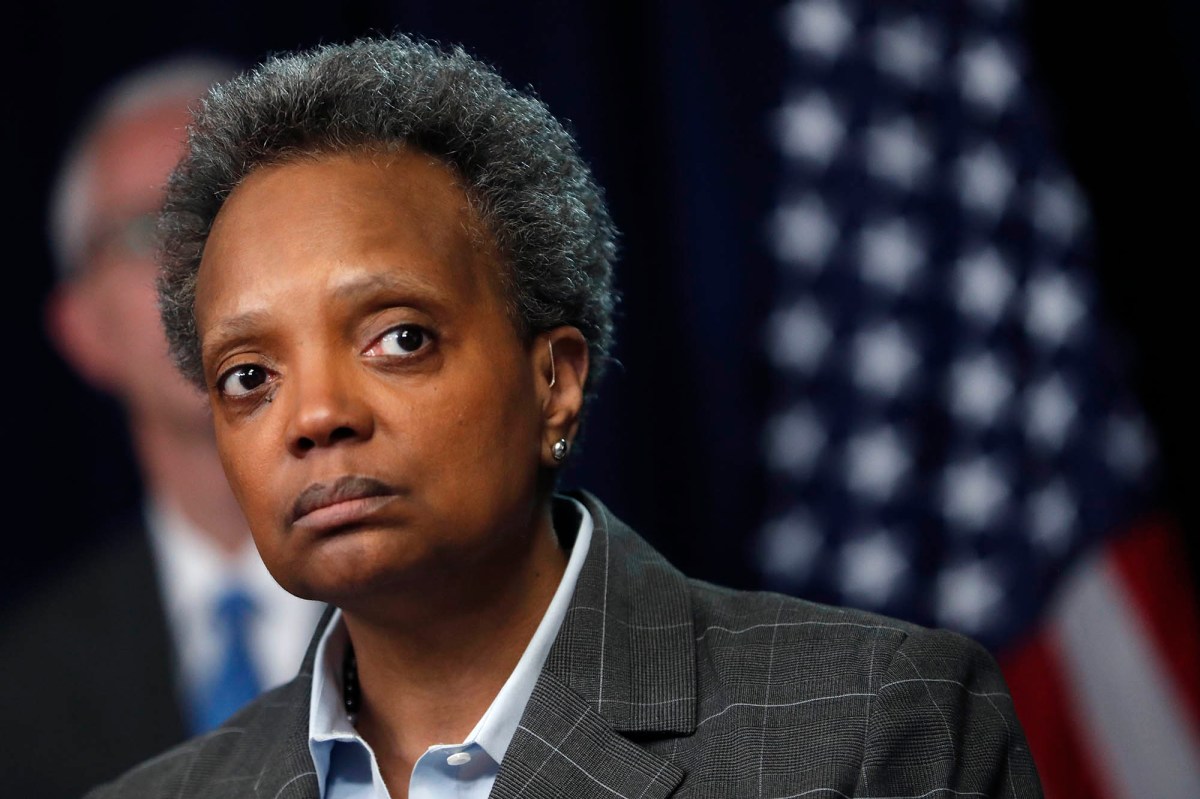 Chicago Mayor Lori Lightfoot is taking heat for allowing two top aides to go on vacation ahead of the city’s notoriously bloody July 4 holiday — after vowing “all hands on deck” amid Chi-Town’s shooting scourge.

Lightfoot pledged her administration’s full commitment to battling the city’s horrific bloodshed at a press conference July 2 — while telling the community it needed to do its part, too.

Then it was revealed that her chief of staff was allowed to take off July 1 and July 2, the Thursday and Friday leading up to what has historically been a particularly bloody weekend in Chicago — and at a time the city is suffocating from shootings, the Chicago Tribune reported.

Sources told the outlet that Lightfoot’s deputy mayor for public safety also was out of the office for most of the week leading up to the weekend — during which at least 100 people were shot, including two cops and 11 kids.

Sixteen victims of the violence died, among them a police officer and two federal agents.

“[That] she allowed her staff to go on vacation … before what is traditionally the most dangerous weekend in the city of Chicago is outrageous,” Chicago Alderman Ray Lopez seethed to the local Fox TV affiliate of Lightfoot — whose administration had canceled cops’ time off before the holiday to deal with the expected violent onslaught.

“It shows there’s a complete lack of commitment toward addressing the violence,’’ Lopez said.

He added to the Tribune, “We’ve heard about the ‘whole of government’ approach for weeks now.

“But I guess that doesn’t apply to the people responsible for actually creating the policies.”

Another alderman, Anthony Beale, noted to the Trib that Lightfoot and her police commissioner, David Brown, complained that the top cop was being taken away from his duties by being called to an emergency City Council meeting July 2 to discuss the upcoming holiday.

“We were told the meeting we had last week was a waste of time, but your people are out of the office,” Beale told the outlet, addressing Lightfoot.

The mayor showed “poor leadership’’ by letting her aides go on vacation “when we need them the most,” Beale said.

A rep for Lightfoot responded in a statement Friday, “Working in the mayor’s office is a 24/7, 365 job, and members of the mayor’s senior staff are constantly connected,’’ according to Fox.

“Those responsible for on-the-ground operations continued to execute over the holiday weekend, and the Chief of Staff and Deputy Chief of Staff were fully engaged every day.”

The statement was released as Lightfoot returned to Chicago from California, where she had been on a political fund-raising trip, Fox said.

The number of international homebuyers declined sharply throughout the United States in the past year amidst the global COVID-19 pandemic, according … END_OF_DOCUMENT_TOKEN_TO_BE_REPLACED

Tom Rodeno, 50, a 20-year veteran in representing industrial spaces for Colliers International, based out of the Rosemont office with the title of … END_OF_DOCUMENT_TOKEN_TO_BE_REPLACED

A community in western Illinois has officially disbanded its police department over budget concerns. East Galesburg has been without its police … END_OF_DOCUMENT_TOKEN_TO_BE_REPLACED

The officer who died was the first Chicago cop shot and killed in the line of duty this year, Brown said. It's the first line-of-duty shooting … END_OF_DOCUMENT_TOKEN_TO_BE_REPLACED