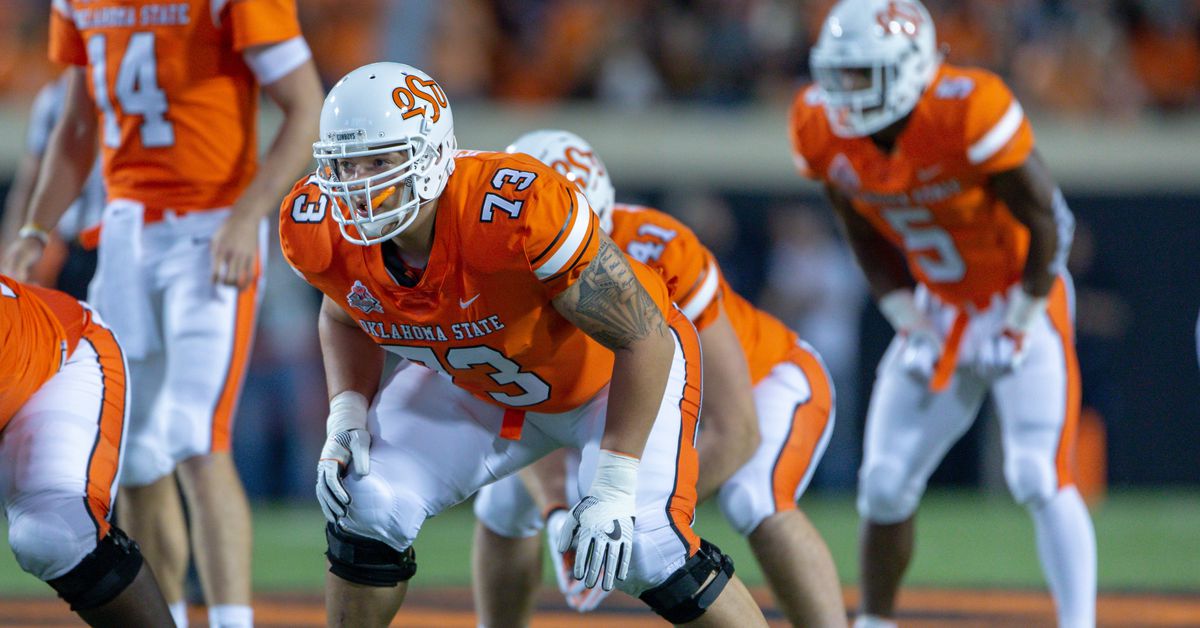 Treash: The Chicago Bears pulled off one of the biggest steals in the modern draft era by trading up for QB Justin Fields – PFF – The Chicago Bears, who have been forced to suffer through arguably the worst quarterback play of any franchise in NFL history, have finally found their franchise signal-caller. Jack’s note: This is a must-read article, and a 5-minute read at that. Click the link.

Bears trade up to draft Jenkins in Round 2 – ChicagoBears.com – The Bears traded up in the NFL Draft for the second straight night Friday, moving up 13 slots to select Oklahoma State tackle Teven Jenkins with the 39th overall pick in the second round.

Bears take OT Teven Jenkins in second round – Chicago Sun-Times – Jenkins is the presumptive starter at right tackle this season and could take over at left tackle starting in 2022.

Bears trade up, select OT Jenkins in round 2 of NFL draft – Daily Herald – With No. 39 pick they obtained from Panthers, the Bears drafted Oklahoma State tackle Teven Jenkins in the second round on Friday night.

Moreano: Chicago Bears Begin NFL Draft With A Fields Day – The Chicago Audible Blog – Despite the skepticism going into the 2021 NFL Draft, Chicago got their franchise quarterback.

Might Justin Fields and the Chicago Bears be a match made in heaven? – FOX Sports – The search for a franchise quarterback in Chicago might finally be over.

Bears QB Justin Fields tries to pattern game after Russell Wilson – Chicago Sun-Times – The Bears tried to trade for Wilson in March, offering the Seahawks a fortune in draft picks, only to be told that coach Pete Carroll didn’t want to deal his star quarterback.

Lightfoot Addresses Concerns Over Bears’ Potential Move to Arlington Park – NBC Chicago – As reports come forward that the Bears are interested in potentially moving out the of the city, Chicago Mayor Lori Lightfoot says she’s working with ownership to accommodate their concerns.

Chicago Mayor is talking with Bears about Soldier Field – Daily Herald – Chicago Mayor Lori Lightfoot on Thursday addressed rumors the Chicago Bears could be exploring a move to Arlington Heights.

Detroit Lions select DT Levi Onwuzurike with the 41st overall pick – Pride Of Detroit – The Lions continue to build through the trenches in the 2021 NFL Draft.

IN CASE YOU MISSED IT ON WINDY CITY GRIDIRON

Wiltfong Jr: The Chicago Bears trade up to No. 39 overall, draft Teven Jenkins – Windy City Gridiron – Chicago has found a franchise tackle after another aggressive trade.

Sunderbruch: Grade the Trade Round 2 – Windy City Gridiron – Ryan Pace has done it again. This time he moved up to get an offensive tackle, jumping more than a dozen spots.

Wiltfong Jr: Justin Fields thinks he’s a perfect fit for Chicago – Windy City Gridiron – Even though there were three other quarterbacks selected in front of him, Fields didn’t express any disappointment in lasting until the 11th overall pick.

O’Donnell: Justin Fields is everything the Chicago Bears have never had at QB – SBNation.com – The Bears finally have hope at quarterback with Justin Fields.

Wiltfong Jr: Justin Fields is the real QB1 – Windy City Gridiron – BreakingT has three new designs for Chicago Bears’ fans to choose from, their Justin Fields “Hope,” Fields “QB1,” and a “Daaaa Fields,” so which one do you like better?

Windy City Gridiron Community Guidelines – SBNation.com – We strive to make our communities open and inclusive to sports fans of all backgrounds. The following is not permitted in comments. No personal attacks, politics, gender based insults of any kind, racial insults, etc.

The number of international homebuyers declined sharply throughout the United States in the past year amidst the global COVID-19 pandemic, according … END_OF_DOCUMENT_TOKEN_TO_BE_REPLACED

Tom Rodeno, 50, a 20-year veteran in representing industrial spaces for Colliers International, based out of the Rosemont office with the title of … END_OF_DOCUMENT_TOKEN_TO_BE_REPLACED

Chicago’s city officials move the deadline for submitting a proposal for the planned casino to October 29, looking for more bidders. Chicago … END_OF_DOCUMENT_TOKEN_TO_BE_REPLACED

A community in western Illinois has officially disbanded its police department over budget concerns. East Galesburg has been without its police … END_OF_DOCUMENT_TOKEN_TO_BE_REPLACED

The officer who died was the first Chicago cop shot and killed in the line of duty this year, Brown said. It's the first line-of-duty shooting … END_OF_DOCUMENT_TOKEN_TO_BE_REPLACED