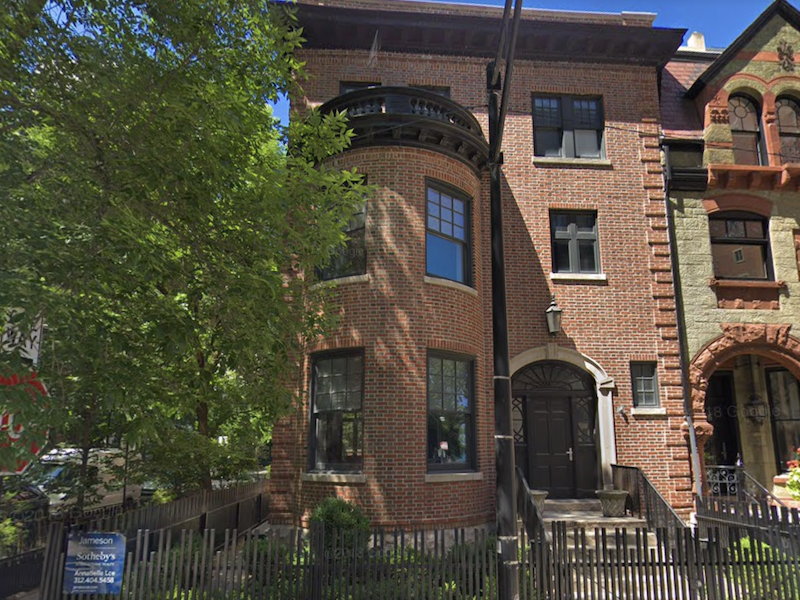 Marissa Schaefer, a Compass agent who along with Sharon Gillman represented the April sellers, said the home’s interior, was an almost total loss.

Brice and Stephanie Weeks, the sellers, could not be reached for comment. Schaefer said they would decline to comment if reached.

In 2018, when the couple bought the house, Schaefer told Crain’s they planned to redo the interior. This week she said they had drawn up the plans but had not begun the work by the time the pandemic began. They lived at another home during the pandemic, she said, and came back long after the burst pipe had done its damage.

“They want to move on” instead of taking on a whole-house rehab now, Schaefer said. She listed the house on a private agents-only network in April and sold it quickly, she said.

A legal entity headed by real estate investor Dan Plotnick bought the property. Plotnick has not responded to Crain’s requests for comment, so it’s not yet known what his rehab plan is, or whether he’ll do it to live in the home himself or to resell it.

Plotnick has not yet filed for rehab permits or a demolition permit, according to a search on Cityscape Chicago. It’s unlikely he would file for demolition given the home’s historic nature and its location in a city landmark district.

Built sometime in the 1880s, it was, according to a 2003 Chicago Tribune article, the home of Carter Harrison Jr. and Edith Harrison from the mid-1880s until 1905. Carter served as the Mayor of Chicago, from 1897 until 1905 and from 1911 to 1915, for a total of five terms. Archived news articles also say that William Wrigley Jr., who founded the chewing gum empire in 1891, owned the house after the Harrisons, staying until 1910.

The number of international homebuyers declined sharply throughout the United States in the past year amidst the global COVID-19 pandemic, according … END_OF_DOCUMENT_TOKEN_TO_BE_REPLACED

Tom Rodeno, 50, a 20-year veteran in representing industrial spaces for Colliers International, based out of the Rosemont office with the title of … END_OF_DOCUMENT_TOKEN_TO_BE_REPLACED

Chicago’s city officials move the deadline for submitting a proposal for the planned casino to October 29, looking for more bidders. Chicago … END_OF_DOCUMENT_TOKEN_TO_BE_REPLACED

A community in western Illinois has officially disbanded its police department over budget concerns. East Galesburg has been without its police … END_OF_DOCUMENT_TOKEN_TO_BE_REPLACED

The officer who died was the first Chicago cop shot and killed in the line of duty this year, Brown said. It's the first line-of-duty shooting … END_OF_DOCUMENT_TOKEN_TO_BE_REPLACED