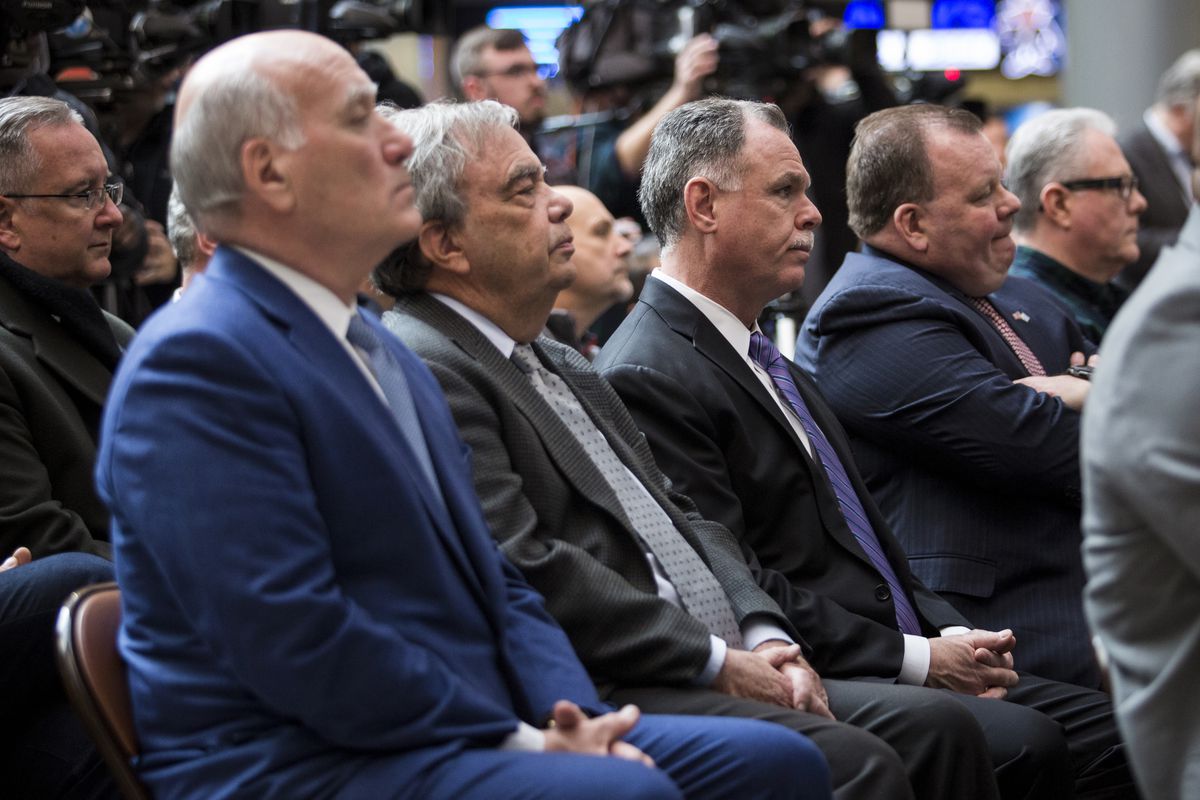 Ald. Patrick Daley Thompson is the heir to his family’s Bridgeport political dynasty and someone who was believed to have aspirations for higher office, maybe even the mayor’s office once held by his grandfather and uncle.

A federal indictment returned Thursday against Thompson means that’s never going to happen, no matter the outcome of the court proceedings to follow.

And it raises the question: Does this mark the end of the line for the Daleys in Chicago politics, or at least the beginning of the end?

I expect it does.

Never say never, but Team Daley’s bench has grown shorter with the succeeding generations, if not necessarily in terms of talent, then certainly in desire. The scrutiny that comes with being a Daley in Chicago politics is not to the liking of every family member, witness Richard M. Daley’s son, Patrick, who now lives in Montana.

The voting public’s appetite for the Daleys as a ruling aristocracy has shrunk as well, the inescapable toll from three generations of scandals taking the shine off the notion of the Daleys as civic saviors. William Daley’s unsuccessful 2019 campaign for mayor exposed the weakening of the brand.

Even before Thursday’s criminal charges, there were doubts the 51-year-old Thompson had the chops to take his ambitions to the next level. And if the day comes when it is necessary for Thompson to step aside, there will even be doubts as to whether there is another Daley who could be elected to replace him at the helm of the demographically-changing 11th Ward.

Speculating about which Daley family member will be next to step up is an old Chicago parlor game, but if the Daleys are currently grooming someone else, it’s not outwardly apparent.

But at age 74 and facing a redistricting year, John Daley will soon need to make a decision about his own political future as well.

If you count the Daley family political dynasty as starting in 1955 with Richard J. Daley’s first election as mayor, their reign has now extended 66 years. It’s 85 years if you start the clock at his election as a state representative in 1936.

And for 43 of those years, either Richard J. or Richard M. was mayor.

Much depends on whether one views the Daley family’s gravitation to politics as an interest in public service or as a means to power. After all, in a way it is their family business. One generation’s influence has always created financial opportunities for the next, starting with Richard J. steering insurance commissions to his sons.

The most notable family scandal before this was the 2014 guilty plea by another of Richard J. Daley’s grandsons, Richard “R.J.” Vanecko, in the 2004 death of David Koschman. Vanecko served two months in jail after pleading guilty to involuntary manslaughter for throwing the Division Street punch that resulted in Koschman’s death. 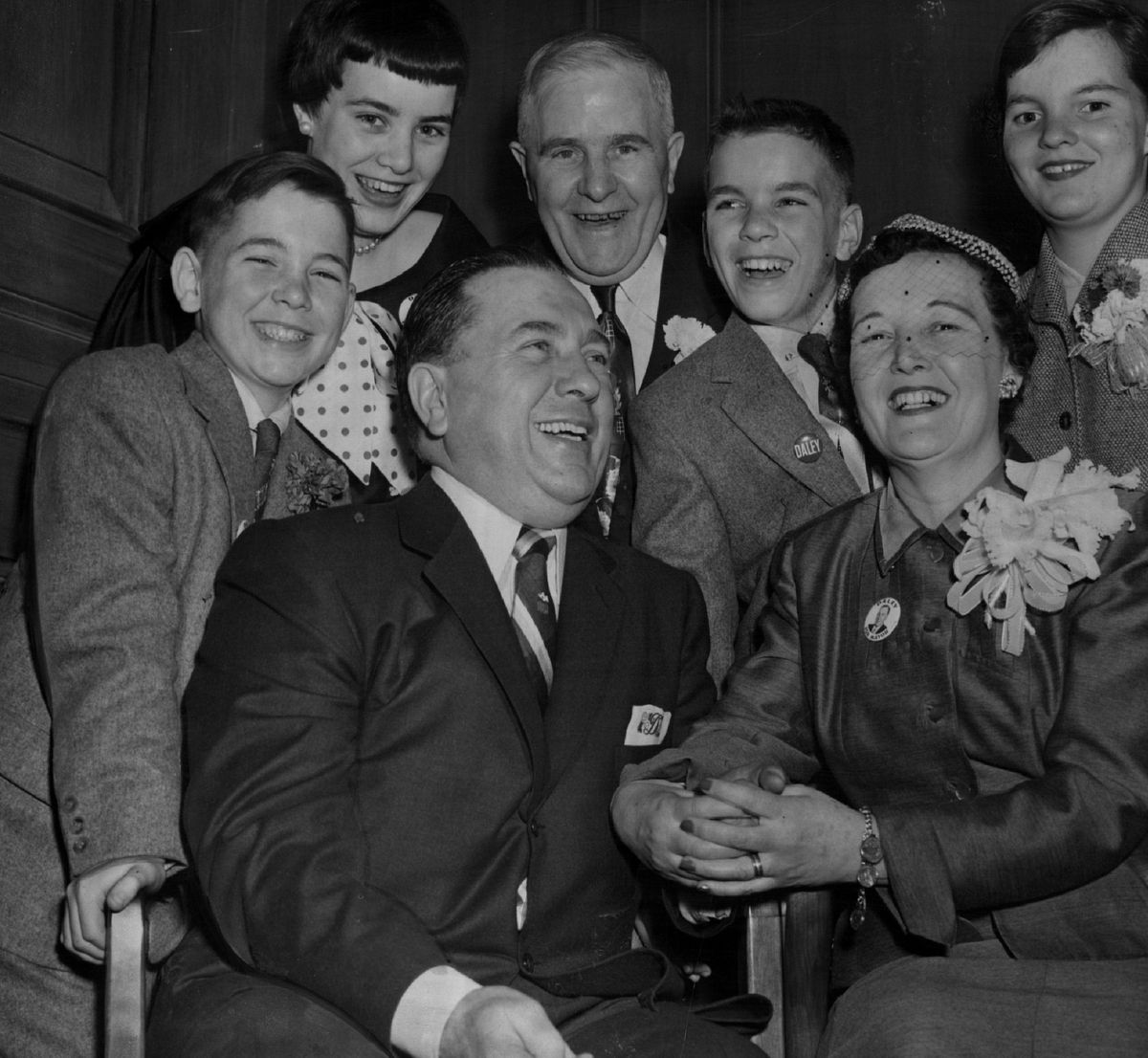 There were financial scandals as well. Patrick Daley was exposed for having a secret investment along with cousin Robert Vanecko in a city sewers contract and for receiving a windfall profit from a wi-fi deal at O’Hare and Midway airports while Patrick Daley’s father was mayor.

And Robert Vanecko took millions of dollars in fees from city pension funds that invested in his business deals, also under good old Uncle Rich.

But Thompson is the first family member to be criminally charged in a financial matter. Although the allegations make no direct link to his public duties, they certainly speak to his honesty.

Thompson, for now at least, is a lawyer. How exactly he thought he was entitled to take a tax deduction on mortgage interest payments that he hadn’t actually paid is just one of the many head-scratchers of this case. Another is just why he needed to borrow money from this particular allegedly corrupt banking operation.

It should not be lost on Chicago Sun-Times readers that almost all these matters were first reported in this newspaper by reporter Tim Novak, who also has been at the forefront disclosing the problems at Washington Federal Bank for Savings. You might say Daley family wrongdoing is his specialty.

Given the Daley family’s current trajectory, it’s good for him that he has other interests.

The number of international homebuyers declined sharply throughout the United States in the past year amidst the global COVID-19 pandemic, according … END_OF_DOCUMENT_TOKEN_TO_BE_REPLACED

Tom Rodeno, 50, a 20-year veteran in representing industrial spaces for Colliers International, based out of the Rosemont office with the title of … END_OF_DOCUMENT_TOKEN_TO_BE_REPLACED

Chicago’s city officials move the deadline for submitting a proposal for the planned casino to October 29, looking for more bidders. Chicago … END_OF_DOCUMENT_TOKEN_TO_BE_REPLACED

A community in western Illinois has officially disbanded its police department over budget concerns. East Galesburg has been without its police … END_OF_DOCUMENT_TOKEN_TO_BE_REPLACED

The officer who died was the first Chicago cop shot and killed in the line of duty this year, Brown said. It's the first line-of-duty shooting … END_OF_DOCUMENT_TOKEN_TO_BE_REPLACED