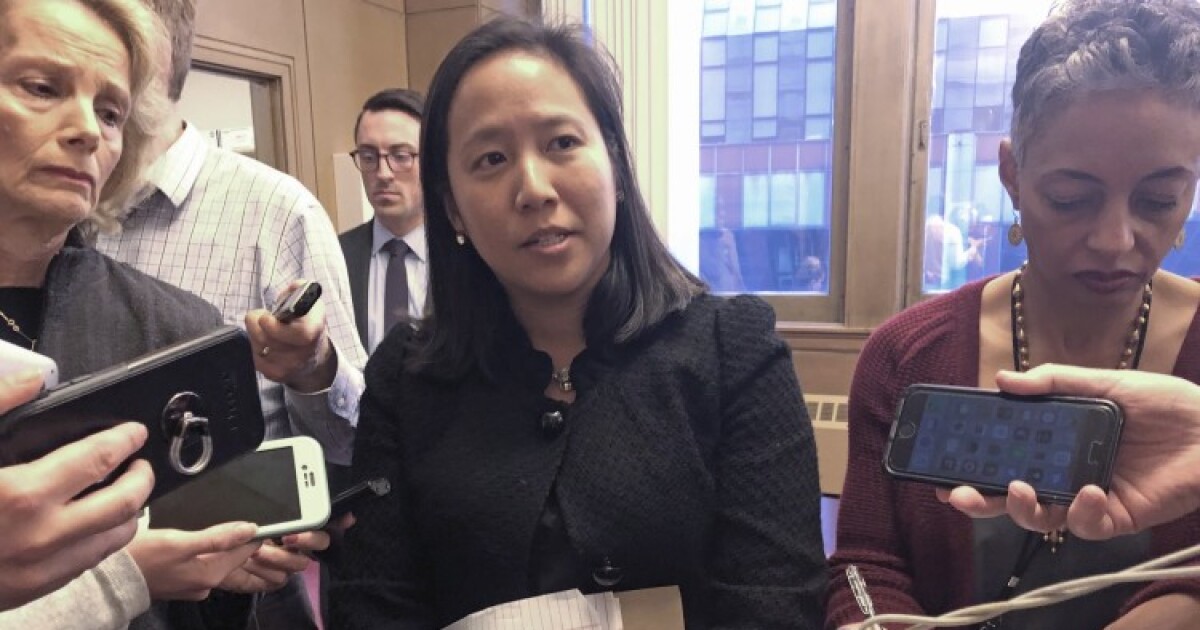 Lightfoot’s finance team during a City Council committee hearing Wednesday began making its case to use the looming federal funds from the American Rescue Plan, or ARP, to nix the debt restructuring. The council signed off on the plan last fall to provide 2020 and 2021 budget relief. The team also stressed the city must tread cautiously when spending the new dollars.

“It is important to keep in mind that ARP funds will be one time in nature,” Budget Director Susie Park told aldermen. “Our first priority around the local recovery funds will be to replace and cancel the borrowing that was intended for the 2020 shortfall and the 2021 budget.”

During 2021 budget negotiations last fall, Lightfoot’s finance team had indicated that the debt restructuring represented a better one-time tactic over digging deeply into reserves as it would preserve the city’s bond ratings and future flexibility.

At the time, Chief Financial Officer Jennie Huang Bennett and Park said the city would prioritize cancelling the scoop-and-toss — a frowned-upon fiscal maneuver that prior administrations used to deal with gaps — if new federal aid to make up for tax losses eventually came to fruition.

When asked directly about canceling scoop-and-toss in recent weeks, Lightfoot did not commit to it but she did stress that the city must move cautiously to avoid past mistakes that dug it deeper into the hole and the goal was to balance fiscal stability with community and economic investments.

The finance team made clear during the Committee on Budget and Government Operations hearing Wednesday that it’s going to prioritize using the federal funds to replace the debt restructuring as it finalizes a plan with council input.

“The city committed to not return to the practice of scoop-and-toss and we used this mechanism in the midst of COVID and lack of certainty around federal funding purely because of the unprecedented nature of the COVID crisis,” Chicago CFO Jennie Huang Bennett told aldermen Wednesday.

“The city committed to not return to the practice of scoop-and-toss and we used this mechanism in the midst of COVID and lack of certainty around federal funding purely because of the unprecedented nature of the COVID crisis,” Bennett told aldermen during the hearing on the city’s first quarter revenue performance.

“We need to make good on those commitment made during budget [discussions] by recommending that we eliminate the scoop and toss through a use of the portion of the ARP funds,” Bennett said.

Bennett also warned that the city must remain cognizant that a roughly $1 billion gap looms next year although that’s a preliminary estimate.

Market participants would welcome a cancellation of the restructuring as it helps future flexibility to deal with rising pension contributions and would be viewed favorably by rating agencies.

Bennett cautioned council members eager to spend the money without regard for the long-term impact citing prior mistakes that led to the use of one-time fiscal gimmicks that inflated the city’s structural gap.

Mayor Richard M. Daley received $340 million in 2009 from then President Obama’s economic rescue package which helped cover $316 million of recessionary revenue losses. The city’s revenues didn’t recover until 2012 and so in the interim to avoid raising taxes or spending cuts, Daley drained $1.1 billion from the Skyway and parking meter privatization lease deals to deal with 2008 and 2009 gaps.

To avoid tax hikes as city debt service grew, the city then turned to scoop-and-toss. Bennett said $650 million in savings was taken by pushing off debt between 2010 and 2015. Rahm Emanuel succeeded Daley in 2011. He eventually phased out GO scoop-and-toss in his final years. With big pension funding hikes due and a structural gap still weighing on city books, Emanuel sought a more than $500 million record property tax hike.

“This is a cautionary tale for all of us to consider, not just as we consider the use of our stimulus now but also as to how we balance fiscal stability with much needed investments,” Bennett said. “We need to strike the right balance.”

Bennett sought to ward off aldermen who would prefer to leave the scoop-and-toss in place to preserve the funds for other spending priorities calling it “very costly” and frowned-on by fiscal watchdogs like the Chicago Civic Federation. The city also wants to avoid any setbacks in reaching structural balance in 2023 which, if not achieved, could trigger a downgrade.

“It will be a tough sale to say we are only going to take care of our needs” as a government, said Alderman Jason Ervin.

The city expects to receive $1.9 billion — although that number is not final and the city is awaiting Treasury’s guidance — in two tranches from the $1.9 trillion ARP signed last month by President Biden. The package calls for sending the direct aid in two equal tranches, one within 60 days of its enactment and the other at least 12 months later. The city would have several years to spend down the funding. The funds can make up for tax losses but can’t be funneled to pensions.

The pandemic walloped city revenues by roughly $800 million in 2020. The city closed the hole by using federal CARES Act funding — which could not go directly to make up for tax hits — to cover eligible expenses. The rest was covered by $465 million of debt restructuring.

The city needed to generate the 2020 restructuring savings of $465 million by early January but with the prospects for new federal aid heating up after Biden’s November election, Bennett opted to leave the city with flexibility to forgo the scoop-and-toss by using a short-term borrowing vehicle.

The city reached out to banks and J.P. Morgan offered the lowest rate of 1.95% for a $450 million, one-year line of credit. Bennett told aldermen Wednesday the line can be repaid as early as June with interest costs of $4 million.

The 2021 budget fix counted on $500 million of structural solutions and $700 million of non-recurring maneuvers including $500 million of debt restructuring. The city is raising property taxes by $94 million, will raise some other taxes, undertake management efficiencies, free up surplus tax-increment financing dollars, and dip into $900 million of reserves for about $30 million.

The full $965 million restructuring would be built into a larger transaction totaling $1.9 billion that also anticipates traditional present value savings. If the city were to go through with the full refunding and restructuring plan for 2020 and 2021 relief and refunding savings, it would tack three years on to the city’s debt service schedule, extend the life of the debt being restructured by eight years, and add $1 billion to future debt service.

The traditional refunding piece will generate sufficient savings to blunt the present-value penalty so the overall transaction is projected to generate about $30 million of present-value savings.

The council in November approved the city’s $12.8 billion budget that includes a $4 billion corporate fund and $3.9 billion of total borrowing authorization for the refunding, restructuring, and new-money borrowing over the next three years. The restructuring and refunding deal would be sold under the general obligation and Sales Tax Securitization Corp. debt with plans to issue most under the STSC junior lien.

Moody’s Investors Service rates Chicago at one notch below investment grade. Fitch Ratings rates the city one notch above junk. S&P Global Ratings rates the GO BBB-plus and Kroll Bond Rating Agency rates it at the A level. All assign a negative outlook. The city’s post-refunding/restructuring debt load covering the GO and STSC credits would total $11 billion. The city next month will host a virtual investors’ conference.

The city provided the committee with a first quarter report but revenue reports lag by one month so it reflects numbers for only January and February. So far, revenues are closely tracking budgeted levels at less than 1% below estimates with transaction and income tax and lease taxes faring well while others like the Chicago sales tax that includes restaurant taxes and other recreation taxes lagging due to the pandemic, Park said.

The number of international homebuyers declined sharply throughout the United States in the past year amidst the global COVID-19 pandemic, according … END_OF_DOCUMENT_TOKEN_TO_BE_REPLACED

Tom Rodeno, 50, a 20-year veteran in representing industrial spaces for Colliers International, based out of the Rosemont office with the title of … END_OF_DOCUMENT_TOKEN_TO_BE_REPLACED

Chicago’s city officials move the deadline for submitting a proposal for the planned casino to October 29, looking for more bidders. Chicago … END_OF_DOCUMENT_TOKEN_TO_BE_REPLACED

A community in western Illinois has officially disbanded its police department over budget concerns. East Galesburg has been without its police … END_OF_DOCUMENT_TOKEN_TO_BE_REPLACED

The officer who died was the first Chicago cop shot and killed in the line of duty this year, Brown said. It's the first line-of-duty shooting … END_OF_DOCUMENT_TOKEN_TO_BE_REPLACED