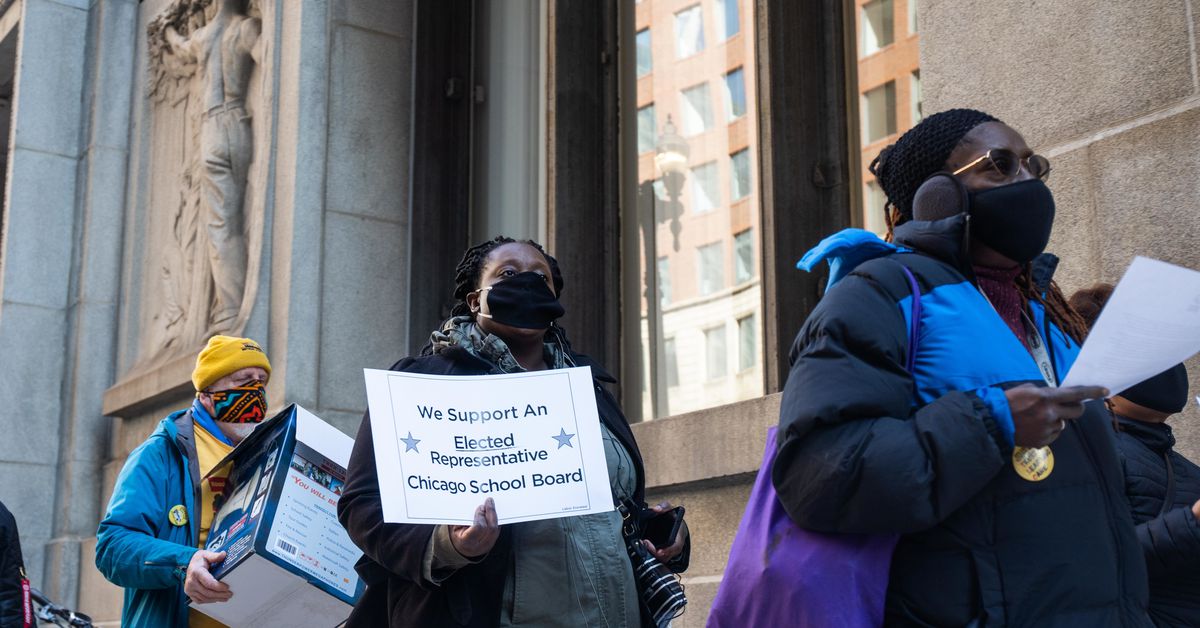 Illinois Senate Majority Leader Kimberly Lightford really has her work cut out for her if she wants to forge a compromise on an elected Chicago school board.

Lightford agreed to become the sponsor of Chicago Mayor Lori Lightfoot’s alternative school board proposal last week. Sen. Rob Martwick (D-Chicago) has been pushing a bill for years that would elect 21 school board members, which have long been appointed by the city’s mayor. Leader Lightford has a reputation among the education establishment for being an honest broker and, frankly, she excels at negotiations like this, but this one will be particularly difficult.

Mayor Lightfoot’s proposal was privately criticized by numerous House and Senate members in both parties last week when it finally emerged.

It puts off the first school board election until 2026, and then only elects two out of seven members. Seven years from now, in 2028, the city’s voters would elect a third member, but the mayor would appoint three more, giving appointed members an 8-3 majority. Mayor Lightfoot said often during her campaign that she supported a “fully elected” school board. This proposal is more like tokenism.

The mayor can currently appoint school board members without any sort of confirmation process. They are direct appointments without input or oversight by the City Council, and her bill would keep it that way.

Some opponents who testified in committee last week against Sen. Rob Martwick’s elected school board bill criticized the measure for having no provisions to allow undocumented immigrants to serve on the board, as they currently can on local school councils. But Lightfoot’s proposal only requires that the mayor’s appointments “strive to achieve representation that reflects the diversity of the City of Chicago,” although it does remove both citizenship and voter registration requirements for the elected positions (which will create quite a stir on the political right).

Martwick’s bill would prohibit school board employees and contractors from running for the board. Lightfoot’s bill would do essentially the same, but would also require that all election candidates must have served on a local school council, the governing board of a charter school or contract school or the board of governors of a military academy. That would severely limit the types of people who can run for the tiny handful of seats, and particularly helps lock out candidates affiliated with the Chicago Teachers Union, which is the major force behind the Martwick bill.

Leader Lightford criticized Martwick’s proposal in committee for not specifically guaranteeing districts be created on the city’s West Side, but Martwick pointed out that his bill mirrors the city’s representation in the Illinois House. With only two initially elected members and considering the large populations on the city’s North and South Sides, no guarantees can be given that the mayor’s proposal would give the West Side a seat at the table in the first round of elections.

Martwick’s bill would let the General Assembly draw the initial district maps and then turn it over to the elected board for the remap. Lightfoot’s bill would give the mayor pretty much complete and permanent control over the map-making process.

This is the mayor’s first volley, but it’s such a lowball offer that it doesn’t appear to be taken all that seriously by members. Some legislators had been intrigued by the idea of a “hybrid” school board, but this is far more SUV than Prius and they appeared to be laughing it off.

House Republican Leader Jim Durkin claimed during debate on the House’s own elected school board bill that Mayor Lightfoot told him the Democratic leaders had walked away from a hybrid plan and wouldn’t call her proposal for a vote. That was denied, and I doubt the mayor did herself any favors by claiming such a thing.

The House passed its version of the bill, which mirrored Martwick’s legislation except for sunsetting the entire process in five years, with 71 votes. Rep. Tony McCombie (R-Savanna) was the lone Republican in favor. A couple of Democrats voted “Present” and some were absent. The bill was backed by both teachers’ unions.

The Democratic leaders themselves both said through their spokespersons that the mayor’s proposal was under review.

Sen. Martwick pledged to negotiate in good faith, but pointed to the strength of his position (including that House vote and the Senate committee approval) compared to Lightfoot’s.

The number of international homebuyers declined sharply throughout the United States in the past year amidst the global COVID-19 pandemic, according … END_OF_DOCUMENT_TOKEN_TO_BE_REPLACED

Tom Rodeno, 50, a 20-year veteran in representing industrial spaces for Colliers International, based out of the Rosemont office with the title of … END_OF_DOCUMENT_TOKEN_TO_BE_REPLACED

Chicago’s city officials move the deadline for submitting a proposal for the planned casino to October 29, looking for more bidders. Chicago … END_OF_DOCUMENT_TOKEN_TO_BE_REPLACED

A community in western Illinois has officially disbanded its police department over budget concerns. East Galesburg has been without its police … END_OF_DOCUMENT_TOKEN_TO_BE_REPLACED

The officer who died was the first Chicago cop shot and killed in the line of duty this year, Brown said. It's the first line-of-duty shooting … END_OF_DOCUMENT_TOKEN_TO_BE_REPLACED