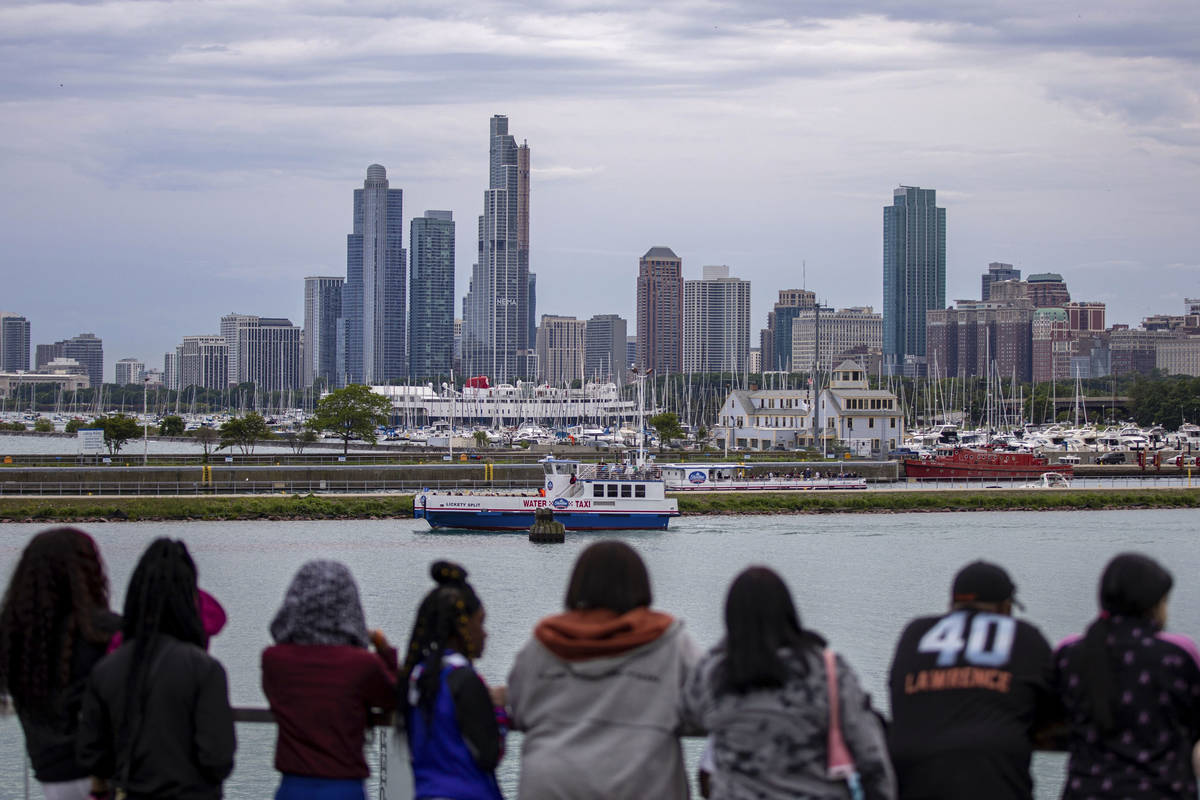 The city of Chicago plans to award a contract to build a casino resort by early next year with a 2025 opening date.

On Thursday, officials will publish a “request for proposals” with a submission deadline of Aug. 23.

Chicago Mayor Lori Lightfoot has said she hopes casino-resort companies based in Las Vegas would consider submitting proposals for consideration.

“It’s not just building a box but building a real world-class entertainment destination,” Lightfoot said in a virtual news conference. “We want to make sure that who we partner with is serious about Chicago and understands the unique opportunities that are here. As I said before, we’re excited that we’ve attracted the interest of very serious and accomplished gaming interests from Las Vegas. Come one, come all.”

The city will award one casino license. That license not only would enable construction of a resort at a location determined by the winning applicant but also would allow that contractor to install slot machines at the city’s two major airports, O’Hare International and Midway International.

The request for proposals, posted on the city’s website at chicago.gov/chicagocasino, will have several other guidelines for applicants to consider:

■ Required elements include a casino-resort with 500 or fewer rooms, meeting space, restaurants, bars, entertainment venues and other amenities.

■ It must create well-paying jobs and new employment opportunities and apprenticeships and training programs for Chicago’s residents.

■ It must support utilization and participation of Chicago-based businesses, including those owned by minorities, women, veterans and those with disabilities. There will be a requirement to hire 26 percent minority business enterprise participation, 6 percent women business enterprise participation and Chicago-based businesses in the design and construction of the project. Officials explained that doesn’t mean a Las Vegas company couldn’t collaborate with a Las Vegas partner for design and architecture.

■ It must generate gaming tax revenues for the city, which will be dedicated to the city’s police and fire pension obligations. The city has announced an effective gaming tax rate of about 40 percent at the casino. By comparison, Nevada’s gaming tax rate is 6.75 percent.

■ It must integrate seamlessly into Chicago’s existing landscape and communities and offer a high-quality, architecturally significant design. Construction must meet Leadership in Energy and Environmental Design development standards.

■ The casino resort must also catalyze additional economic development in the city and provide a first-class standard of service.

The city is enabling the license holder to operate a temporary casino for up to 24 months, subject to a 12-month extension, to generate revenue before the completed resort’s opening date.

Under the Illinois Gambling Act, approved last year by the state Legislature, the winning vendor will be able to operate slot machines at O’Hare and Midway airports, but the number of slots between the two airports and the new resort will be limited to 4,000 total.

She said the Chicago casino project is one of the country’s most attractive development opportunities because the metropolitan area has about 9.5 million residents, and Chicago, in 2019, attracted 60 million domestic visitors and 1.5 million international visitors.

She expects the eventual gaming operator to be able to incorporate its property into the city’s cultural scene, public transit infrastructure and diversified economy.

A decision hasn’t been reached on where the casino resort would be built. Lightfoot wouldn’t disclose her preference of a site, wanting to hear what respondents to the RFP say. Among prospective sites are along the Lake Michigan waterfront, near Soldier Field where the Chicago Bears play, and near McCormick Place, the largest convention center in North America.

“The goal is to put it in a location that’s going to take advantage of the infrastructure, transportation, other surrounding amenities as well as put it in a place that’s going to draw tourists,” Lightfoot said. “I don’t need to tell these folks how to do their business. They’ve been in town, they’ve been doing their due diligence. We’re just excited to see what their vision is for making Chicago a world-class gaming destination.”

Since early March when the RFP process was first announced, analysts have contemplated which casino companies might be interested in submitting a proposal. The list begins with three casino companies that were among those that responded to Chicago’s request for information to establish the content of the RFP. Those included Las Vegas-based MGM Resorts International and Wynn Resorts Ltd. The third was the Seminole Tribe’s Hard Rock International in Florida.

Chicago’s Rush Street in the mix

Other companies that could show an interest in the RFP are Las Vegas-based Boyd Gaming Corp. and Las Vegas Sands Corp.; fast-growing Bally’s Corp., which recently announced it is buying the Tropicana in Las Vegas; Malaysia’s Genting Group, which will open Resorts World Las Vegas on June 24; Mohegan Gaming and Entertainment, which operates the casino at Virgin Hotels Las Vegas; Tilman Fertitta’s Landry’s Inc., which owns a chain of Golden Nugget casinos nationwide, and the Chicago hometown favorite, Rush Street Gaming.

Lightfoot insisted that Rush Street “won’t have a home-court advantage” when it comes time to decide who gets the contract.

One company analyst says one company that probably wouldn’t submit a proposal is Caesars Entertainment Inc., which operates nearby casinos in Indiana and Illinois and would be scrutinized by regulators for antitrust concerns.

The Review-Journal is owned by the family of Sheldon Adelson, the late chairman and CEO of Las Vegas Sands Corp.

The number of international homebuyers declined sharply throughout the United States in the past year amidst the global COVID-19 pandemic, according … END_OF_DOCUMENT_TOKEN_TO_BE_REPLACED

Tom Rodeno, 50, a 20-year veteran in representing industrial spaces for Colliers International, based out of the Rosemont office with the title of … END_OF_DOCUMENT_TOKEN_TO_BE_REPLACED

A community in western Illinois has officially disbanded its police department over budget concerns. East Galesburg has been without its police … END_OF_DOCUMENT_TOKEN_TO_BE_REPLACED

The officer who died was the first Chicago cop shot and killed in the line of duty this year, Brown said. It's the first line-of-duty shooting … END_OF_DOCUMENT_TOKEN_TO_BE_REPLACED