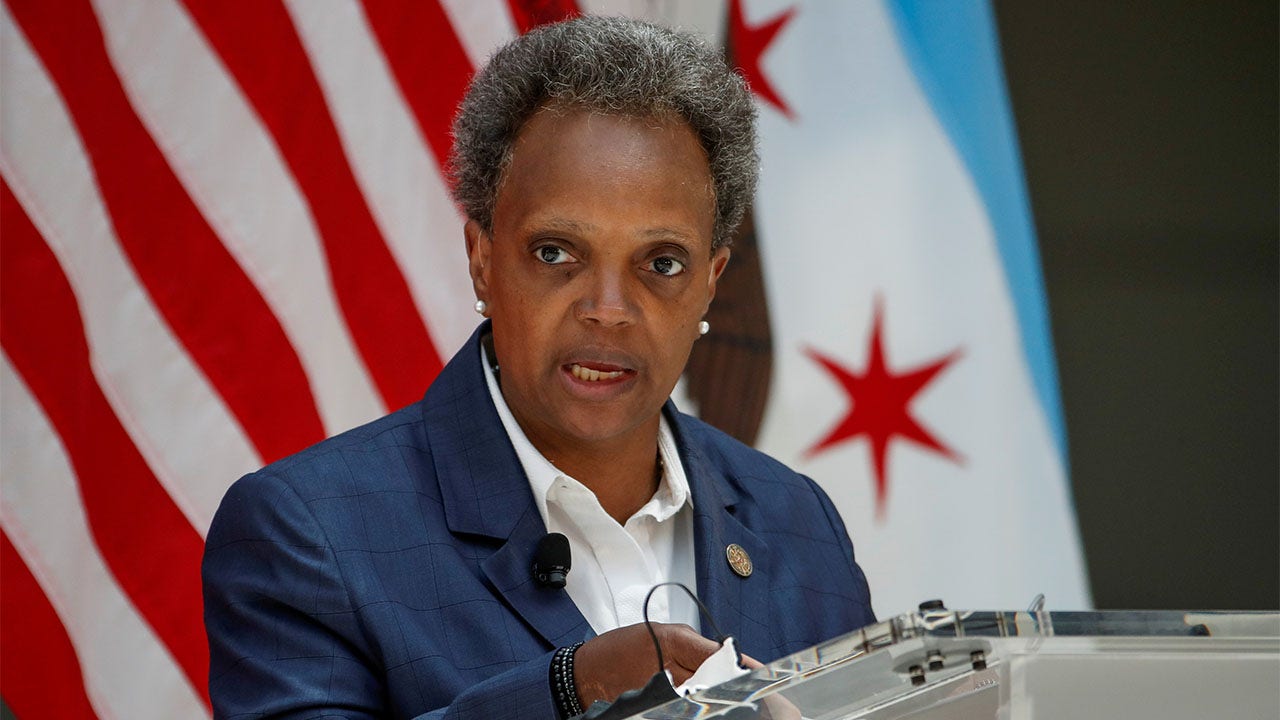 While Chicago struggles to grapple with its crime increase, Chicago’s 15th Ward Alderman Raymond Lopez told “Fox & Friends” on Tuesday that Mayor Lori Lightfoot has thrown police “under the bus” and failed to call out gang violence.

RAYMOND LOPEZ: Well, you know, right now, the activists and everyone are protesting the police shooting of a 13-year-old gang recruit because that is the narrative that they want to project. They’re not interested in fighting for those truly innocent victims who are just trying to do with your child and so many other children are trying to do in my city and across the country. And I’m fighting for those children who just deserve a chance to grow up.

They’re fighting for those causes that perpetuate that narrative that somehow police are bad, the government is awful, and that we need more money for more programs to do absolutely nothing. And we see the results of that in the city of Chicago on a daily basis. We see that now with the state’s attorney interfering with the work of a long-standing assistant state’s attorney who’s well respected and trying to bring truth to power with regards to that shooting.

And we see it with the narrative that our mayor is playing time and again where she’s throwing the police under the bus and has yet to call out gangs in the city of Chicago.

The number of international homebuyers declined sharply throughout the United States in the past year amidst the global COVID-19 pandemic, according … END_OF_DOCUMENT_TOKEN_TO_BE_REPLACED

Tom Rodeno, 50, a 20-year veteran in representing industrial spaces for Colliers International, based out of the Rosemont office with the title of … END_OF_DOCUMENT_TOKEN_TO_BE_REPLACED

Chicago’s city officials move the deadline for submitting a proposal for the planned casino to October 29, looking for more bidders. Chicago … END_OF_DOCUMENT_TOKEN_TO_BE_REPLACED

A community in western Illinois has officially disbanded its police department over budget concerns. East Galesburg has been without its police … END_OF_DOCUMENT_TOKEN_TO_BE_REPLACED

The officer who died was the first Chicago cop shot and killed in the line of duty this year, Brown said. It's the first line-of-duty shooting … END_OF_DOCUMENT_TOKEN_TO_BE_REPLACED