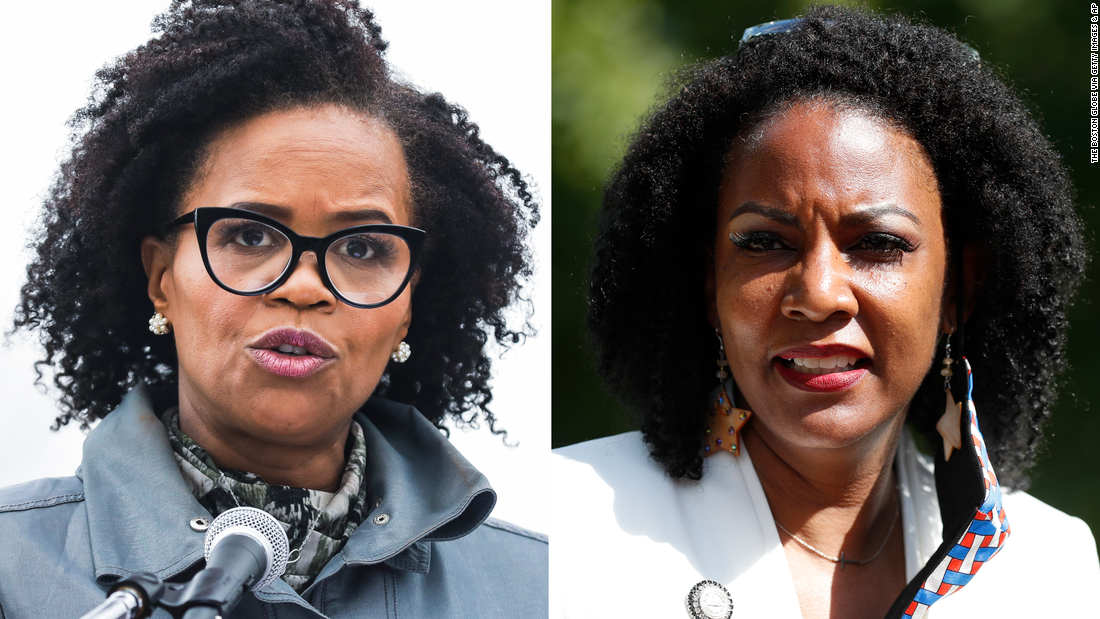 Her victory came just two weeks after Kim Janey was appointed Boston’s first Black female mayor following the resignation of Marty Walsh, who is now the US Labor Secretary. Janey recently announced she would run for a full term in this year’s mayoral election.

With the ascension of Jones and Janey, there will be a historic high of nine Black women serving as mayors of the nation’s 100 largest cities. Other major cities led by Black women include Atlanta, San Francisco; Chicago; Baton Rouge, Louisiana; New Orleans; Washington, DC; and Charlotte, North Carolina.

Political observers say the growing number of Black female mayors signals they are gaining electoral strength and appealing to voters in races that have been historically won by White men. They say Black women have proven they are relatable with an ability to lead, organize and engage new voters. Black women are also speaking out against the racial disparities in their communities at a time when the nation is having to reckon with systemic racism and police violence against Black people.

Kimberly Peeler-Allen, a visiting practitioner at the Center for American Women in Politics at Rutgers University, said as more Black women rise to political power, the electorate is seeing the importance of having diverse voices making decisions.

“Black and brown women are running with a message that is a totality of their life experiences, which transcends race or gender,” Peeler-Allen said. “And there are people who are saying ‘she may not look like me but I know we share the same experience, because she is wrestling with credit card debt, or she has a family member with addiction or she’s a small business owner, she’s a veteran.'”

Peeler-Allen said she believes the advancement of Black women in all levels of government could also be inspiring more to run for office.

Stacey Abrams narrowly lost her bid to become the nation’s first Black woman governor in 2018, but is now a powerful advocate for voting rights for people of color. Some political analysts view Abrams as a viable candidate for Georgia’s gubernatorial election in 2022.

Both Jones and Janey have vowed to make racial equity a priority while reflecting on their own lived experiences as Black women.

Jones said during her victory speech that she would not stay silent or ignore the racism that has held St. Louis back.

She told CNN she wants to address the exodus of Black residents in recent years and why they don’t feel welcome in St. Louis. The city’s Black population dropped from 51% to 45% in the last 10 years.

Jones said she wants to revitalize the northern part of the city where she grew up because the neighborhoods have been neglected.

“I am ready for St. Louis to thrive instead of just survive,” Jones said on CNN “New Day” earlier this month. “We need to provide opportunities for everyone to succeed, no matter their zip code, the color of their skin, who they love or how they worship.”

Kayla Reed, executive director of the grassroots racial justice group St. Louis Action, said she believes Jones can relate to the plight of Black people in St. Louis because of her lived experience as a single mother from a marginalized neighborhood.

The city, Reed said, struggles with segregation, disparities in education, employment and housing, overpolicing and violence in the Black community.

Reed said Jones has embraced the demands of a racial justice movement that started in 2014 when unrest broke out in nearby Ferguson following the police killing of Michael Brown. Ferguson elected its first Black woman mayor Ella Jones last year.

Jones is listening to the concerns of organizers and giving them a seat at the table, Reed said.

“She understands the unique inequality that our communities face,” said Reed, who campaigned for Jones and sits on her transition team. “And it gives her an advantage to think through creative, innovative solutions to shift outcomes and conditions.”

Breaking the ‘steel wall’ in Boston

In Boston, Janey has promised to answer the call for equity in a city with a reputation of being racist.

Boston struggles with an enormous wealth gap, unequal economic opportunity, neighborhoods that are segregated along racial lines and disparities in access to education.

The median net worth for White families is nearly $250,000 compared to just $8 for Black families, according to a 2015 study by the Federal Reserve Bank of Boston. There is also a racial disparity in city contract awards, with a recent study showing that only 1.2% go to Black and Latino-owned businesses. Black and Latino workers also face higher unemployment rates than White workers in Boston. Janey wrote in a Boston Globe op-ed that she will tackle these inequities with new policies and creative solutions.

She also reflected her experience with racism as a child on the frontlines of school desegregation in the 1970s. Janey said rocks and sticks were thrown at her bus while people yelled racial slurs.

Janey told CNN that she believes there is an added burden to being the first woman and the first Black person to serve as mayor of Boston.

“I know there is a perception and a reputation that Boston has, but I think what is important is that the reality and the opportunities that we create for residents here is one that is focused on equity, on justice, on love and ensuring that there is shared prosperity in our city and shared opportunities,” Janey told CNN’s Abby Phillip. “It’s not to say that we’ve solved everything when it comes to racism, but I think we have come a long way.”

Black people have been able to win seats on city council and Rachael Rollins was elected the first Black female district attorney of Suffolk County in 2018. However, Black Bostonians have hit a “steel wall” with the mayor’s office before now, Sullivan said.

“There has been more of a concerted effort and focus on breaking through with the belief that having more diversity in that office leading the way would result in public policy that was intentional about racial equity and so many other quality of life measures that would be good for our city as a whole,” Sullivan said.

Sullivan said racial justice advocates are now hoping Janey will create momentum around electing a woman of color as mayor in November.

There are two Black women — Janey and Andrea Campbell — and one Asian woman, Michelle Wu, running for mayor.

Sullivan said it is past time for a Black woman to win the mayor’s office in Boston.

“We have for generations now been the engine behind the ascension of so many others to political office,” Sullivan said. “It has been our strategy, it has been our sweat equity, it has been the soles of our shoes that been worn out for others. It is not only our time, we have earned our spot.”

Black women mayors are a force

Jones and Janey are joining the tide of Black women mayors who have emerged onto the national stage in recent years.

San Francisco Mayor London Breed gained national attention when she was one of the first to lock down her city when the Covid-19 pandemic hit US soil last year.

Atlanta Mayor Keisha Lance Bottoms was one of the top contenders to be President Joe Biden’s running mate. She was also lauded for her assertive response to protesters looting in city streets during uprisings last summer and speaking out against Gov. Brian Kemp’s decision to lift Covid-19 restrictions last spring.

Chicago Mayor Lori Lightfoot has made headlines for defending her city and standing up to sharp criticism from former President Donald Trump who threatened to send in federal law enforcement officers to fight violent crime there.

Both Maya Wiley and Dianne Morales, who identifies as an Afro-Latina, are vying to become the first Black woman to lead the nation’s largest city.

Wiley has garnered the support of Black female celebrities including Gabrielle Union and Tichina Arnold. Rep. Yvette Clarke announced earlier this month that she was endorsing Wiley.

Some activists say the success of Black women in mayoral offices is creating a pipeline for them to run for state and national office in the future.

The number of international homebuyers declined sharply throughout the United States in the past year amidst the global COVID-19 pandemic, according … END_OF_DOCUMENT_TOKEN_TO_BE_REPLACED

Tom Rodeno, 50, a 20-year veteran in representing industrial spaces for Colliers International, based out of the Rosemont office with the title of … END_OF_DOCUMENT_TOKEN_TO_BE_REPLACED

Chicago’s city officials move the deadline for submitting a proposal for the planned casino to October 29, looking for more bidders. Chicago … END_OF_DOCUMENT_TOKEN_TO_BE_REPLACED

A community in western Illinois has officially disbanded its police department over budget concerns. East Galesburg has been without its police … END_OF_DOCUMENT_TOKEN_TO_BE_REPLACED

The officer who died was the first Chicago cop shot and killed in the line of duty this year, Brown said. It's the first line-of-duty shooting … END_OF_DOCUMENT_TOKEN_TO_BE_REPLACED