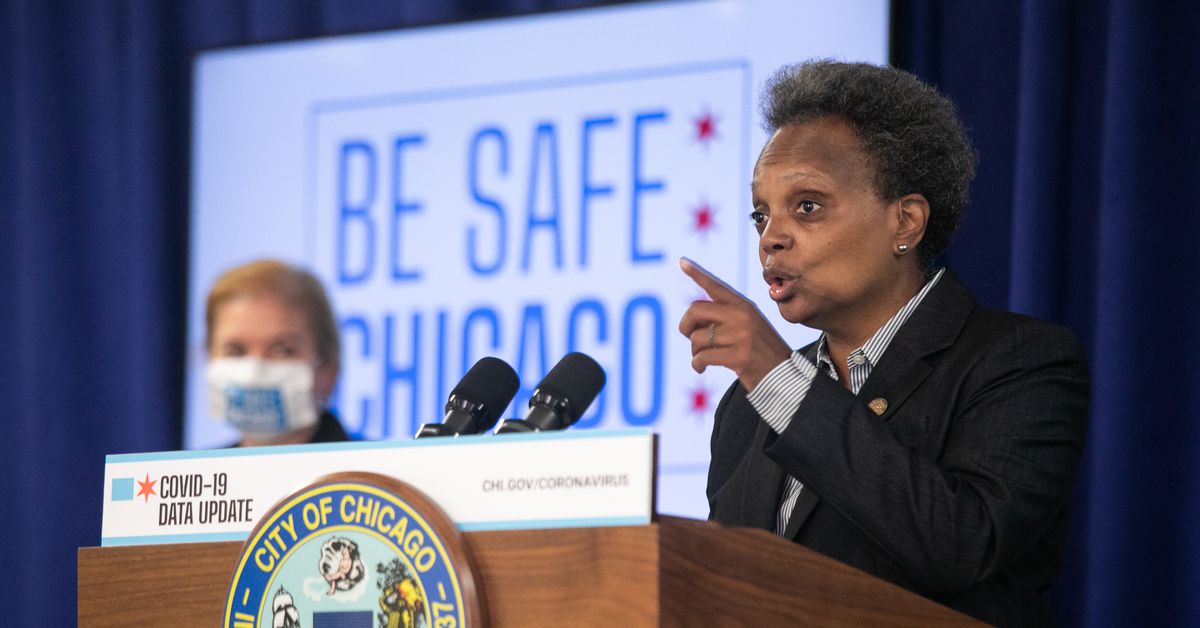 Mayor Lori Lightfoot doubled down Tuesday on efforts to increase vaccinations among Black Chicagoans as cases, hospitalizations and deaths rise in the community.

“South Side, we are calling for you to come to Chicago State University and get this lifesaving vaccine,” Lightfoot said Tuesday during a news conference at the mass vaccination site at the university at 95th Street and Martin Luther King Drive.

About 40% of all Chicagoans, not just adults, have gotten at least a first dose of vaccine, but among the city’s Black residents, that number shrinks to 25%.

“We should not have people continue to die in Chicago from this virus when we have a lifesaving vaccine that is free and readily available,” she said.

The largest recent increase in COVID-19 cases of any demographic in the city is among Black residents between 18 and 44. And the test positivity rate among Black Chicagoans stands at 7.9% — significantly higher than the city’s average of 5.6%.

Part of the problem is that some people are just now absorbing information about the vaccine, Lightfoot said.

“Yes, we’ve been doing vaccinations since December, but some folks are just now tuning in and want to be educated about ‘Is it safe? What are the different vaccines? How do I get it?’” she said.

Lightfoot said the city and its partners must continue to bang the drum on the importance and safety of COVID-19 vaccine, which on Monday became available for the first time to everyone over the age of 16 in Chicago.

“We’ve just got to keep doing the outreach and the education because not everybody is following this every single day like many of us are; every day Chicagoans are worried about a range of things,” Lightfoot said.

Dr. Allison Arwady, head of the city’s Public Health Department, said there have been no safety concerns tied to doses administered in Chicago.

“And for the first time this last week we had enough vaccine to send to every provider who wanted it,” Arwady said.

The number of international homebuyers declined sharply throughout the United States in the past year amidst the global COVID-19 pandemic, according … END_OF_DOCUMENT_TOKEN_TO_BE_REPLACED

Tom Rodeno, 50, a 20-year veteran in representing industrial spaces for Colliers International, based out of the Rosemont office with the title of … END_OF_DOCUMENT_TOKEN_TO_BE_REPLACED

Chicago’s city officials move the deadline for submitting a proposal for the planned casino to October 29, looking for more bidders. Chicago … END_OF_DOCUMENT_TOKEN_TO_BE_REPLACED

A community in western Illinois has officially disbanded its police department over budget concerns. East Galesburg has been without its police … END_OF_DOCUMENT_TOKEN_TO_BE_REPLACED

The officer who died was the first Chicago cop shot and killed in the line of duty this year, Brown said. It's the first line-of-duty shooting … END_OF_DOCUMENT_TOKEN_TO_BE_REPLACED