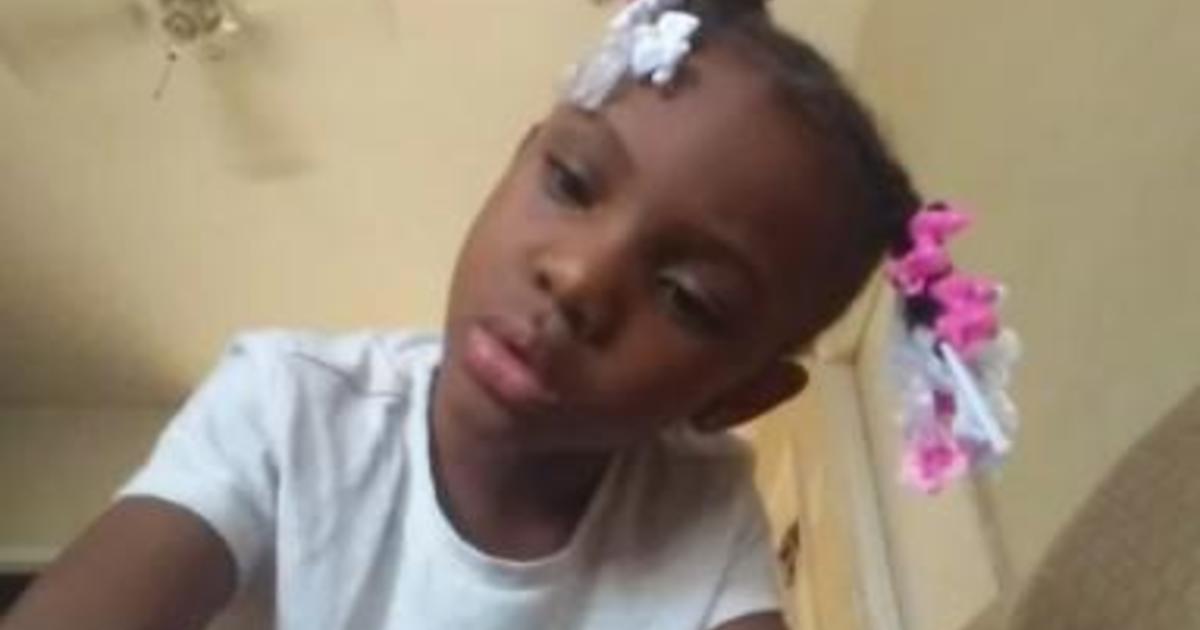 A 7-year-old girl is dead and her 29-year-old father hospitalized after they were shot in a McDonald’s drive-through on Chicago’s West Side, CBS Chicago reports. Late Sunday, police said the shooter or shooters were still on the loose.

It was part of another gunfire-filled weekend in Chicago in which at least two people died, including the little girl, and 22 were wounded, CBS Chicago says.

The station says a Chicago police officer rushed Jaslyn Adams to a hospital after she was found in a bullet-ridden car sitting in a McDonald’s drive-thru. She was pronounced dead at the hospital.

Chicago Police said he was shot in the upper body. He was taken to the same hospital as his daughter and was reported in serious condition and is expected to survive.

At least 30 shell casings surrounded the vehicle after the shooting at 4:18 p.m., CBS Chicago says. The tinted windows on one side were shot out. There were bullet holes in the frame and back window, as well.

It wasn’t clear if the shooting was targeted, but authorities haven’t said the public is at risk. The Chicago Sun-Times says a McDonald’s employee who asked not to be identified told it two people got out of a gray car in the drive-thru and started shooting at Adams’ car.

Family members spoke about their loss with CBS Chicago at the hospital.

“It’s really emotional now for my family,” said Jaslyn’s aunt, Tawny McMullen. She was teary-eyed as she remembered the 7-year-old as funny and joyful.

“She was just the sweet and outgoing; really talkative; really lovable,” McMullen said.

Jaslyn’s grandmother says Jontae Adams called her as soon as the shooting happened, saying, “They shot my baby!”

Relatives said it was normal outing for Jaslyn and her dad to go to McDonalds.

Chicago Mayor Lori Lightfoot spoke out about the shooting on Twitter Sunday night, saying she was “heartbroken and angered” and calling for an end to “the epidemic of gun violence.”

I am heartbroken and angered that a 7-year-old child was killed this afternoon on Chicago’s West Side. This unthinkable act of violence has no place here. The epidemic of gun violence cutting our children’s lives short cannot go on.

The number of international homebuyers declined sharply throughout the United States in the past year amidst the global COVID-19 pandemic, according … END_OF_DOCUMENT_TOKEN_TO_BE_REPLACED

Tom Rodeno, 50, a 20-year veteran in representing industrial spaces for Colliers International, based out of the Rosemont office with the title of … END_OF_DOCUMENT_TOKEN_TO_BE_REPLACED

A community in western Illinois has officially disbanded its police department over budget concerns. East Galesburg has been without its police … END_OF_DOCUMENT_TOKEN_TO_BE_REPLACED

The officer who died was the first Chicago cop shot and killed in the line of duty this year, Brown said. It's the first line-of-duty shooting … END_OF_DOCUMENT_TOKEN_TO_BE_REPLACED