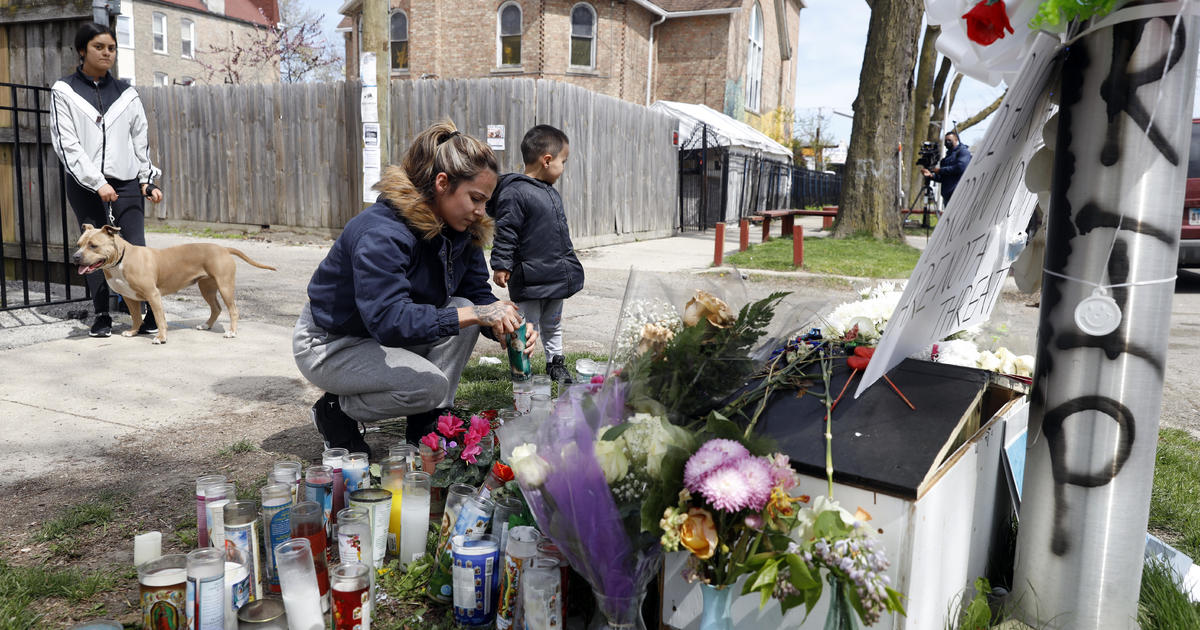 Protesters marched throughout the city Thursday after the city’s police oversight agency released footage of the fatal shooting on March 29 in the Little Village neighborhood. They criticized Lightfoot’s slow response to release information, including the officer’s name, throughout the week.

Baltazar Enriquez, president of the Little Village Community Council, said the mayor needs to redirect funds away from the police department and back to the community.

“The police department has a $1.7 billion budget. They keep taking the money from our kids to give it over to the police department. We’re saying enough is enough. Today, we ask for justice for Adam, justice for all those individuals that are being killed by police officers,” Enriquez said Thursday. “It’s a shame that these police officers, instead of protecting us, are killing us. This is how they treat little village because we’re Mexican and because we’re Brown.”

Before the video’s release to the public, Lightfoot called on a change to the Chicago Police Department’s foot pursuit policies. “These videos and these moments are never easy to bear witness to,” Lightfoot said. “Adam’s death is a forceful reminder that we cannot delay these efforts any longer.”

A resident lights a candle where 13-year-old Adam Toledo was shot by police in Chicago on April 16, 2021.

Protests will continue throughout the week. They also have plans to gather outside of Lightfoot’s home to make their message heard, CBS Chicago reported.

“They say we need more money for training,” said Reina Pienses, a Little Village resident. “And the thing is that they’re showing us that that training is for shooting and killing us. They trained to shoot and kill. That’s what we’re seeing here and we’re tired of that.”

The number of international homebuyers declined sharply throughout the United States in the past year amidst the global COVID-19 pandemic, according … END_OF_DOCUMENT_TOKEN_TO_BE_REPLACED

Tom Rodeno, 50, a 20-year veteran in representing industrial spaces for Colliers International, based out of the Rosemont office with the title of … END_OF_DOCUMENT_TOKEN_TO_BE_REPLACED

Chicago’s city officials move the deadline for submitting a proposal for the planned casino to October 29, looking for more bidders. Chicago … END_OF_DOCUMENT_TOKEN_TO_BE_REPLACED

A community in western Illinois has officially disbanded its police department over budget concerns. East Galesburg has been without its police … END_OF_DOCUMENT_TOKEN_TO_BE_REPLACED

The officer who died was the first Chicago cop shot and killed in the line of duty this year, Brown said. It's the first line-of-duty shooting … END_OF_DOCUMENT_TOKEN_TO_BE_REPLACED