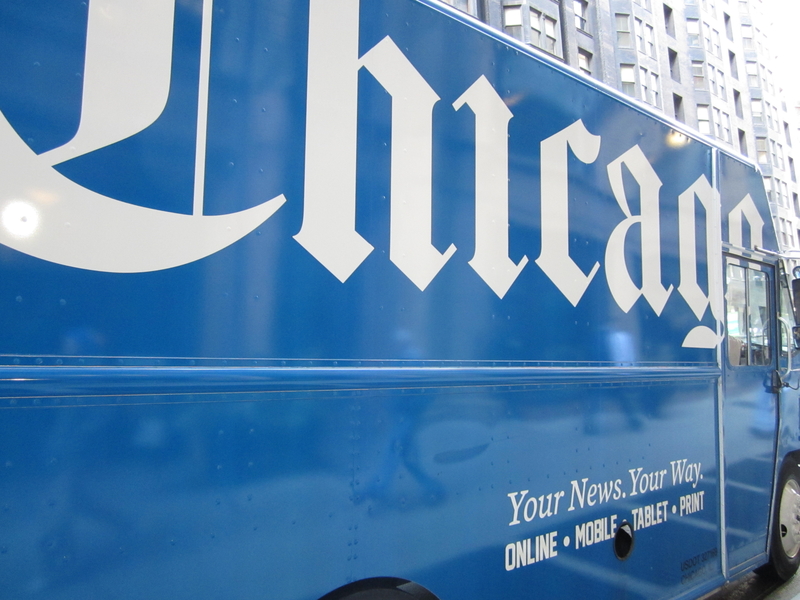 Tribune’s 11th-hour would-be white knights are Choice Hotels International Inc. chairman Stewart Bainum Jr. and Hansjoerg Wyss, an environmental philanthropist and the founder of medical-device maker Synthes, which was sold for about $20 billion to Johnson & Johnson in 2012. Bainum had a deal with Alden to acquire the Baltimore Sun and affiliated regional papers and put them into a public trust, but that arrangement reportedly fell apart after the hedge fund demanded payments for back-office services during the ownership transition that outstripped the $65 million purchase price. The special committee of Tribune’s board tasked with reviewing takeover offers said Monday that Bainum and Wyss’s $18.50-a-share bid is “reasonably” likely to lead to a proposal that’s superior to Alden’s $17.25 offer. This legal phrasing opens the door for Bainum and Wyss to conduct due diligence and engage in discussions with the Tribune board, although the directors technically continue to recommend shareholders vote for the Alden deal and the hedge fund can still topple the counterbid with a higher offer.

The reason a special committee, rather than the whole board, reviewed the proposal is that Alden installed a trio of affiliated executives as Tribune directors following its 2019 acquisition of former chairman Michael Ferro’s 25% stake in the company. Ferro’s colorful tenure at the company was heavy on the drama and light on the journalism. His reign included stubborn and creative resistance to a 2016 takeover pursuit by Gannett Co.; the regrettable decision to rename the company Tronc; the sale of the Los Angeles Times for $500 million to the company’s No. 2 investor, biotechnology executive Patrick Soon-Shiong; and an ignominious departure from the board mere hours before Fortune published a detailed story of sexual-harassment allegations.

It’s been a long, tiring road for everyone involved, but especially the journalists at Tribune’s papers whose future employment has fallen subject to the whims of the constantly churning M&A rumor mill. Before the Alden bid, there were reports that Tribune might be sold to a private equity firm, merge with McClatchy Co. or maybe try deal negotiations with Gannett again. Wyss told the New York Times that he was inspired to use his money to safeguard the future of journalism after reading an essay last year from two Chicago Tribune reporters about the threat posed by Alden ownership. It’s telling that those reporters have since left the paper. Tribune’s drama has consequences.

The Bainum-Wyss bid offers that rare opportunity to satisfy both shareholders and the greater journalistic good. The $18.50-a-share bid is fully financed and higher than what Alden has offered to date. A separate Tribune investor, Mason Slaine, the former CEO of business information publisher Thomson Financial, has indicated he would be interested in joining the Bainum-Wyss bid and putting up $100 million of his own money. That potential investment doesn’t appear to be included in the current $680 million bid, indicating there may be flexibility to counter a higher offer from Alden if necessary.

Alden hasn’t detailed its plans for Tribune but its reputation for gutting newsrooms precedes it. During a failed pursuit of Gannett in 2019, the hedge fund lambasted the company’s digital investments for a lack of return and called for a moratorium on new initiatives. In contrast, Bainum, Slaine and Wyss have all been clear that they see an opportunity to invest in the journalism business, rather than make a few extra nickels through cost cuts. “Maybe I’m naive,” Wyss told the Times, “but the combination of giving enough money to a professional staff to do the right things and putting quite a bit of money into digital will eventually make it a very profitable newspaper.”

It’s a novel idea for Tribune but it shouldn’t be. The board would be foolish to say no to the chance to finally do the right thing for journalism.

The number of international homebuyers declined sharply throughout the United States in the past year amidst the global COVID-19 pandemic, according … END_OF_DOCUMENT_TOKEN_TO_BE_REPLACED

Tom Rodeno, 50, a 20-year veteran in representing industrial spaces for Colliers International, based out of the Rosemont office with the title of … END_OF_DOCUMENT_TOKEN_TO_BE_REPLACED

Chicago’s city officials move the deadline for submitting a proposal for the planned casino to October 29, looking for more bidders. Chicago … END_OF_DOCUMENT_TOKEN_TO_BE_REPLACED

A community in western Illinois has officially disbanded its police department over budget concerns. East Galesburg has been without its police … END_OF_DOCUMENT_TOKEN_TO_BE_REPLACED

The officer who died was the first Chicago cop shot and killed in the line of duty this year, Brown said. It's the first line-of-duty shooting … END_OF_DOCUMENT_TOKEN_TO_BE_REPLACED