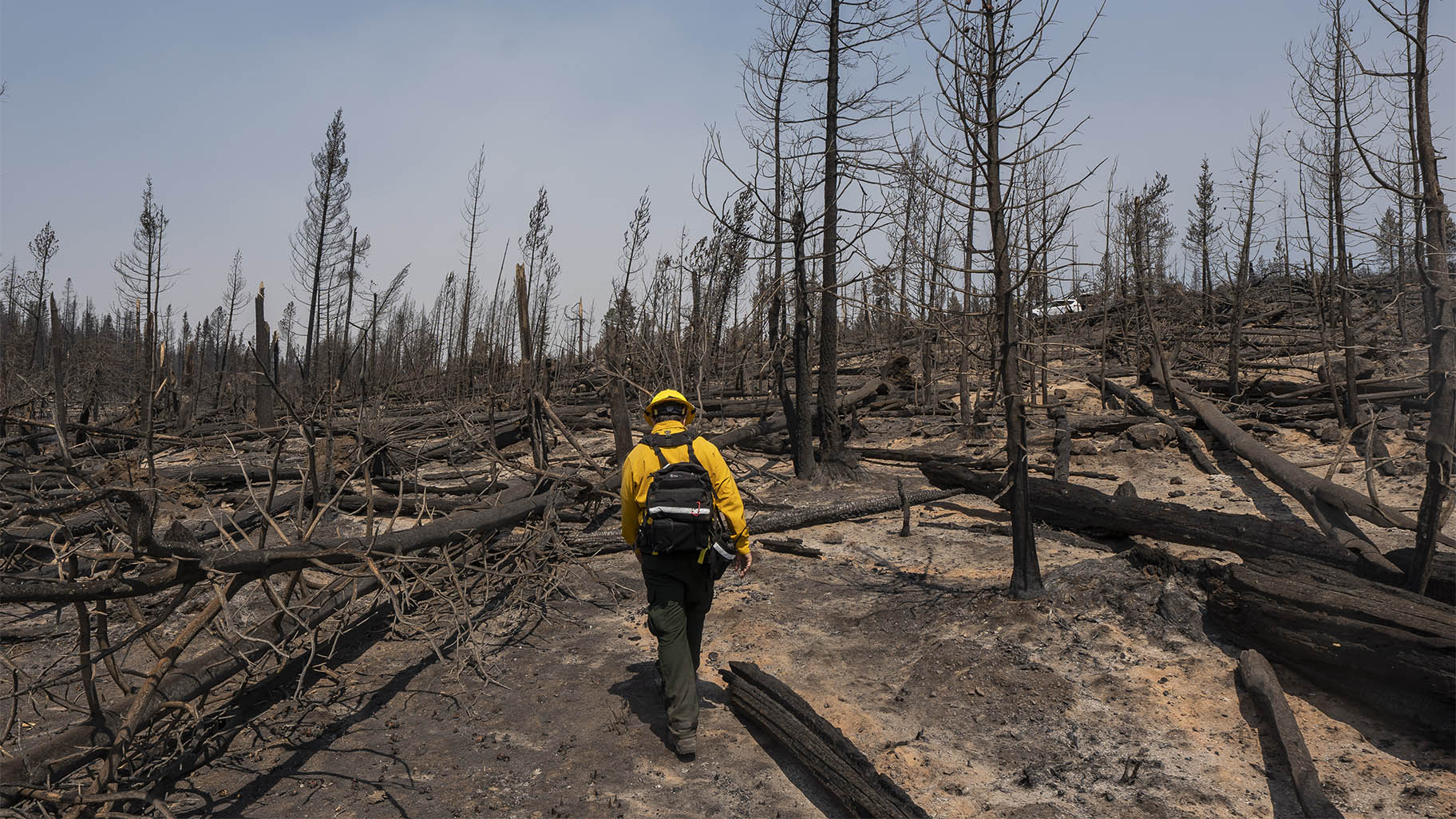 
BLY, Ore. (AP) — Out-of-state crews headed to Montana Saturday to battle a blaze that injured five firefighters as the West struggled with a series of fires that have ravaged rural lands and destroyed homes.

Progress was being made on the nation’s largest blaze, the Bootleg Fire in Oregon, but additional mandatory evacuations were ordered Friday evening and less than half of it had been contained, fire officials said. The growth of the sprawling fire had slowed, but increased fire activity was expected Saturday, and thousands of homes remained threatened on its eastern side, authorities said.

In California, Gov. Gavin Newsom on Friday proclaimed a state of emergency for four northern counties because of wildfires that he said were causing “conditions of extreme peril to the safety of persons and property.” The proclamation opens the way for more state support.

On Saturday, fire crews from California and Utah were coming to Montana, Gov. Greg Gianforte announced. Five firefighters were injured Thursday when swirling winds blew flames back on them as they worked on the Devil’s Creek fire burning in rough, steep terrain near the rural town of Jordan.

In California, the Tamarack Fire south of Lake Tahoe continued to burn through timber and chaparral and threatened communities on both sides of the California-Nevada state line. The fire, sparked by lightning July 4 in Alpine County, has destroyed at least 10 buildings.

In Butte County, California, the Dixie Fire continued to burn in rugged and remote terrain, hampering firefighters’ efforts to contain the blaze as it grows eastward, becoming the state’s largest wildfire so far this year.

Heavy smoke from both huge fires lowered visibility and may at times ground aircraft providing support for fire crews on the ground. The air quality south of Lake Tahoe and across the state line into Nevada deteriorated to very unhealthy levels.

In north-central Washington, firefighters battled two blazes in Okanogan County that threatened hundreds of homes and again caused hazardous air quality conditions Saturday. And in northern Idaho, east of Spokane, Washington, a small fire near the Silverwood Theme Park prompted evacuations Friday evening at the park and in the surrounding area. The theme park was back open on Saturday with the fire half contained.

Although hot weather with afternoon winds posed a continued threat of spreading blazes, weekend forecasts also called for a chance of scattered thunderstorms in California, Utah, Nevada, Arizona and other states. However, forecasters said some could be dry thunderstorms that produce little rain but a lot of lightning, which can spark new blazes.

More than 85 large wildfires were burning around the country, most of them in Western states, and they had burned over 1.4 million acres (2,135 square miles or more than 553,000 hectares) of land.

The number of international homebuyers declined sharply throughout the United States in the past year amidst the global COVID-19 pandemic, according … END_OF_DOCUMENT_TOKEN_TO_BE_REPLACED

Tom Rodeno, 50, a 20-year veteran in representing industrial spaces for Colliers International, based out of the Rosemont office with the title of … END_OF_DOCUMENT_TOKEN_TO_BE_REPLACED

Chicago’s city officials move the deadline for submitting a proposal for the planned casino to October 29, looking for more bidders. Chicago … END_OF_DOCUMENT_TOKEN_TO_BE_REPLACED

A community in western Illinois has officially disbanded its police department over budget concerns. East Galesburg has been without its police … END_OF_DOCUMENT_TOKEN_TO_BE_REPLACED

The officer who died was the first Chicago cop shot and killed in the line of duty this year, Brown said. It's the first line-of-duty shooting … END_OF_DOCUMENT_TOKEN_TO_BE_REPLACED