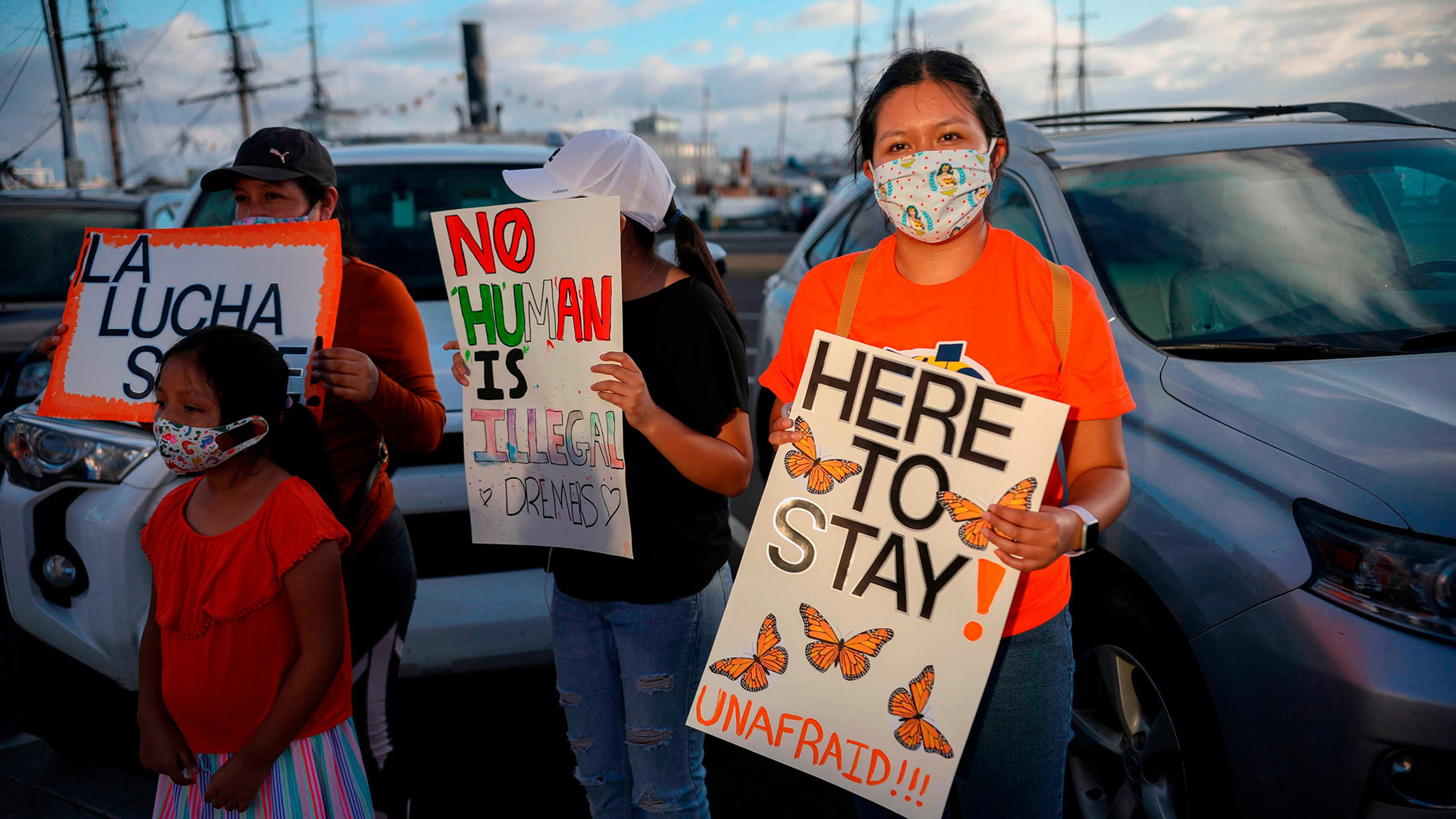 Video: Lora Ries of the Heritage Foundation and Vanessa Esparza-Lopez of the National Immigrant Justice Center join “Chicago Tonight” to discuss the future of DACA and Dreamers. (Produced by Evan Garcia)

(CNN) — A federal judge in Texas on Friday ruled that the Deferred Action for Childhood Arrivals program is unlawful. The decision, by U.S. District Judge Andrew Hanen of the Southern District of Texas, injected uncertainty into the lives of hundreds of thousands of young immigrants, as well as their families.

For now, however, those currently in the DACA program will be allowed to stay in it, even as the judge has blocked the government from approving the applications of new enrollees. Here is a breakdown of what his decision means.

DACA was established by the Obama administration in 2012.

The program offers undocumented immigrants who were brought to the U.S. as children protection from deportation as well as certain authorizations to work in the US. To be eligible, applicants had to have arrived in the U.S. before age 16 and have lived there since June 15, 2007. They could not have been older than 30 when the Department of Homeland Security enacted the policy in 2012. Recipients are required to renew their protections every two years. The program doesn’t provide permanent protection or a pathway to citizenship.

The Trump administration tried unsuccessfully to rescind it, but President Joe Biden has pledged to fortify it. His administration has already taken steps to put DACA through a more rigorous regulatory process, after Hanen previously had said that the Obama administration had not followed all the proper administrative procedures in launching the program.

As of March 31, there were 616,030 DACA recipients, the majority of whom were from Mexico.

What did Judge Hanen do?

Hanen declared DACA unlawful because he concluded it had violated the Administrative Procedure Act, which dictates what procedures agencies must go through to implement certain policies. Rather than immediately strike down the program in its entirety, he is putting some aspects of his decision on hold for the time being, as the case continues to be litigated and so the government can consider making changes to the program.

Does this mean DACA recipients will lose their jobs and be deported?

No. Friday’s ruling applies to new applicants, not to those who are already in the program.

Hanen stayed his order for current DACA recipients. As long as that stay is in effect, those recipients can also renew — a process that happens every two years — and Secretary of Homeland Security Alejandro Mayorkas said Saturday that his department “will continue processing DACA renewal requests, consistent with the ruling.”

Recipients will still be protected from deportation under DACA and allowed to work legally.

So whom does it affect?

New applicants. Last December, a federal judge in New York ruled that the federal government must accept new DACA applications. Since then, thousands of those eligible for the program have applied but the majority are still waiting for approval amid a backlog that accumulated during the coronavirus pandemic. Friday’s decision blocks those applications from being granted, even if they were submitted prior to the ruling, according to Thomas Saenz, the president and general counsel of the Mexican American Legal Defense and Education Fund. A Latino legal civil rights organization, MALDEF, is representing a group of DACA recipients who are defending the program in the case.

What happens next in the case?

The lawyers representing individual DACA recipients said Friday that they’re in the process of assessing next steps.

The Biden administration intends to appeal the ruling.

President Joe Biden, calling the ruling “deeply disappointing,” said in a Saturday statement that “the Department of Justice intends to appeal this decision in order to preserve and fortify DACA. And, as the court recognized, the Department of Homeland Security plans to issue a proposed rule concerning DACA in the near future.”

New Jersey, which intervened to defend DACA, could also choose to appeal.

The bigger picture: If Hanen’s order is appealed, it will go to the 5th U.S. Circuit Court of Appeals, an extremely conservative appeals court. If and when it then makes it to the Supreme Court, DACA’s defenders will be facing a conservative majority that includes three justices who called the program unlawful in a dissent in a previous case.

The number of international homebuyers declined sharply throughout the United States in the past year amidst the global COVID-19 pandemic, according … END_OF_DOCUMENT_TOKEN_TO_BE_REPLACED

Tom Rodeno, 50, a 20-year veteran in representing industrial spaces for Colliers International, based out of the Rosemont office with the title of … END_OF_DOCUMENT_TOKEN_TO_BE_REPLACED

A community in western Illinois has officially disbanded its police department over budget concerns. East Galesburg has been without its police … END_OF_DOCUMENT_TOKEN_TO_BE_REPLACED

The officer who died was the first Chicago cop shot and killed in the line of duty this year, Brown said. It's the first line-of-duty shooting … END_OF_DOCUMENT_TOKEN_TO_BE_REPLACED