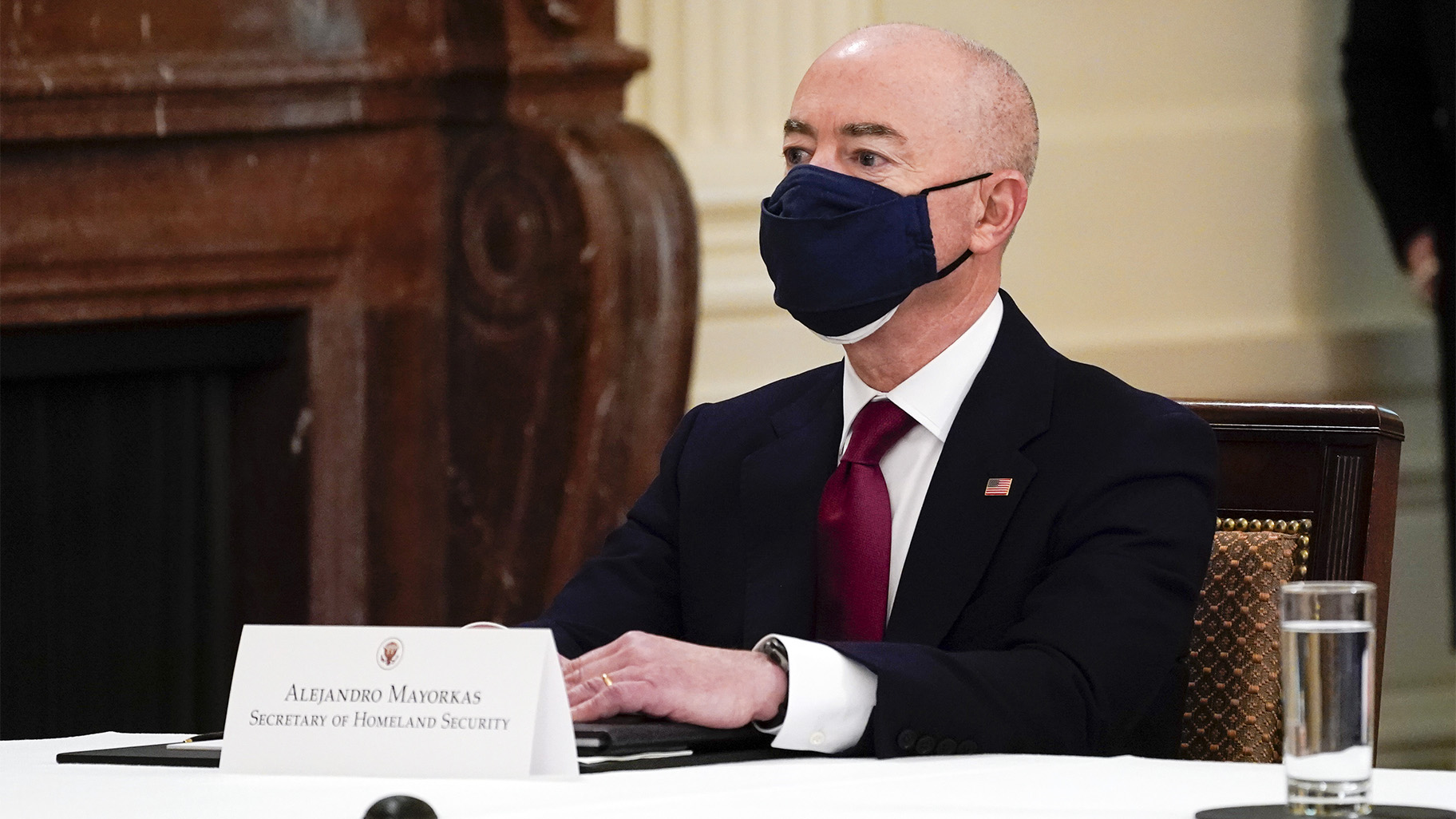 
WASHINGTON (AP) — Immigration arrests at courthouses will be more limited than they were under President Donald Trump under a change of policy announced Tuesday by the Biden administration.

Immigration and Customs Enforcement agents will no longer be authorized to carry out routine arrests at courthouses, a practice that Homeland Security Secretary Alejandro Mayorkas said discouraged people from attending court hearings and cooperating with law enforcement.

ICE can make arrests at courthouses in cases involving matters of national security or if the person poses a threat to public safety. Agents can also apprehend someone who is the subject of an active pursuit or who authorities suspect may destroy evidence in a criminal case, Mayorkas said in a statement announcing the new policy.

The goal, Mayorkas said, is to balance the “fair administration of justice” with immigration enforcement.

“The expansion of civil immigration arrests at courthouses during the prior administration had a chilling effect on individuals’ willingness to come to court or work cooperatively with law enforcement,” he said.

The new policy is part of a broader realignment of immigration policy under Biden, whose administration has rolled back some of the more restrictive measures of his predecessor. It has retained some policies, including a public health order that authorizes Customs and Border Protection to quickly expel most people trying to illegally enter the U.S.

As part of its border enforcement strategy, the administration also announced it would crack down on migrant smuggling with targeted financial and travel sanctions and other measures against traffickers in a plan dubbed “Operation Sentinel.”

Under Trump, immigration authorities sparked criticism among advocates and some law enforcement officials with a policy, formalized in 2018, that specifically authorized routine apprehensions at federal, state and local courthouses to make arrests.

Officials argued at the time that they were compelled to make arrests at courthouses because some local jurisdictions, under “sanctuary city” policies, refused to cooperate with ICE and turn over noncitizens from jails and prisons.

That Trump-era policy prioritized public safety threats such as gang members but did not prohibit other, more routine apprehensions and did not bar agents from detaining family members, friends or witnesses who could face deportation.

In February, the administration directed ICE to focus only on people in the country who pose a threat, who have committed specific offenses, including serious felonies and sex crimes, or who have recent convictions for driving under the influence.

The priorities are similar to what was done under President Barack Obama but are more restrictive than under Trump, whose administration sought to arrest and remove anyone in the country illegally regardless of criminal history or community ties.

The number of international homebuyers declined sharply throughout the United States in the past year amidst the global COVID-19 pandemic, according … END_OF_DOCUMENT_TOKEN_TO_BE_REPLACED

Tom Rodeno, 50, a 20-year veteran in representing industrial spaces for Colliers International, based out of the Rosemont office with the title of … END_OF_DOCUMENT_TOKEN_TO_BE_REPLACED

A community in western Illinois has officially disbanded its police department over budget concerns. East Galesburg has been without its police … END_OF_DOCUMENT_TOKEN_TO_BE_REPLACED

The officer who died was the first Chicago cop shot and killed in the line of duty this year, Brown said. It's the first line-of-duty shooting … END_OF_DOCUMENT_TOKEN_TO_BE_REPLACED