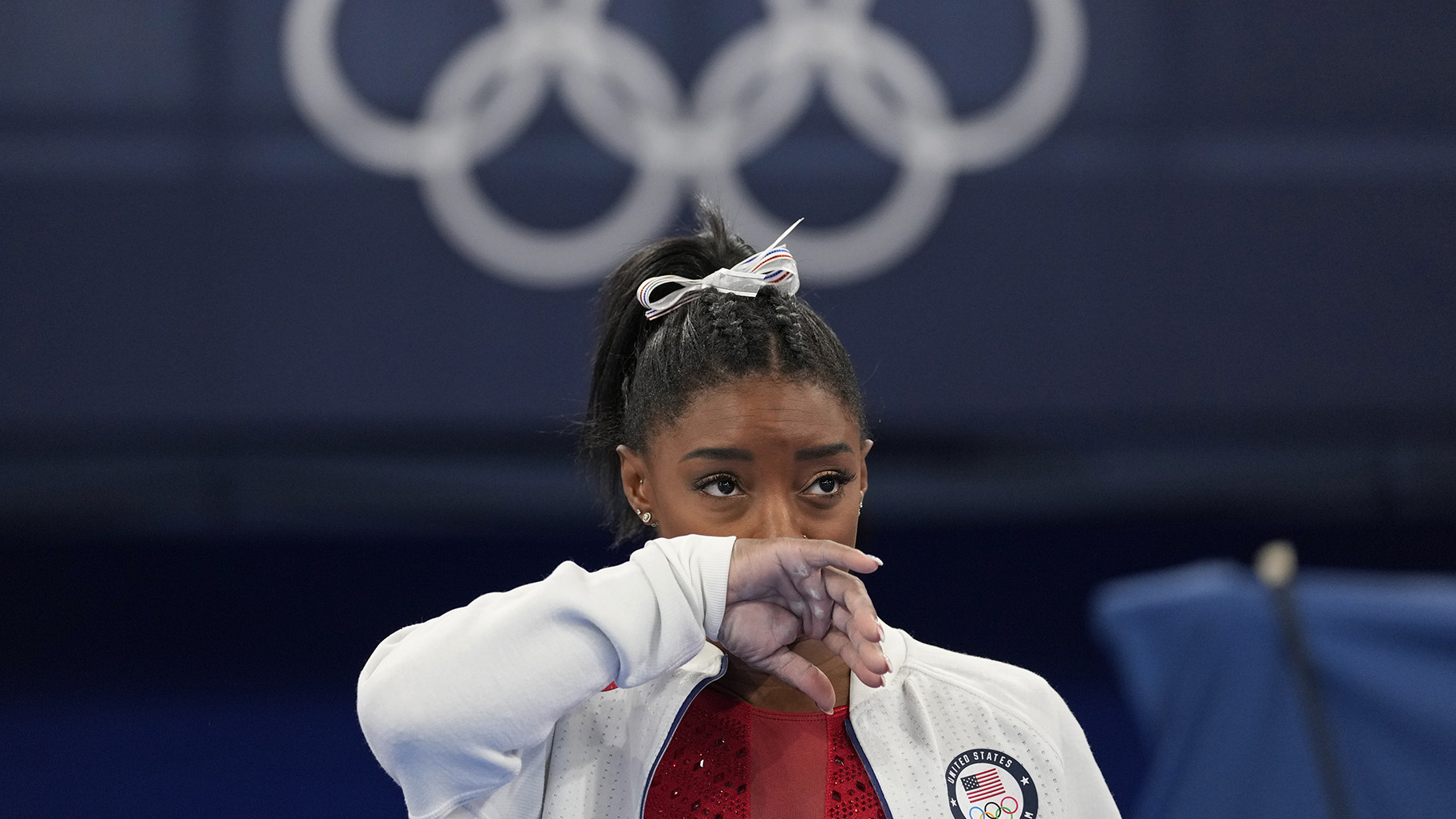 
TOKYO (AP) — Simone Biles came to Tokyo as the star of the U.S. Olympic movement and perhaps the games themselves.

It all came to a stunning halt in the women’s gymnastics final on Tuesday night. A wonky vault to start the competition left her huddling with the U.S. team doctor before heading backstage for a few moments.

When she re-emerged, she hugged her teammates, took off her bar grips and put on a sweatsuit while dealing with what USA Gymnastics described as a “medical issue.”

Her day was over. A short time later, despite a valiant effort from Grace McCallum, Sunisa Lee and Jordan Chiles, so was the U.S.’s long run atop the sport.

The team representing the Russian Olympic Committee surged past the U.S. to gold, posting a score of 169.528 to capture the country’s first Olympic title since Barcelona in 1992.

The Americans drew within eight-tenths of a point through three rotations even with Biles serving as head cheerleader. ROC, however, never wavered on floor. And they erupted when 21-year-old Angelina Melnikova’s floor exercise score assured them of the top spot on the podium.

The victory came a day after ROC men’s team edged Japan for the top spot in the men’s final.

The Russian athletes collapsed in joy after Angelina Melnikova’s floor routine score assured them of the top spot.

The Americans hung in there for silver even without Biles.

The number of international homebuyers declined sharply throughout the United States in the past year amidst the global COVID-19 pandemic, according … END_OF_DOCUMENT_TOKEN_TO_BE_REPLACED

Tom Rodeno, 50, a 20-year veteran in representing industrial spaces for Colliers International, based out of the Rosemont office with the title of … END_OF_DOCUMENT_TOKEN_TO_BE_REPLACED

Chicago’s city officials move the deadline for submitting a proposal for the planned casino to October 29, looking for more bidders. Chicago … END_OF_DOCUMENT_TOKEN_TO_BE_REPLACED

A community in western Illinois has officially disbanded its police department over budget concerns. East Galesburg has been without its police … END_OF_DOCUMENT_TOKEN_TO_BE_REPLACED

The officer who died was the first Chicago cop shot and killed in the line of duty this year, Brown said. It's the first line-of-duty shooting … END_OF_DOCUMENT_TOKEN_TO_BE_REPLACED