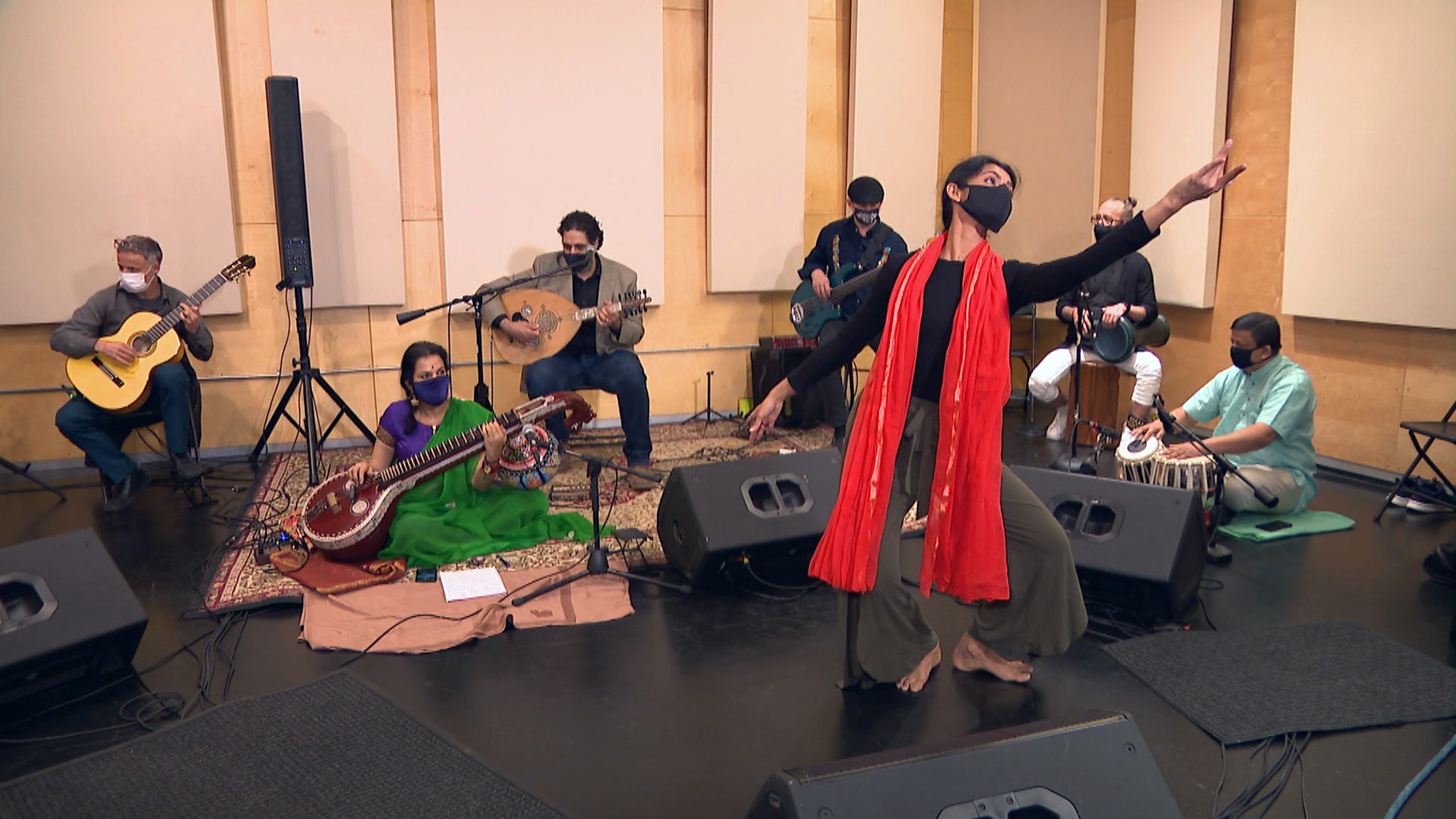 Composed of musicians of many races and ethnicities based in Chicago, this global music group has a mission to make cross-cultural connections.

“The point was to see how we can create musical dialogue via instruments, people, individuals, rather than generalize a culture,” said ensemble member Ronnie Malley. “Let me meet you first.”

From Indian, to Middle Eastern to Spanish Flamenco, this group of 10 uses sound to create a musical marriage that highlights their cross-cultural connections.

“When people see so many different genres, cultures and backgrounds, they become aware of what’s different,” said founder of the Surabhi Ensemble, Saraswathi Ranganathan. “So there’s awareness. When there’s greater awareness, there’s a little bit of depth and understanding, which creates less fear.”

“We’ve taken more time with this and have a little bit more knowledge from just traveling,” Surabhi Ensemble member Carlo Basile said. “Me traveling to India and all these places around the world. We’ve kind of cultivated this palette that is a little bit more deep and rich because of the time we spent and the places we’ve gone. Even though music is infinite, rhythms and beats, there’s a few of them in all types of music that are similar.”

Their instruments have led them across the country on global peace tours, playing at local institutions in places like Senegal, Spain and Vietnam.

“We ended up going to the National Conservatory of Vietnam, and having this amazing exchange,” Malley shares. “In this process, we’re realizing, ‘hey that instrument is very similar to mine!’ We have this discussion of tracing roots to instruments, listening to how the music worked. We showed what we had, they showed what they had and then we played together. Those experiences went beyond entertainment. This was a living cultural exchange.”

They’ve worked to create those cultural exchanges locally as well, like their current collaboration with the Sones de Mexico Ensemble.

“As an immigrant from Mexico, it has been a part of my life process to bring together two cultures,” said Juan Díes of Sones de Mexico. “It doesn’t have to be one or the other. Playing in both ensembles [Sones and Surabhi] allows me to execute my truth, fully.”

Lorena Iniguez is a dancer with the Sones de Mexico.

The Surabhi Ensemble will have their first in person performance June 2 at the City Winery.

Angel Idowu is the JCS Fund of the DuPage Foundation Arts Correspondent.

The number of international homebuyers declined sharply throughout the United States in the past year amidst the global COVID-19 pandemic, according … END_OF_DOCUMENT_TOKEN_TO_BE_REPLACED

Tom Rodeno, 50, a 20-year veteran in representing industrial spaces for Colliers International, based out of the Rosemont office with the title of … END_OF_DOCUMENT_TOKEN_TO_BE_REPLACED

Chicago’s city officials move the deadline for submitting a proposal for the planned casino to October 29, looking for more bidders. Chicago … END_OF_DOCUMENT_TOKEN_TO_BE_REPLACED

A community in western Illinois has officially disbanded its police department over budget concerns. East Galesburg has been without its police … END_OF_DOCUMENT_TOKEN_TO_BE_REPLACED

The officer who died was the first Chicago cop shot and killed in the line of duty this year, Brown said. It's the first line-of-duty shooting … END_OF_DOCUMENT_TOKEN_TO_BE_REPLACED