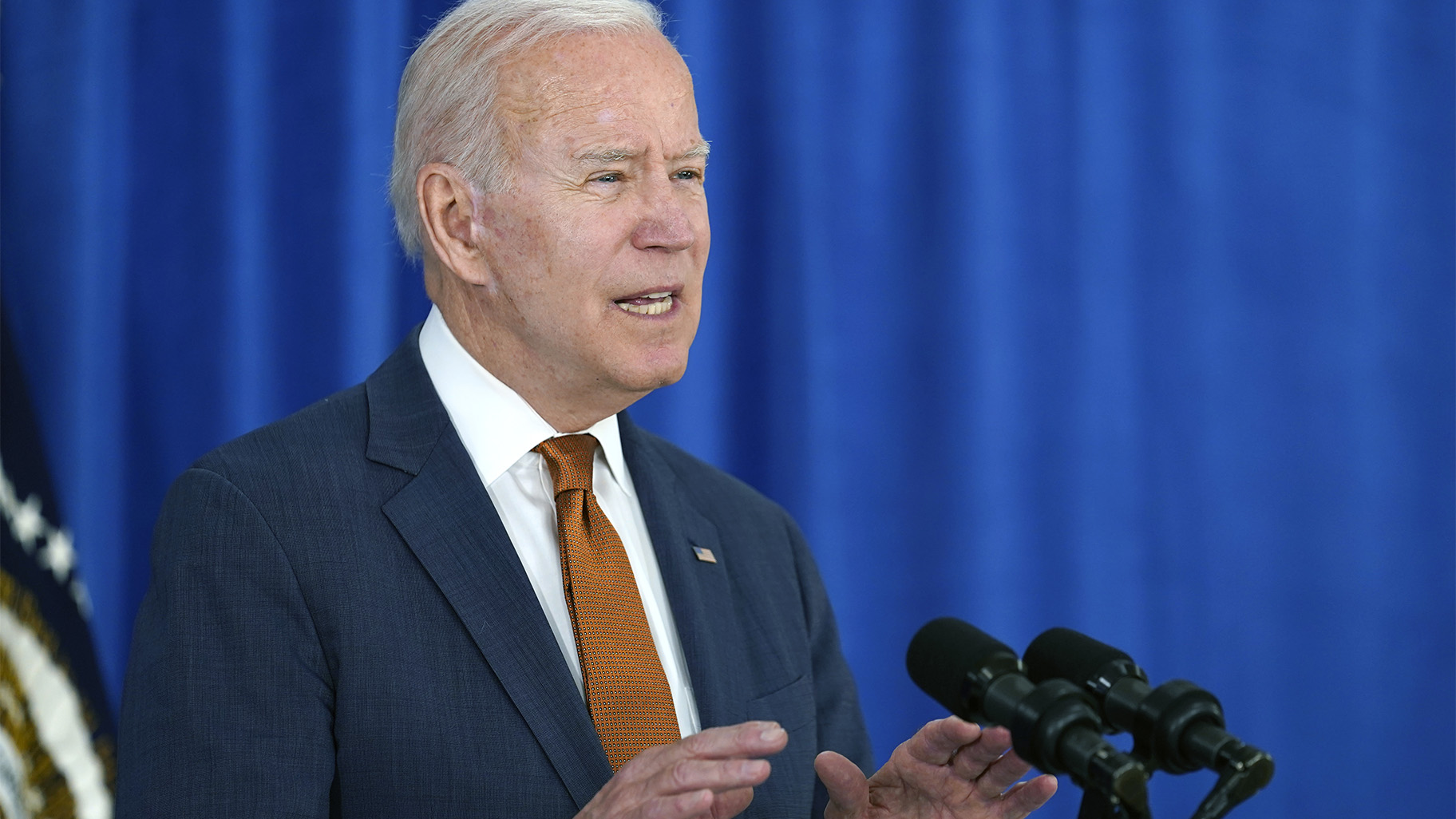 
WASHINGTON (AP) — Senate Republicans on Friday panned President Joe Biden’s latest infrastructure proposal and are expected to make a new offer as talks grind toward next week’s deadline for progress on a bipartisan deal.

Speaking after the release of a modest May jobs report, Biden made the case for his robust investment package to push the economy past the COVID-19 crisis and downturn, and into a new era.

“Now is the time to build on the progress we’ve made,” Biden told reporters from Rehoboth Beach, Maryland. “We need to make those investments today to continue to succeed tomorrow.”

Transportation Secretary Pete Buttigieg has indicated that Biden will look to act without Republican support if there is no consensus when Congress returns from its Memorial Day break.

While Biden and the GOP senators have narrowed the price gap between his initial $2.3 trillion proposal and the GOP’s $568 billion opening bid, they remain far apart on how to pay for what could be a compromise $1 trillion investment.

Republicans are showing no interest in Biden’s latest proposal for a 15% corporate minimum tax rate that would ensure all companies pay something in taxes, rather than allowing so many write-offs or deductions that they contribute zero to the treasury.

A Republican familiar with the talks and granted anonymity to discuss the private assessment said the GOP senators view Biden’s latest idea as an unnecessary tax hike.

Instead, Republicans led by Sen. Shelley Moore Capito of West Virginia, are poised to submit a revised offer when she talks with Biden again Friday, the person said. They will insist on using untapped COVID-19 relief funds to pay for the infrastructure investments, the Republican said. Biden’s team has rejected that approach.

Still, neither Biden nor the GOP senators appear ready to call off talks, even as Democrats lay the groundwork to use budget rules to pass any big package on their own, without Republican votes.

On Friday, House Democrats released a plan for spending $547 billion over the next five years on road, mass transit and rail projects, a blueprint of their priorities and a potential building block for Biden’s broader package.

The proposal from Rep. Peter DeFazio, the Democratic chairman of the House Transportation and Infrastructure Committee, continues existing programs set to expire and adds key pieces of the larger measure Biden is negotiating with Republicans.

DeFazio’s legislation, a reauthorization of surface transportation programs set to expire Sept. 30, doesn’t address how to pay for the projects. He called the effort a “once-in-a-generation opportunity to move our transportation planning out of the 1950s and toward our clean energy future.”

In addition to Biden’s proposed a 15% minimum tax on corporations — there’s no minimum tax now on corporate profits — he envisions additional revenues from increased IRS enforcement. He is seeking roughly $1 trillion in new infrastructure spending. Senate Republicans have countered with only $257 billion in additional spending.

The House bill would authorize up to $343 billion for roads, bridges and safety improvements. Another $109 billion would go to public transit programs and $95 billion would go to freight and passenger rail system, including a tripling of funding for Amtrak.

DeFazio’s bill is not expected to attract much GOP support, as Republicans unveiled their own legislation recently that would authorize about $400 billion over five years for road, bridge and transit programs.

Republicans on the House panel panned the bill in a statement. “Instead of working with Republicans to find common ground on a bill that could earn strong bipartisan support – something our Senate counterparts did successfully last month – this bill moves even further to the left to appease the most progressive members in the Majority’s party.”

A Senate panel recently passed its version of the highway bill unanimously, but the lawmakers didn’t have to vote yet on how they would pay for it, a focal point of negotiations between GOP senators and the White House.

Business groups such as the U.S. Chamber of Commerce and the Business Roundtable have called on lawmakers to continue negotiations and work toward a bipartisan compromise.

But some Democrats have questioned the merits of that approach and are already unhappy with some of the compromises that Biden has offered. They support using a process that would allow Democrats to pass an infrastructure boost with a simple majority, which they did through a COVID-19 relief measure that delivered $1,400 payments to most Americans.

“Getting Republicans on board is not necessary. Getting the American people back on their feet is,” Rep. Jamaal Bowman, D-N.Y., said Thursday night.

The number of international homebuyers declined sharply throughout the United States in the past year amidst the global COVID-19 pandemic, according … END_OF_DOCUMENT_TOKEN_TO_BE_REPLACED

Tom Rodeno, 50, a 20-year veteran in representing industrial spaces for Colliers International, based out of the Rosemont office with the title of … END_OF_DOCUMENT_TOKEN_TO_BE_REPLACED

Chicago’s city officials move the deadline for submitting a proposal for the planned casino to October 29, looking for more bidders. Chicago … END_OF_DOCUMENT_TOKEN_TO_BE_REPLACED

A community in western Illinois has officially disbanded its police department over budget concerns. East Galesburg has been without its police … END_OF_DOCUMENT_TOKEN_TO_BE_REPLACED

The officer who died was the first Chicago cop shot and killed in the line of duty this year, Brown said. It's the first line-of-duty shooting … END_OF_DOCUMENT_TOKEN_TO_BE_REPLACED