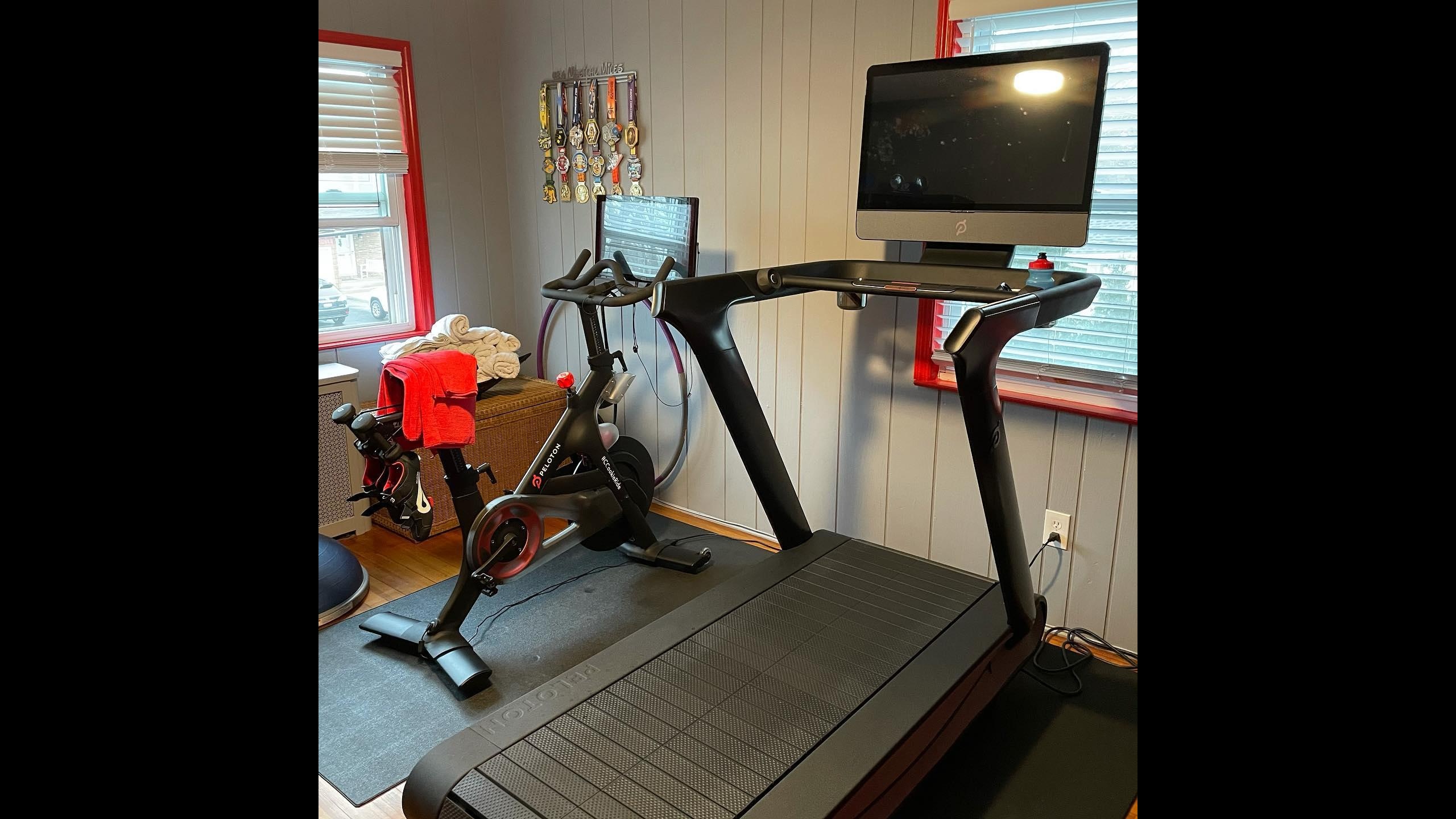 Exercise equipment company Peloton is recalling its treadmills after reports of injuries and the death of at least one child. (Peloton / Facebook)


Exercise equipment company Peloton is recalling its treadmills after the death of at least one child and dozens of reports of injuries.

Consumers should stop using the Peloton Tread and Tread+ immediately and move them somewhere inaccessible to children, according to the U.S. Consumer Product Safety Commission (USCPSC).

The Tread+ poses a serious threat to users and can pull adult users, children, pets and objects underneath the rear of the treadmill. Peloton has received at least 72 reports of such injuries, including 29 involving children who suffered second- and third-degree abrasions, broken bones and lacerations. A 6-year-old child recently died after being pulled under the rear of the Peloton Tread+ treadmill.

Children’s advocacy group, Kids in Danger, applauded the recall of about 125,000 Tread+ products.

“Considering the demographics of Peloton users, it was clear that children would be in close proximity to the product and the danger posed by the product is likely not clear to their parents,” Nancy Cowles, executive director of Kids In Danger, said in a statement. “Designing safety into a product is always more effective than warnings.”

The recall involves the Tread+ treadmill with model number TR01, which was sold from September 2018 through April. You can find the model number on a black sticker located on the end cap in front of the treadmill deck. Initially launched in 2018 as Peloton Tread, the product was renamed Tread+ last September and costs about $4,300, according to USCPSC.

Peloton will stop selling the Tread+ and consumers can apply for a full refund until Nov. 6, 2022.

Peloton is offering to move the Tread+ free of charge to a room that is inaccessible to children and pets if consumers decline a refund. The exercise company is also implementing software improvements to automatically lock the Tread+ after each use and prevent unauthorized access by assigning a four-digit passcode that would be required to unlock the treadmill.

The recall involves Peloton Tread treadmills with model TR02, which were sold from November 2020 through March and cost about $2,500, according to USCPSC. Consumers can get a full refund or can wait for a free inspection and repair that will secure the touch screen to the treadmill and prevent future incidents. No timeline has been set for the inspections and repairs.

In a statement, Peloton CEO John Foley called the recalls “the right thing to do” after initially refusing to recall them last month when the USCSPC raised concerns about the products.

“Peloton made a mistake in our initial response to the Consumer Product Safety Commission’s request that we recall the Tread+. We should have engaged more productively with them from the outset,” Foley said. “We believe strongly in the future of at-home connected fitness and are committed to work with the CPSC to set new industry safety standards for treadmills.”

The number of international homebuyers declined sharply throughout the United States in the past year amidst the global COVID-19 pandemic, according … END_OF_DOCUMENT_TOKEN_TO_BE_REPLACED

Tom Rodeno, 50, a 20-year veteran in representing industrial spaces for Colliers International, based out of the Rosemont office with the title of … END_OF_DOCUMENT_TOKEN_TO_BE_REPLACED

Chicago’s city officials move the deadline for submitting a proposal for the planned casino to October 29, looking for more bidders. Chicago … END_OF_DOCUMENT_TOKEN_TO_BE_REPLACED

A community in western Illinois has officially disbanded its police department over budget concerns. East Galesburg has been without its police … END_OF_DOCUMENT_TOKEN_TO_BE_REPLACED

The officer who died was the first Chicago cop shot and killed in the line of duty this year, Brown said. It's the first line-of-duty shooting … END_OF_DOCUMENT_TOKEN_TO_BE_REPLACED