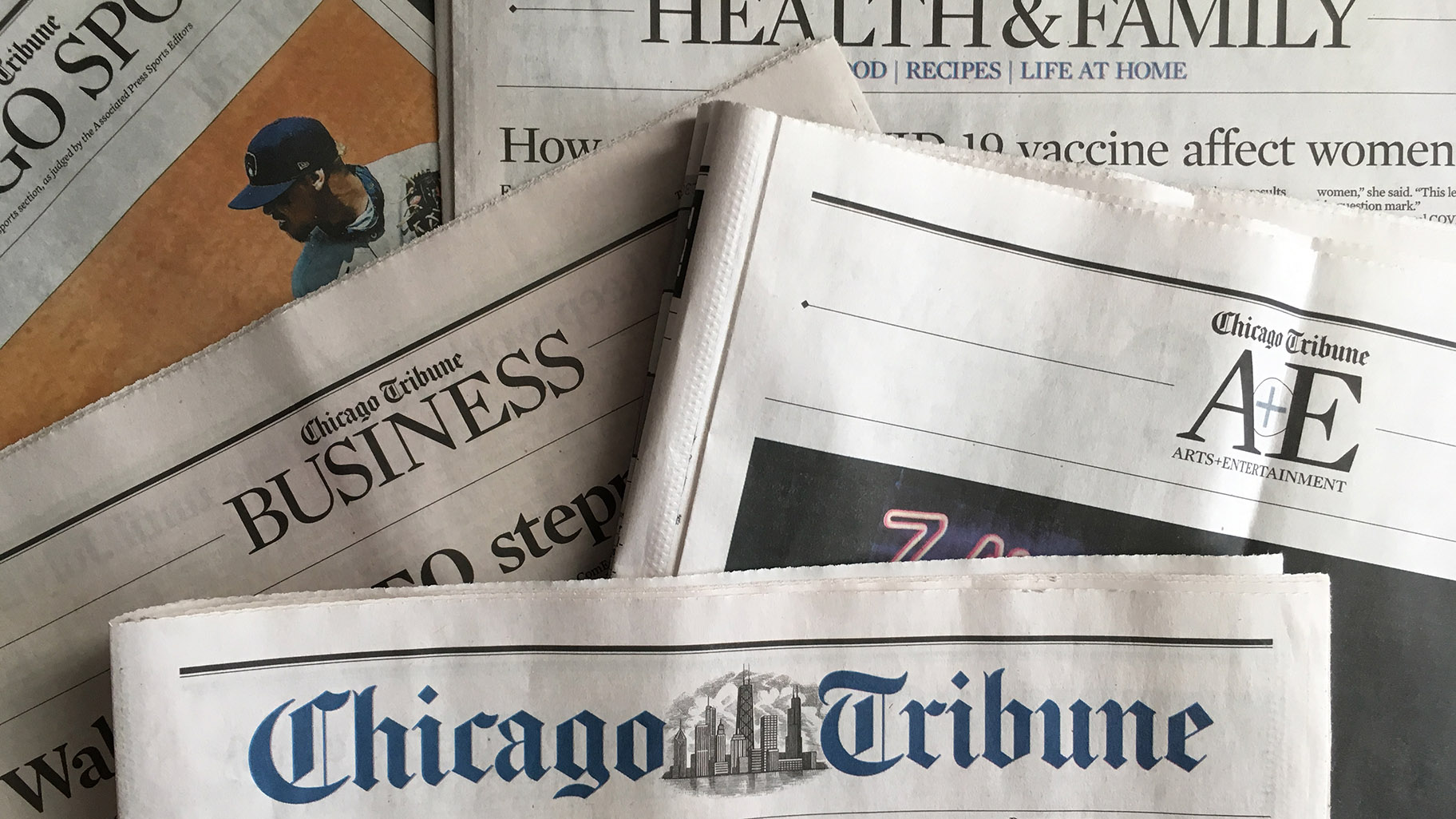 The final tally isn’t clear yet, but it is estimated that around 40 people, including some of the newspaper’s most notable columnists are leaving.

Those who made the news public include columnists Eric Zorn, Heidi Stevens, Mary Schimch, who won the Pulitzer Prize in 2012, and Dahleen Glanton, who was a Pulitzer Prize finalist in 2017.

“My sense is that I’m not in the long-term plans of our new owners and that I  should see the offer not as a shove out the door but as a launching pad for new adventures, new projects and new beginnings of all sorts,” wrote Zorn in his “Change of Subject” blog.

“My first day at the Chicago Tribune was the day the Pulitzer Prizes were announced in April 1998,” wrote Stevens in her final column. “I walked in to start my night shift, and the newsroom was drinking Champagne. Paul Salopek had just won a Pulitzer (the first of two) for his work exploring and explaining the Human Genome Project, which charted the genetic connections of all people. I had no idea what I was getting into. I was a 23-year-old intern,” noted Stevens.

Other notable writers walking away from the Tribune are John Kass, Steve Chapman, Phil Rosenthal, Steve Johnson, Mary Ellen Podmolik, and Susan Homan, who is the publisher of Chicago Magazine.

“Even more than college, newspaper work would be my education,” wrote Schmich in her final column.

“So thank you. To all the people who educated me by sharing their stories, who taught me what’s going on behind the windows and in the streets. To the editors who let me be myself while pushing me to think harder. To the colleagues whose work has made mine better and whose friendship has given me courage,” wrote Schmich.

“And thank you to the Tribune’s readers, you who have shared your time by reading what I’ve written,” added Schmich.

Glanton Tweeted her decision before her final column was published.

“I am honoring my dad, who told me in 1989 that it was time for me to “get a job and keep it.” So, I did for 32 years. Now, I’ve decided to take the buyout and will be leaving the Chicago Tribune this week along with many of my colleagues,” Tweeted Glanton. “It’s been a wonderful ride!”

Today, I am honoring my dad, who told me in 1989 that it was time for me to “get a job and keep it.” So, I did for 32 years. Now, I’ve decided to take the buyout and will be leaving the Chicago Tribune this week along with many of my colleagues. It’s been a wonderful ride!

The number of international homebuyers declined sharply throughout the United States in the past year amidst the global COVID-19 pandemic, according … END_OF_DOCUMENT_TOKEN_TO_BE_REPLACED

Tom Rodeno, 50, a 20-year veteran in representing industrial spaces for Colliers International, based out of the Rosemont office with the title of … END_OF_DOCUMENT_TOKEN_TO_BE_REPLACED

A community in western Illinois has officially disbanded its police department over budget concerns. East Galesburg has been without its police … END_OF_DOCUMENT_TOKEN_TO_BE_REPLACED

The officer who died was the first Chicago cop shot and killed in the line of duty this year, Brown said. It's the first line-of-duty shooting … END_OF_DOCUMENT_TOKEN_TO_BE_REPLACED