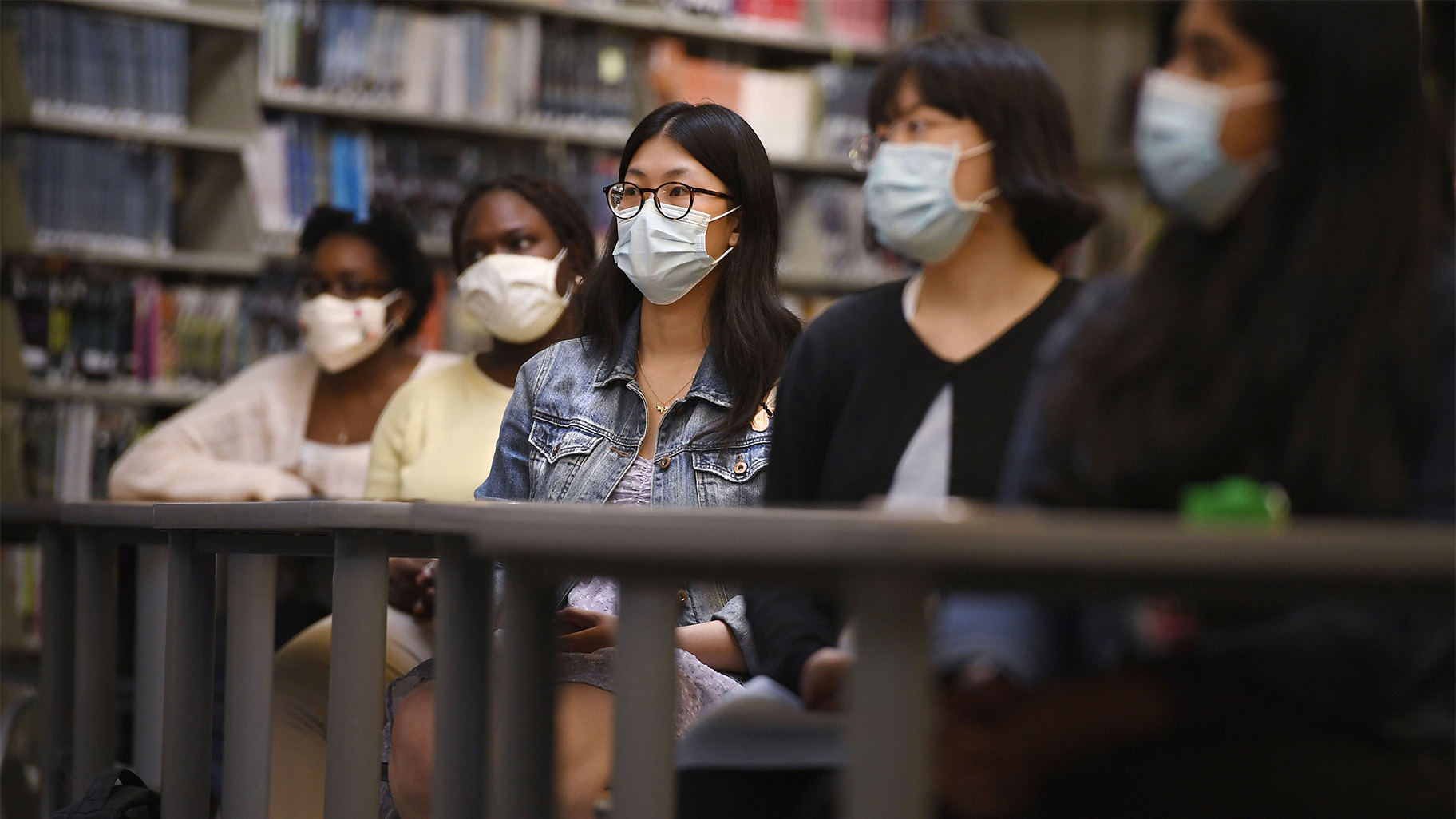 
CHARLOTTE, N.C. (AP) — When the Asian American Student Union at a Connecticut high school organized a Zoom call following the killing of six Asian women in Atlanta, senior Lily Feng thought maybe 10 or 15 classmates would attend. When she logged on, more than 50 people from her school were online. By the call’s end, nearly 100 people had joined.

Seeing her peers at Farmington High School turn out for the conversation — one piece of a student-led effort to explore Asian American identity issues — made her realize how much they wanted to listen and learn about a topic that is often absent from the curriculum.

“Our Asian American and Pacific Islander community members, they want their voices to be heard,” said Feng, co-president of the student group that also has brought in speakers, hosted panels and created lessons about Asian American history. “They are almost desperate to be speaking about it. This is so heavy, this is heartbreaking and it was a space for them to really voice that.”

As students push for more inclusive curriculum, some lawmakers, educators and students themselves are working to address gaps in instruction and fight harmful stereotypes by pushing for more Asian American history to be included in K-12 lesson plans.

Illinois would become the first state to require public schools to teach Asian American studies if the governor signs a bill that cleared the state Legislature. Lawmakers have proposed similar mandates this year in Connecticut, New York and Wisconsin.

Jennifer Gong-Gershowitz, an Illinois representative, said she sponsored the bill in response to the increasing anti-Asian violence and rhetoric. Growing up, she said she knew little of the discrimination her family had faced in earlier generations because it wasn’t taught in school and her family did not openly speak about it.

“I think, like a lot of Asian families, their response to that discrimination was to endure, to survive,” she said. “And that meant moving past it, not talking about it, not educating the next generation about the struggles faced by a first generation.”

It wasn’t until law school that Gong-Gershowitz learned about the Chinese Exclusion Act, an 1882 law that prohibited Chinese workers from immigrating and the only law to exclude a specific ethnicity from entering the country, and the deportation threat it represented for her grandparents. Understanding that history is central to addressing the violence today, she said.

“When people talk about what are we going to do about racism, hate, violence, otherization, my answer is always look at the root cause of that,” she said. “Empathy comes from understanding, and we cannot do better unless we know better.”

Asian Americans are largely excluded from textbooks, shown as stereotypes or framed as model minorities, said Nicholas Hartlep, an associate professor at Berea College in Kentucky who authored a book on those depictions in instructional materials. He said it is encouraging to see the legislation, but funding to support the requirements is necessary for them to make a difference.

“Is that an unfunded mandate where they just say, ‘Yes, it has to be covered?’” Hartlep said. “Or does it come with funding? And what quality assurances do we have for what’s being taught? Because if it’s just glossing over, that can be equally damaging.”

The growing conversations around anti-Asian hate have also given new urgency to long-running efforts to develop and introduce instructional material for schools that explores Asian American history.

Some educators have taken it upon themselves to fill the content gap.

As public school teachers earlier in their careers, Freda Lin and Cath Goulding each saw little of their personal history reflected in the lessons they were teaching unless they designed their own. Now, as co-directors of YURI Education Project, they provide curriculum and professional development around teaching Asian American history.

Goulding said that while the push for inclusion dates back to the 1960s, recent advocacy to expand Asian American and ethnic studies, including Black, Latino and Native American history, in K-12 classrooms has tried to go beyond representation to look at how race shapes power structures and lived experiences.

“When I was becoming a teacher in the early 2000s, the trend in education then was multiculturalism,” Goulding said. “At its core, it was not about critiquing power and for me that’s been the real shift in the conversations.”

At its best, ethnic studies helps students understand their own agency and teaches children to draw connections between historic events like the Chinese Exclusion Act and modern-day immigration issues, said Jason Oliver Chang, a professor at the University of Connecticut who has worked to advance the state’s legislation on Asian American studies.

“I think ethnic studies is in some ways a way of practicing citizenship,” Chang said. “Learning about ourselves, but then also acting on that knowledge. It’s about teaching in a way that engages the student and their own story and perspective, with content that engages with the structures of power that shape their world.”

Students at Farmington High School are pushing those lessons forward on their own. This year, the Asian American Student Union’s leaders met with the school administration to propose changes to the social studies curriculum.

Mingda Sun, a member of the organization, recalls being taunted by racist slurs from her peers in elementary and middle school. Back then, she said, she was too young to fully understand the racism that fed the bullying, and her experiences were rarely acknowledged at school.

She hopes the advocacy that has followed this year of violence can change that in the future, starting with her own school and state.

“At the end of the day it’s about empowering young Asian Americans to feel proud of who they are,” she said. “It’s about helping schools that are able to provide resources and opportunities to do that.”

The number of international homebuyers declined sharply throughout the United States in the past year amidst the global COVID-19 pandemic, according … END_OF_DOCUMENT_TOKEN_TO_BE_REPLACED

Tom Rodeno, 50, a 20-year veteran in representing industrial spaces for Colliers International, based out of the Rosemont office with the title of … END_OF_DOCUMENT_TOKEN_TO_BE_REPLACED

A community in western Illinois has officially disbanded its police department over budget concerns. East Galesburg has been without its police … END_OF_DOCUMENT_TOKEN_TO_BE_REPLACED

The officer who died was the first Chicago cop shot and killed in the line of duty this year, Brown said. It's the first line-of-duty shooting … END_OF_DOCUMENT_TOKEN_TO_BE_REPLACED