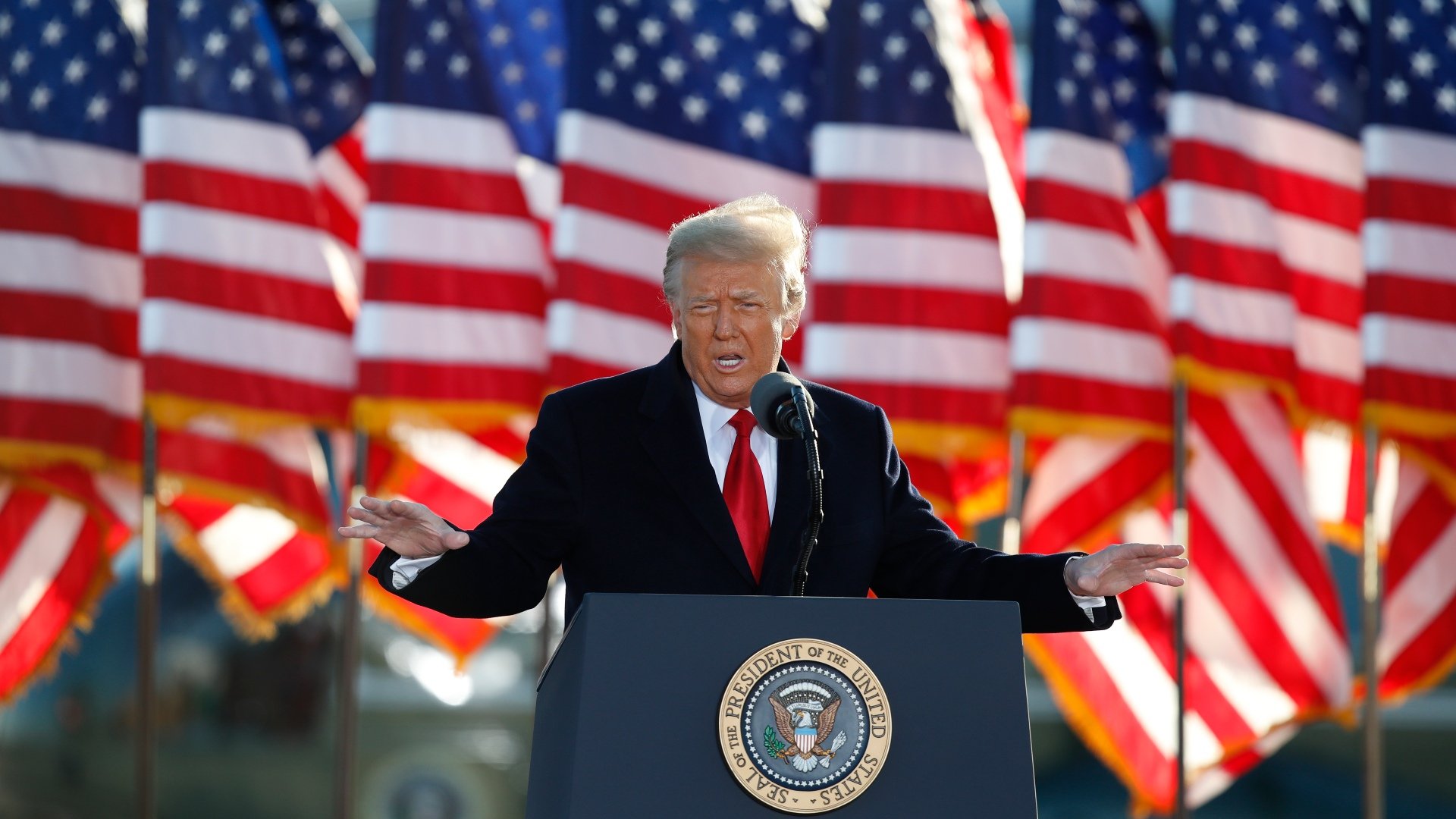 
Former President Donald Trump won’t return to Facebook — at least not yet.

Four months after Facebook suspended Trump’s accounts for inciting violence that led to the deadly Jan. 6 Capitol riot, the company’s quasi-independent oversight board upheld the bans. But it told Facebook to specify how long they would last, saying that its “indefinite” ban on the former president was unreasonable. The ruling, which gives Facebook six months to comply, effectively postpones any possible Trump reinstatement and puts the onus for that decision squarely back on the company.

That could leave Facebook in the worst of all possible worlds — one in which Trump’s supporters remain enraged over the bans, his critics pushing for broader social-media regulation and the company stuck with a momentous issue it clearly hoped the oversight board would resolve.

The decision only “kicks the can down the road,” said Jonathan Greenblatt, the head of the Anti-Defamation League, who said it highlighted the need for greater government oversight of social platforms.

The board ruled that Facebook was correct to suspend Trump’s account four months ago for inciting violence that led to the deadly Jan. 6 Capitol riot. But it said the company erred by applying a vague penalty and then passing the question of whether to ban Trump permanently to the board.

“Indefinite penalties of this sort do not pass the international smell test,” oversight board co-chair Michael McConnell said in a conference call with reporters. “We are not cops, reigning over the realm of social media.”

In a statement, Trump did not address the decision directly, but said that actions by Facebook, Twitter, and Google are “a total disgrace and an embarrassment to our Country.” He added: “These corrupt social media companies must pay a political price.”

The board agreed with Facebook that that two of Trump’s Jan. 6 posts “severely violated” the content standards of both Facebook and Instagram. “We love you. You’re very special,” he said to the rioters in the first post. In the second, he called them “great patriots” and told them to “remember this day forever.”

But it insisted that the company needed to take responsibility for its decision.

“Facebook should either permanently disable Trump’s account or impose a suspension for a specific period of time,” said board co-chair Helle Thorning-Schmidt, a former Danish prime minister.

The board said that if Facebook decides to restore Trump’s accounts, it must be able to promptly address further violations. Among other recommendations, it advised against drawing a firm distinction between political leaders and other influential users because anyone with a big audience can potentially cause serious risks of harm.

Facebook has long straddled that issue, granting political figures greater leeway than it allows ordinary users because, it argued, even their rule-breaking statements were important for citizens to hear.

Facebook created the oversight panel to rule on thorny content on its platforms following widespread criticism of its problems responding swiftly and effectively to misinformation, hate speech and nefarious influence campaigns. The board’s earlier decisions — nine of them before Wednesday — have tended to favor free expression over the restriction of content.

The board, which has 20 members and will eventually grow to 40, did not reveal how it voted on Trump’s suspension. It said a minority of members emphasized that Facebook should require users who seek reinstatement after being suspended to “recognize their wrongdoing and commit to observing the rules in the future.”

The decision has implications not only for Trump but for tech companies, world leaders and people across the political spectrum — many of whom have wildly conflicting views of the proper role for technology companies when it comes to regulating online speech and protecting people from abuse and misinformation.

After years of handling Trump’s inflammatory rhetoric with a light touch, Facebook and Instagram took the drastic step of silencing his accounts in January. In announcing the unprecedented move, Facebook CEO Mark Zuckerberg said the risk of allowing Trump to continue using the platform was too great.

“The shocking events of the last 24 hours clearly demonstrate that President Donald Trump intends to use his remaining time in office to undermine the peaceful and lawful transition of power to his elected successor, Joe Biden,” Zuckerberg wrote on his Facebook page on Jan. 7.

A day before the oversight board’s decision was announced, Trump unveiled a new blog on his personal website, “From the Desk of Donald J. Trump.” While the page includes a dramatic video claiming, “A BEACON OF FREEDOM ARISES” and hailing “A PLACE TO SPEAK FREELY AND SAFELY,” the page is little more than a display of Trump’s recent statements — available elsewhere on the website — that can be easily shared on Facebook and Twitter, the platforms that banished him after the riot.

Barred from social media, Trump has embraced other platforms for getting his message out. He does frequent interviews with friendly news outlets and has emailed a flurry of statements to reporters through his official office and political group.

Trump has even said he prefers the statements to his old tweets, often describing them as more “elegant.”

The number of international homebuyers declined sharply throughout the United States in the past year amidst the global COVID-19 pandemic, according … END_OF_DOCUMENT_TOKEN_TO_BE_REPLACED

Tom Rodeno, 50, a 20-year veteran in representing industrial spaces for Colliers International, based out of the Rosemont office with the title of … END_OF_DOCUMENT_TOKEN_TO_BE_REPLACED

Chicago’s city officials move the deadline for submitting a proposal for the planned casino to October 29, looking for more bidders. Chicago … END_OF_DOCUMENT_TOKEN_TO_BE_REPLACED

A community in western Illinois has officially disbanded its police department over budget concerns. East Galesburg has been without its police … END_OF_DOCUMENT_TOKEN_TO_BE_REPLACED

The officer who died was the first Chicago cop shot and killed in the line of duty this year, Brown said. It's the first line-of-duty shooting … END_OF_DOCUMENT_TOKEN_TO_BE_REPLACED