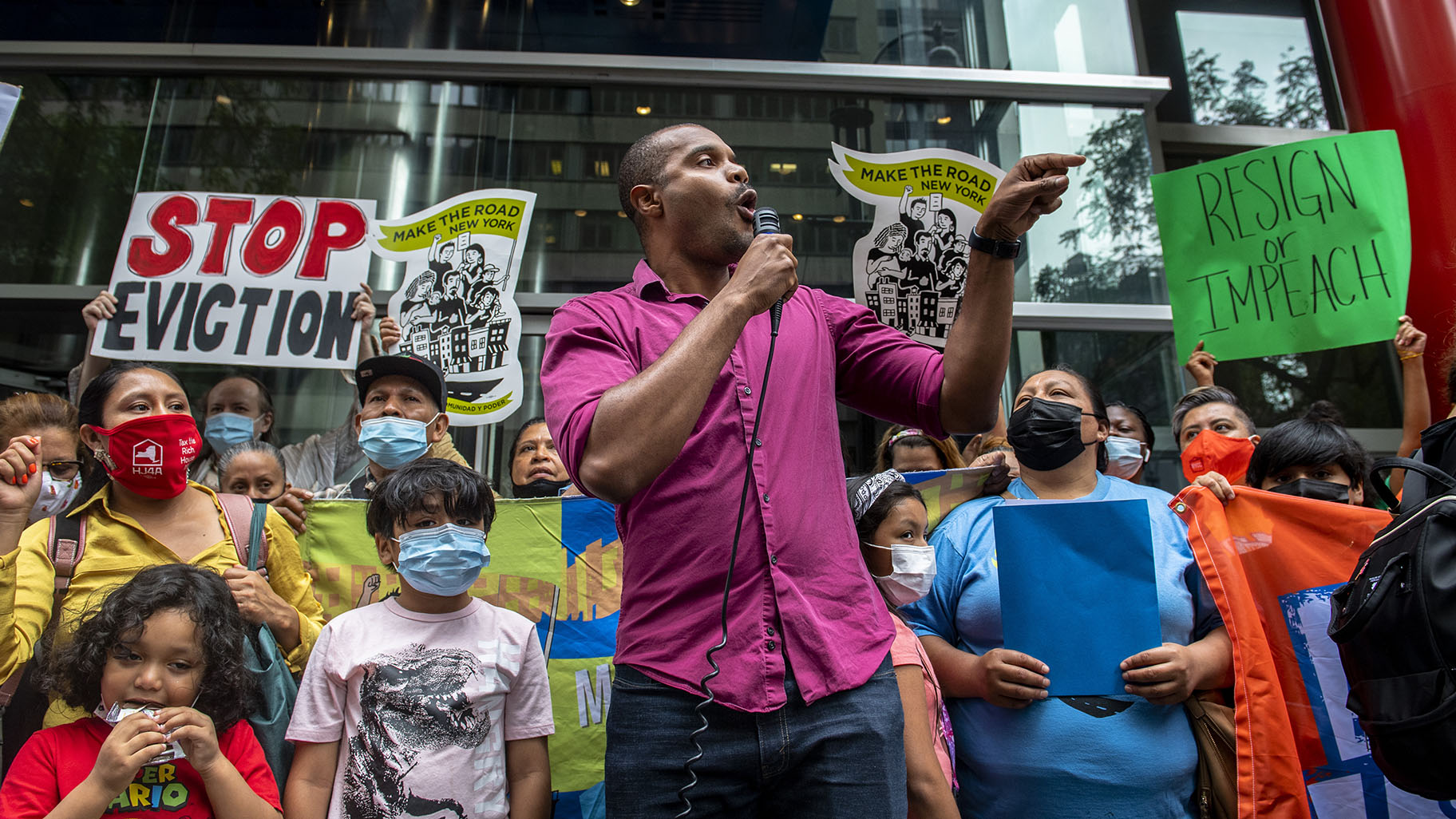 
BOSTON (AP) — After a federal eviction moratorium was allowed to lapse this weekend, the Centers for Disease Control and Prevention issued a new moratorium Tuesday on evictions that would last until Oct. 3.

The new moratorium aims to keep millions in their homes and prevent the spread of the coronavirus’ delta variant. The order cites the fact that there are lower vaccination rates in areas most at risk for eviction.

The moratorium also give states additional time to get out nearly $47 billion in rental assistance, most of which has yet to be distributed to tenants and landlords.

WHO BENEFITS FROM THE NEW MORATORIUM?

Most tenants facing eviction and who counted on the CDC moratorium in the past should be protected. The new ban would temporarily halt evictions in counties with “substantial and high levels” of virus transmission and is expected to cover areas where 90% of the U.S. population lives.

The number of tenants protected is likely to change, however, since it would stop being applicable in counties that go 14 days without seeing substantial or high levels of coronavirus transmission. Counties that are not covered now, but later experience spikes, would also fall under the moratorium when that happens.

There are concerns among advocates that judges, especially in rural areas, may ignore the CDC moratorium as some did earlier in the pandemic. Already, a lawyer in North Carolina said Wednesday that a judge refused to accept it as a defense because the Administrative Office of the Courts has not provided any guidance on it.

HOW CAN A TENANT USE THE MORATORIUM TO PREVENT AN EVICTION?

Just like the original CDC moratorium, a tenant facing eviction for nonpayment of rent must fill out a form and present it to their landlord or the owner of the property.

But as was the case previously, the order would not protect someone who engaged in criminal activities, damaged their apartment or threatened the health and safety of other residents among other violations

WILL THIS ORDER SURVIVE LEGAL CHALLENGES?

After pushing the CDC to reconsider its options, President Joe Biden acknowledged Tuesday that he wasn’t sure the new moratorium could withstand lawsuits about its constitutionality. Landlords had successfully challenge the original order in court.

When the U.S. Supreme Court allowed the eviction ban to remain in place through the end of July by a 5-4 vote, one justice in the majority, Brett Kavanaugh, wrote that Congress would have to act to extend it further.

Landlords groups reacted to the new order as they did the old one, criticizing it as an unfunded government mandate. They have yet to detail their legal strategy, though most housing advocates are counting on more lawsuits. Even if the order is overturned in court, advocates are hopeful it gives states enough time to get rental assistance out.

WHAT MORE COULD BE DONE FOR TENANTS?

Housing advocates have called the extension the best option given the current situation. Most would have liked Congress to take up the issue and pass a comprehensive eviction moratorium. But that is unlikely in the current political climate.

The other option is for states and cities to pass their own moratoriums, as many did during the pandemic. California, New York and New Jersey are among a handful of states that still have moratoriums in place.

But it’s unlikely that states or cities will enact their own, especially with the CDC extension in place. For most advocates, the focus remains on getting states to speed up the distribution of rental assistance — seen as the best long-term option to keeping tenants housed over the long-term and making landlords whole.

The number of international homebuyers declined sharply throughout the United States in the past year amidst the global COVID-19 pandemic, according … END_OF_DOCUMENT_TOKEN_TO_BE_REPLACED

Tom Rodeno, 50, a 20-year veteran in representing industrial spaces for Colliers International, based out of the Rosemont office with the title of … END_OF_DOCUMENT_TOKEN_TO_BE_REPLACED

Chicago’s city officials move the deadline for submitting a proposal for the planned casino to October 29, looking for more bidders. Chicago … END_OF_DOCUMENT_TOKEN_TO_BE_REPLACED

A community in western Illinois has officially disbanded its police department over budget concerns. East Galesburg has been without its police … END_OF_DOCUMENT_TOKEN_TO_BE_REPLACED

The officer who died was the first Chicago cop shot and killed in the line of duty this year, Brown said. It's the first line-of-duty shooting … END_OF_DOCUMENT_TOKEN_TO_BE_REPLACED