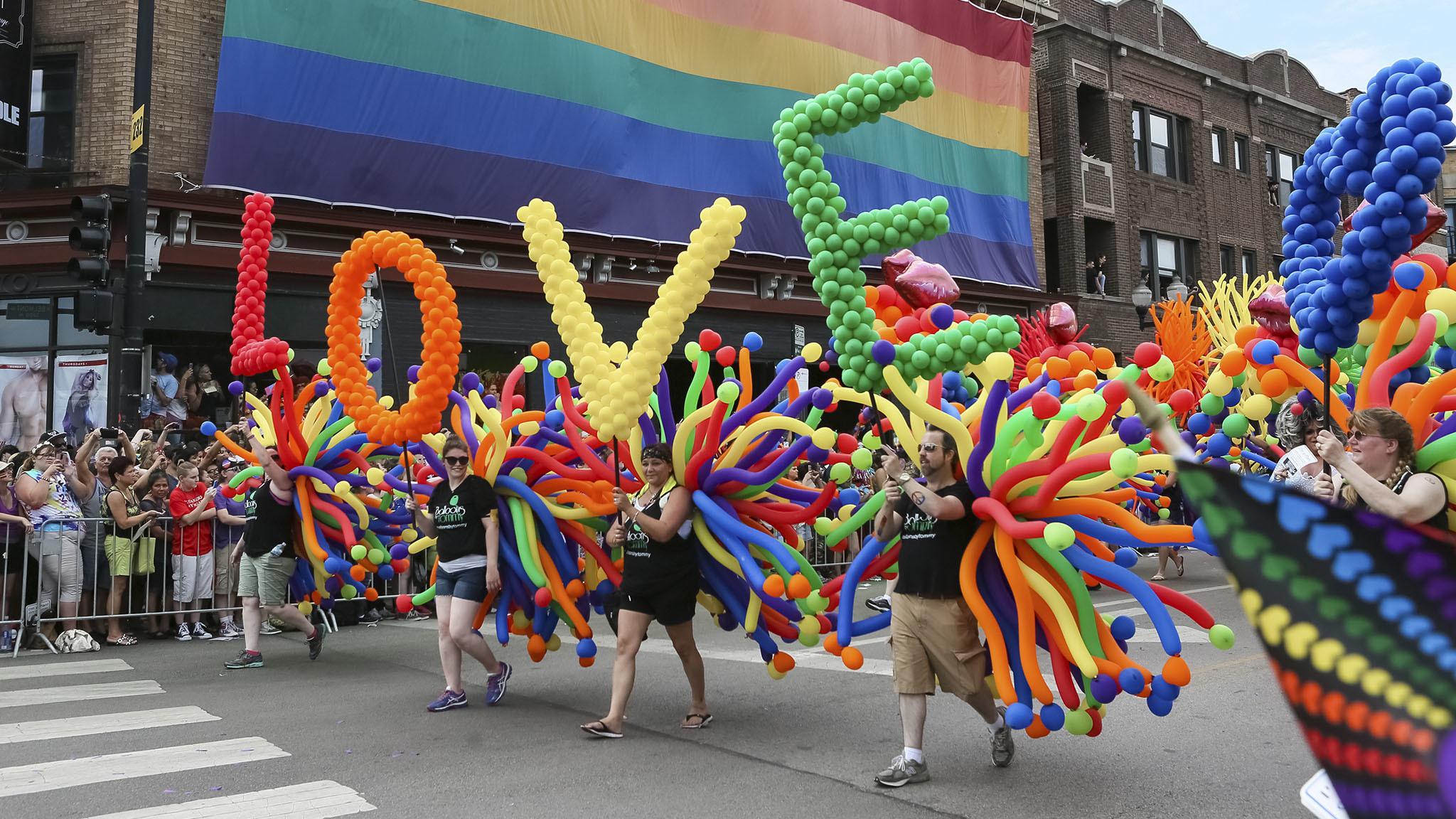 Chicago’s Pride celebrations are being extended past June this year: Following last year’s cancelation and uncertainty about whether large events would be possible in 2021, the Chicago Pride Parade is officially returning to Chicago on October 3, as first reported by Block Club Chicago.

The Chicago Pride Parade, which typically draws more than one million attendees to its route in Lakeview and Uptown, is usually held on the last weekend of Pride Month in June in honor of the the Stonewall Rebellion that helped kickstart the gay liberation movement. This year’s date instead marks the opening weekend of LGBTQ History Month in October, and the parade will maintain its usual route through the historically gay Northalsted neighborhood in Lakeview.

The parade will also coincide with the three-day Pride Fest celebrations, which are tentatively set for October 1–3 this year. Traditionally, the festival—featuring music, food, drag performances and other tributes to LGBTQ culture—occurs in the days leading up to the parade. Looking for other ways to celebrate Pride during June this year? You can still nab tickets for Pride in the Park, a two-day concert in Grant Park that is happening during the last week of June as usual.

The number of international homebuyers declined sharply throughout the United States in the past year amidst the global COVID-19 pandemic, according … END_OF_DOCUMENT_TOKEN_TO_BE_REPLACED

Tom Rodeno, 50, a 20-year veteran in representing industrial spaces for Colliers International, based out of the Rosemont office with the title of … END_OF_DOCUMENT_TOKEN_TO_BE_REPLACED

Chicago’s city officials move the deadline for submitting a proposal for the planned casino to October 29, looking for more bidders. Chicago … END_OF_DOCUMENT_TOKEN_TO_BE_REPLACED

A community in western Illinois has officially disbanded its police department over budget concerns. East Galesburg has been without its police … END_OF_DOCUMENT_TOKEN_TO_BE_REPLACED

The officer who died was the first Chicago cop shot and killed in the line of duty this year, Brown said. It's the first line-of-duty shooting … END_OF_DOCUMENT_TOKEN_TO_BE_REPLACED