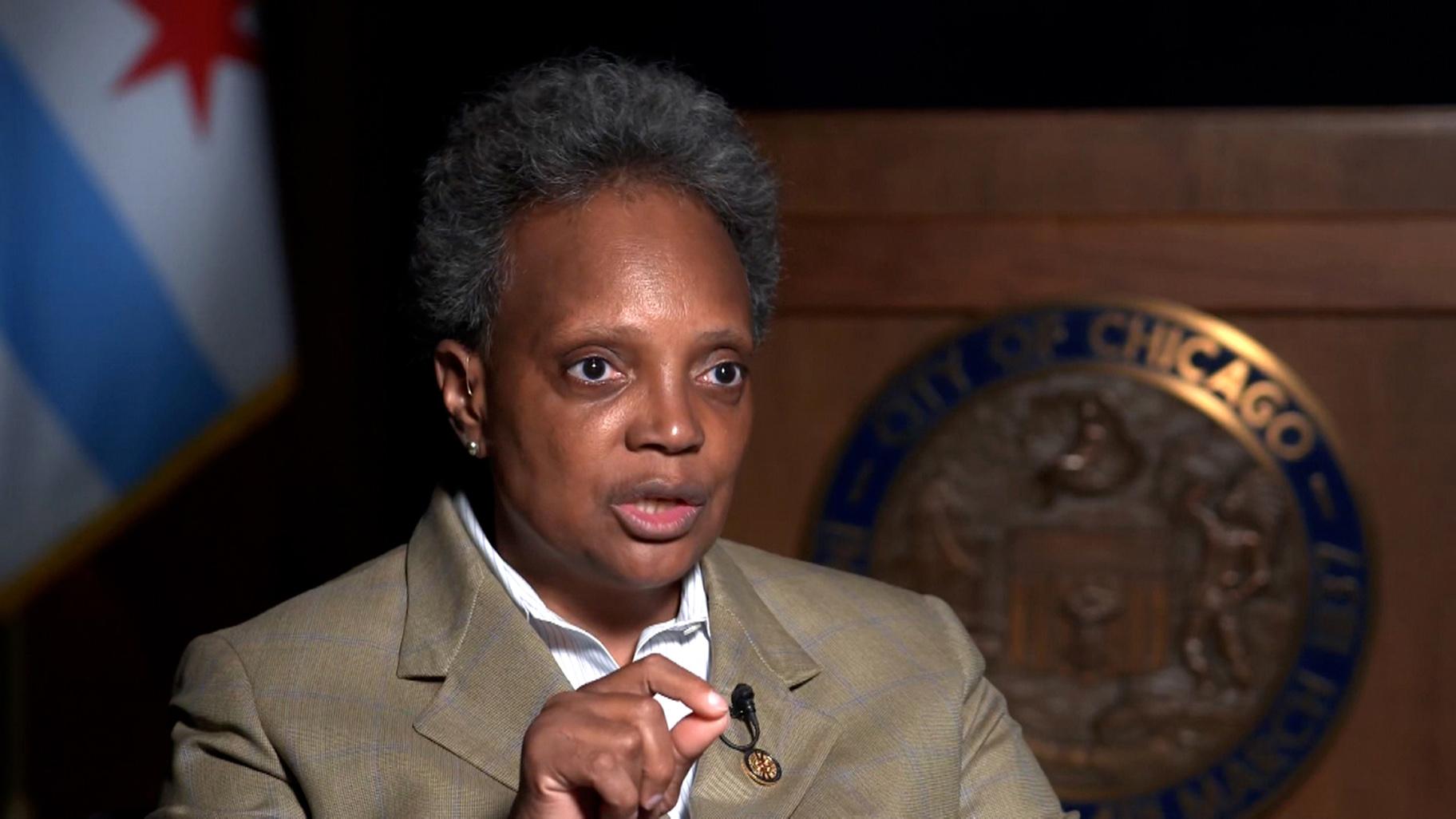 
(CNN) — “I’m not saying I’m God or I can prevent anything from happening, but I know in my heart I did what I can at 1 or 2 in the morning to help put this guy in a safer environment.”

That’s how Jervon Hicks describes his mission as an outreach worker and life coach on Chicago’s South Side.

Growing up in the city, Hicks, 44, found himself behind bars multiple times for what he says was “guns and shooting.” Now, he’s trying to prevent his history from becoming someone else’s future.

Hicks works with the anti-gun violence group Chicago CRED, or Creating Real Economic Destiny. He doesn’t have a badge, gun or vest — he has what he calls an “LTO,” or a figurative license to operate on some of Chicago’s more violent South Side streets, earned through reputation and relationships.

“No amount of money can change what’s going on if you don’t have your feet on the ground,” said Hicks.

It’s a critical part of the city’s wider-ranging approach to help prevent gun violence in Chicago — what Mayor Lori Lightfoot has called a “whole-of-government approach” to public safety.

Through mid-June, the city has recorded more than a 30% increase in murders compared to 2019, and a nearly 60% jump over the same period when it came to shootings, according to data released by the Chicago Police Department.

The homicide rate for Black Chicagoans is nine times higher than for any other racial demographic, according to data released by the city Department of Public Health.

The new whole-of-government strategy highlights four “zones” across Chicago the city says are driving a disproportionate amount of violent crime. Then, using schools, libraries, family support services and other departments, the city is trying to fight violence with resources, all the way down to the block level.

The strategy was announced in late May based on data from the summers of 2018, 2019 and 2020, Lightfoot announced at a news conference.

The city’s increase in violent crime reflects a nationwide trend as gun violence continues to soar leading into the summer months.

“Our young men, the ones that are most likely to be the victims, but also the perpetrators of crime, have to know at the earliest possible stage, their destiny is not pre-ordained to be picking up a gun, minding somebody’s corner spot, going to jail, or an early death,” Lightfoot told CNN.

“Having a strategy that relies exclusively or even primarily just on law enforcement doesn’t work. And we know that. We’ve spent billions of dollars across the city policing without other supports for communities and it’s not moving the needle fast enough, deeply enough or permanently enough,” Lightfoot said.

‘Policing has to be different’

Despite a focus on more community support, police are still a major part of the whole-of-government public safety approach, even if it means “shut up and listen.”

“If you’re not, as a law enforcement leader or officer, open to reform, you’re in the wrong business. We have to change our culture. Full stop. Put a period right there. There’s no going back to the way it used to be,” said Chicago police Superintendent David Brown in an interview with CNN. “Policing has to be different.” 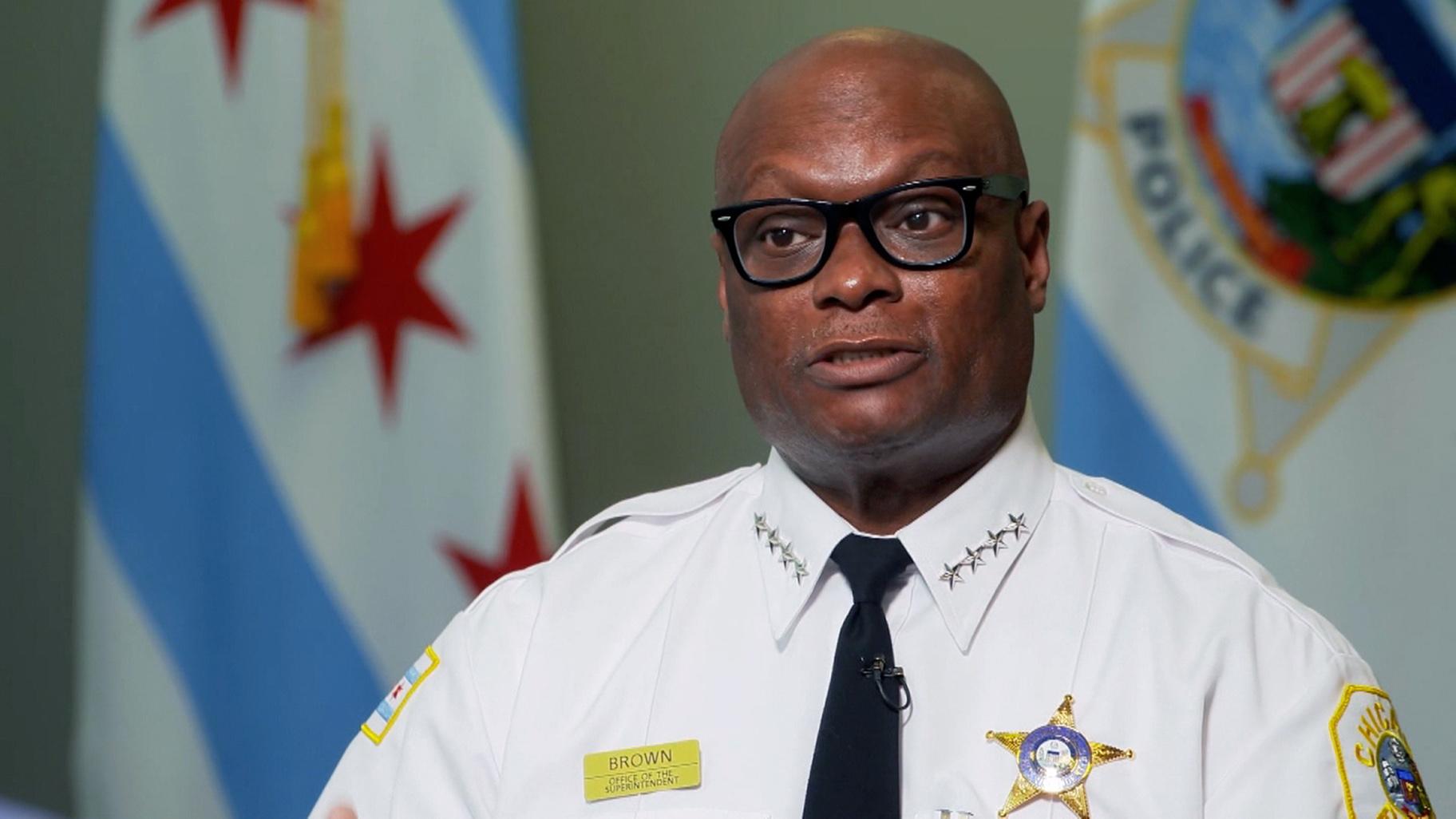 David Brown is superintendent of the Chicago Police Department, which has a new foot pursuit policy in the wake of high-profile and controversial police shooting deaths. (Leonel Mendez / CNN)

Some have questioned whether “different” should mean less. The Chicago Police Department employs roughly 13,000 police officers, making it the second-largest police department in the country despite being the third-largest city.

“Let’s just say for example, instead of 13,000 police officers we had 8,000, but we had 5,000 more outreach workers, clinicians, life coaches, educators, job developers who are stopping the violence,” said Arne Duncan, co-founder of CRED and a former US secretary of education. “We’ve got to give them a reason to stop committing crimes and put down the guns.”

Brown doesn’t disagree with that notion but said he doesn’t believe the infrastructure is there yet to be as effective as many would hope, especially in certain neighborhoods.

“If they get addicted to drugs, they can’t go to California and be in that really nice swanky addiction treatment facility. They’ve got to go to a facility that’s — the line is out the building. You make an appointment, you get it next month while you deal with your addiction,” said Brown.

“So you’re saying let’s pull back on policing before we have some of these solutions that we envision will work without the capacity or the function,” he said.

As part of the latest wave of public safety initiatives, the Chicago Police Department is in the process of implementing a new foot pursuit policy, following the high-profile and controversial police shooting deaths of 22-year-old Anthony Alvarez and 13-year-old Adam Toledo at the end of foot chases.

The policy is still undergoing input from the community and a federal consent decree independent monitor, but it includes prohibiting foot chases stemming from minor traffic offenses, positioning officers in a way that discourages running, and prohibiting punishment for deciding not to engage in or continue a foot chase.

It’s being implemented in an interim form and expected to take final shape later this year within compliance of a federal consent decree and its Independent Monitoring Team.

“It doesn’t lead to higher crime, it doesn’t prevent officers from doing their jobs, so let’s debunk those myths,” Brown said in an interview with CNN. “It actually makes us safer because officers are safer as it relates to foot pursuit policies and the outcomes for offenders fleeing is safer.”

Since January 2019, Chicago has seen more mass shootings than any other major city in the United States, according to data compiled by the Gun Violence Archive. Over the weekend, 12 mass shootings left a dozen people dead and at least 60 injured across the United States, GVA data shows. Among the victims were at least two children, a 10-year-old and a 15-year-old, police said.

CNN defines a mass shooting as four or more people shot, not including the shooter.

In the first three months of this year, the homicide rate in more than 30 US cities increased by 24% compared to the same time period in 2020, according to the National Commission on COVID-19 and Criminal Justice. Gun assaults jumped by 22%.

“What changed in 2020 is the pandemic, and we’re still seeing those pandemic effects,” said Lightfoot. “We know how to fight this, but we’ve got to use every tool in our tool box.”

Of Chicago’s 77 neighborhoods, 23 are more than 80% Black and over half of those suffer from “high levels of economic hardship,” according to The State of Health for Blacks in Chicago, a report released by the city’s public health department. All of the “whole-of-government” violence zones feature at least one of those neighborhoods suffering economic hardship — such as Roseland, where Hicks is from.

It’s part of why the city declared racism a public health crisis, hoping to shift toward investigating root causes rather than being responsive.

Through June, Chicago’s homicide rate saw a slight improvement, up only 4% from the same time last year, compared with January when the number of homicides was up 34% at that time compared to January 2020, according to the Chicago Police Department.

Outreach in an ‘extraordinarily dark time’

The stakes are as high as human life, and those working to preserve it aren’t immune.

“It started with the pandemic, and then the George Floyd murder,” said Duncan, CRED’s co-founder. “Those next six or eight weeks after that were honestly probably the worst six or eight weeks of my life. We had a staff member killed, we had three of our young men killed, we had a 20-month-old baby of one our men (that) was killed, and it was just an extraordinarily dark time.”

Just before CNN’s interview with Duncan and Hicks, a 16-year-old who Duncan said was “just starting” to engage with their program was shot and killed.

It’s a reality that adds urgency for outreach workers such as Hicks.

“I done had situations where I know (mediators) have been called and didn’t come out and a few hours later this individual done got locked up or maybe even shot,” said Hicks.

Building from the ground up is the only way to make any meaningful change, said Duncan, who also pushed back on negative stereotypes he says some of his men and women face because of their histories or because of how they look as Black men.

“Many of our staff used to shoot people. You can perceive them some way, (but) they are literally life savers every single day. We can’t win this battle without them,” said Duncan.

“We care for real, I mean I don’t — I don’t get accolades for this, I don’t make social media posts about things that I done done. It’s not about me,” said Hicks. “If you want to be in the streets, so be it. If you want to change, that’s what we’re here for.”

The number of international homebuyers declined sharply throughout the United States in the past year amidst the global COVID-19 pandemic, according … END_OF_DOCUMENT_TOKEN_TO_BE_REPLACED

Tom Rodeno, 50, a 20-year veteran in representing industrial spaces for Colliers International, based out of the Rosemont office with the title of … END_OF_DOCUMENT_TOKEN_TO_BE_REPLACED

Chicago’s city officials move the deadline for submitting a proposal for the planned casino to October 29, looking for more bidders. Chicago … END_OF_DOCUMENT_TOKEN_TO_BE_REPLACED

A community in western Illinois has officially disbanded its police department over budget concerns. East Galesburg has been without its police … END_OF_DOCUMENT_TOKEN_TO_BE_REPLACED

The officer who died was the first Chicago cop shot and killed in the line of duty this year, Brown said. It's the first line-of-duty shooting … END_OF_DOCUMENT_TOKEN_TO_BE_REPLACED