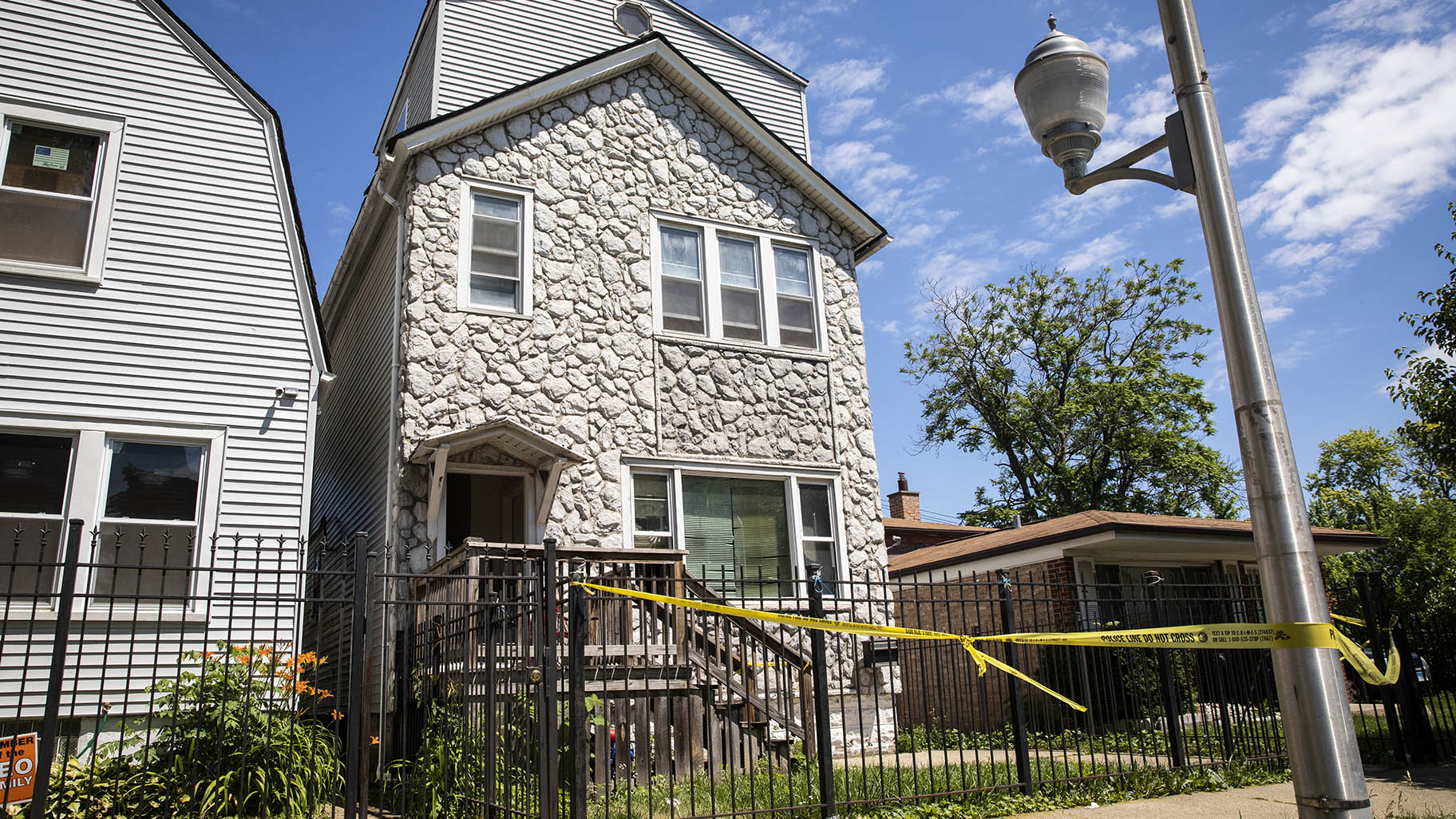 
CHICAGO (AP) — Chicago’s police superintendent said Monday that his decision to strip an officer’s police powers was tied in part to the officer’s ownership of a house on the city’s South Side where gunmen killed five people and injured three others.

But Superintendent David Brown would not elaborate on why such a drastic step was taken against Enrique Badillo Sr. for his ownership of a building. He said there were “multiple reasons” for the discipline, which he linked to the fatal shooting. Badillo has an unlisted phone number and could not be reached for comment.

Police said Monday that the investigation was continuing but that no arrests have been made. They have said they believe someone broke into the house and shot eight people; four of them died at the scene and a fifth died on Saturday. All the people who died had been shot in the head.

Even before the mass shooting prompted the department to strip Badillo of his police powers, there were questions about the building and his ownership of it. Police had responded to numerous calls about disturbances at the residence, Brown said at a news conference last week.

In November 2019, police responding to a call of a person shot at the residence found a man had been injured by gunfire. The Chicago Sun-Times reported that officers found shell casings and dice on the floor, and a witness told officers that there were at least 50 people in a party where people were drinking and playing dice when shots rang out.

That shooting prompted an inspection by the city’s building department that revealed a number of building code violations and the city filed a “public nuisance” lawsuit. But the lawsuit stalled because city officials were unable to reach the building’s owner until after last Tuesday’s shooting.

The number of international homebuyers declined sharply throughout the United States in the past year amidst the global COVID-19 pandemic, according … END_OF_DOCUMENT_TOKEN_TO_BE_REPLACED

Tom Rodeno, 50, a 20-year veteran in representing industrial spaces for Colliers International, based out of the Rosemont office with the title of … END_OF_DOCUMENT_TOKEN_TO_BE_REPLACED

A community in western Illinois has officially disbanded its police department over budget concerns. East Galesburg has been without its police … END_OF_DOCUMENT_TOKEN_TO_BE_REPLACED

The officer who died was the first Chicago cop shot and killed in the line of duty this year, Brown said. It's the first line-of-duty shooting … END_OF_DOCUMENT_TOKEN_TO_BE_REPLACED