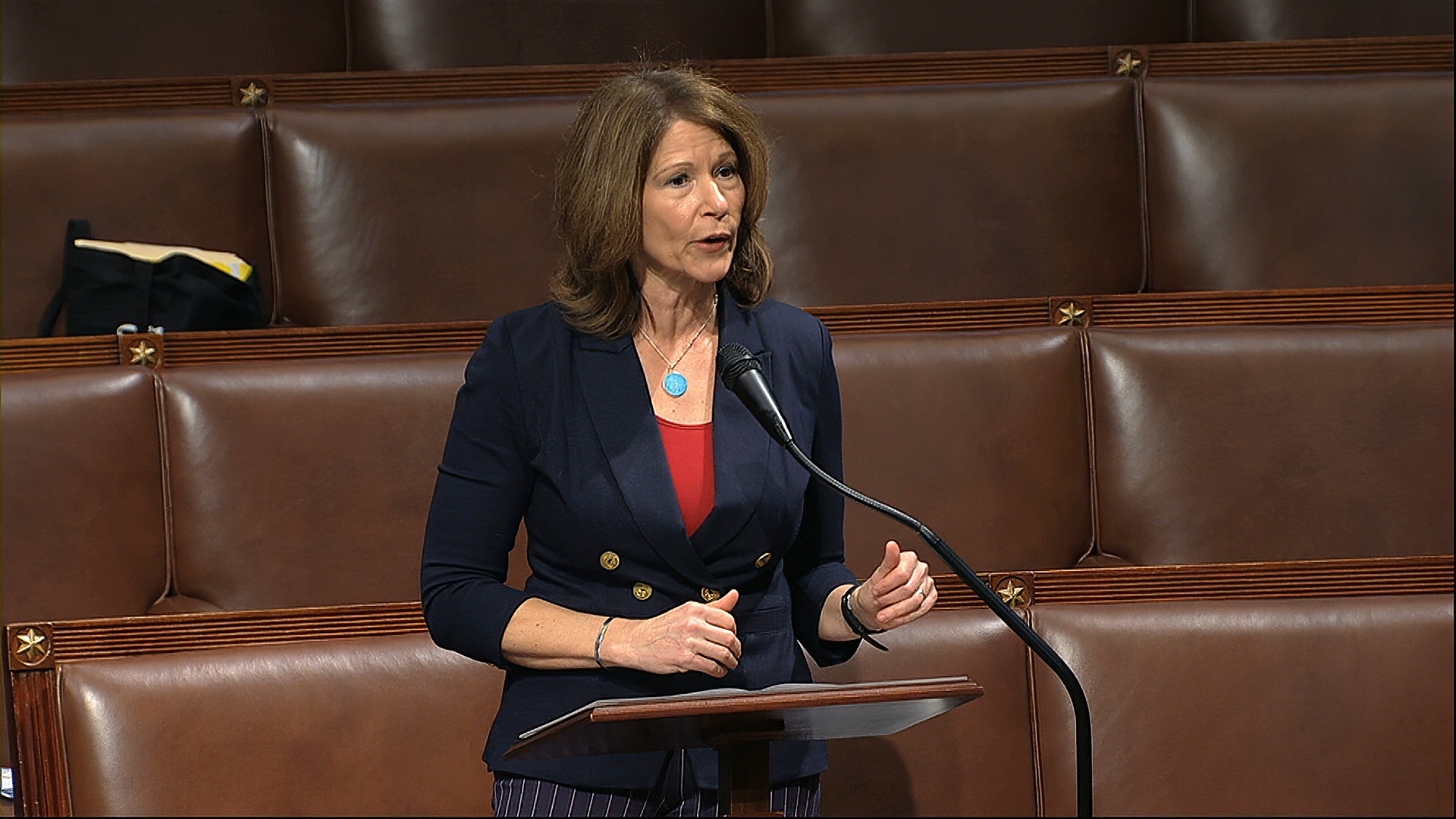 In this April 23, 2020, file image from video, Rep. Cheri Bustos, D-Ill., speaks on the floor of the House of Representatives at the U.S. Capitol in Washington. (House Television via AP, File)


CHICAGO (AP) — Rep. Cheri Bustos of Illinois, one of the few congressional Democrats from rural America, said Friday that she will not seek reelection next year, stepping aside after playing a lead role in 2020 elections that unexpectedly saw her party nearly lose House control.

Bustos, who was first elected to her largely rural district in 2012, became chair of the Democratic Congressional Campaign Committee for the 2020 campaign after arguing that Democrats needed to do more to appeal to voters in the heartland who supported Donald Trump and other Republicans in 2016.

Instead, she drew fire from fellow Democrats last fall after guiding the DCCC to a near-disastrous Election Day. While many in both parties and independent analysts thought Democrats would modestly pad their House majority in November, they instead lost 11 seats and nearly surrendered control of the chamber to Republicans.

Bustos, only narrowly reelected to her own seat, announced the week after the election that she would not seek to run the campaign committee again. Chairing the campaign arm is a coveted post, and it can be a pathway to higher leadership positions.

In a video released Friday, the 59-year old said she takes time every decade to “reflect and evaluate what my next chapter might bring.

“That’s how, 10 years ago, I decided to run for Congress,” she said. “And it’s why, today, I am announcing I will not seek reelection after completing this term.”

Bustos’ decision is sure to fuel Republicans’ already high hopes of capturing House control in next year’s elections by eliminating a Democrat who’s been able to win over the years in a rural, blue-collar district. The district covers the northwestern part of the state and includes parts of Rockford and Peoria.

Bustos’ move could also be dispiriting for Democrats. They will need to retain closely divided districts like hers to remain in the House majority and don’t want to send any signals that vulnerable incumbents are beginning to bail out.

But from a practical standpoint, the impact of her departure is less clear. Illinois will lose one House seat in 2023 following the reapportionment of congressional districts triggered by last year’s Census, and Democrats controlling the process are sure to redraw the lines to maximize their chances.

“Failed @dccc chair @CheriBustos has such little faith in @HouseDemocrats that she’s calling it quits. What a fall,” tweeted Michael McAdams, communications director for the National Republican Congressional Committee.

Bustos is among four House Democrats who are not seeking reelection next year, compared to five Republicans.

Democrats currently have a 218-212 House advantage, with five vacancies.

It also means Republicans need only to gain a handful of seats in 2022 to win control. History shows that the party that does not hold the White House usually gains large numbers of seats in midterm elections.

The number of international homebuyers declined sharply throughout the United States in the past year amidst the global COVID-19 pandemic, according … END_OF_DOCUMENT_TOKEN_TO_BE_REPLACED

Tom Rodeno, 50, a 20-year veteran in representing industrial spaces for Colliers International, based out of the Rosemont office with the title of … END_OF_DOCUMENT_TOKEN_TO_BE_REPLACED

Chicago’s city officials move the deadline for submitting a proposal for the planned casino to October 29, looking for more bidders. Chicago … END_OF_DOCUMENT_TOKEN_TO_BE_REPLACED

A community in western Illinois has officially disbanded its police department over budget concerns. East Galesburg has been without its police … END_OF_DOCUMENT_TOKEN_TO_BE_REPLACED

The officer who died was the first Chicago cop shot and killed in the line of duty this year, Brown said. It's the first line-of-duty shooting … END_OF_DOCUMENT_TOKEN_TO_BE_REPLACED