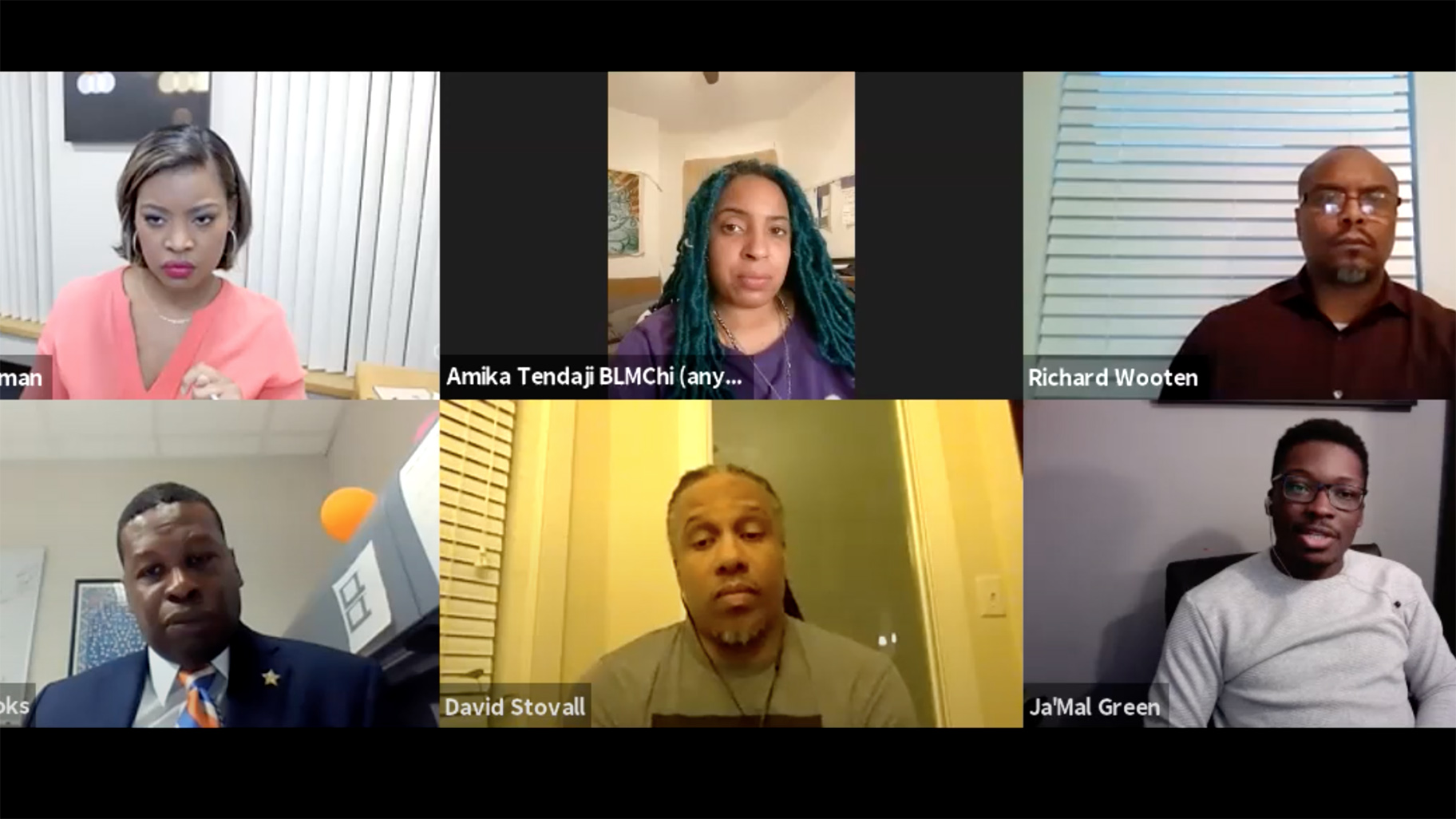 This verdict came roughly 11 months after Chauvin kneeled on Floyd’s neck for more than 9 minutes. The video of Floyd’s killing circulated on social media and led to protests and demonstrations in Minneapolis and across the country over the summer.

On Monday, “Chicago Tonight: Black Voices” host and “Chicago Tonight” co-host Brandis Friedman moderated a community conversation about the Chauvin verdict, including what it means for racial justice and policing in Chicago and the U.S.

Friedman was joined by Amika Tendaji, executive director of Black Lives Matter Chicago; Ja’Mal Green, a community strategist and founder of Majostee AllStars; Richard Wooten, founder of Gathering Point Community Council and a retired Chicago police officer; Glen Brooks, director of public engagement for the Chicago Police Department; and David Stovall, a professor of African American studies and criminology, law and justice at the University of Illinois at Chicago.

During the conversation, our panel members discussed their reactions to the verdict, how watching the trial impacted them, and what the conviction means as the country faces other cases of police killing Black and brown residents, such as that of Daunte Wright in Brooklyn Center, Minnesota, Ma’Khia Bryant in Columbus and Adam Toledo in Chicago.

The “Chicago Tonight: Voices” May community conversation is set for Monday, May 24 at 8 p.m. A year after the killing of George Floyd, the conversation will check in with community leaders in Chicago about the path forward. Visit WTTW.com/events to RSVP.

The number of international homebuyers declined sharply throughout the United States in the past year amidst the global COVID-19 pandemic, according … END_OF_DOCUMENT_TOKEN_TO_BE_REPLACED

Tom Rodeno, 50, a 20-year veteran in representing industrial spaces for Colliers International, based out of the Rosemont office with the title of … END_OF_DOCUMENT_TOKEN_TO_BE_REPLACED

A community in western Illinois has officially disbanded its police department over budget concerns. East Galesburg has been without its police … END_OF_DOCUMENT_TOKEN_TO_BE_REPLACED

The officer who died was the first Chicago cop shot and killed in the line of duty this year, Brown said. It's the first line-of-duty shooting … END_OF_DOCUMENT_TOKEN_TO_BE_REPLACED